Gianfranco Rosi spent three years travelling the Middle East, and capturing the lives of people in war zones. People who lost their families and relatives. People who live in fear that the enemy will suddenly return and terminate their lives. People whose memories will haunt them until the end of their days.

The film is comprised of random fragments that don’t necessarily fit together. Despite the title, the action takes place both at day and nighttime. A woman caresses the walls of a chamber where her son was imprisoned, tortured and killed. She can now reconnect with him, she claims, in a way similar to when he was inside her womb. A young boy recalls the massacre of the Yazidis in the hands of Isis, in the movie’s most powerful sequence. His vivid drawings show four black-clad Isis activists torturing, castrating, cutting up limbs and beheading the followers of the endogamous, monotheist religion. Cars drive past a partly collapsed bridge as a powerful water current threatens to pull them into the river, where they would face likely death. A group of actors rehearse on stage a play dotted with political references, including some very sharp criticism of the US. 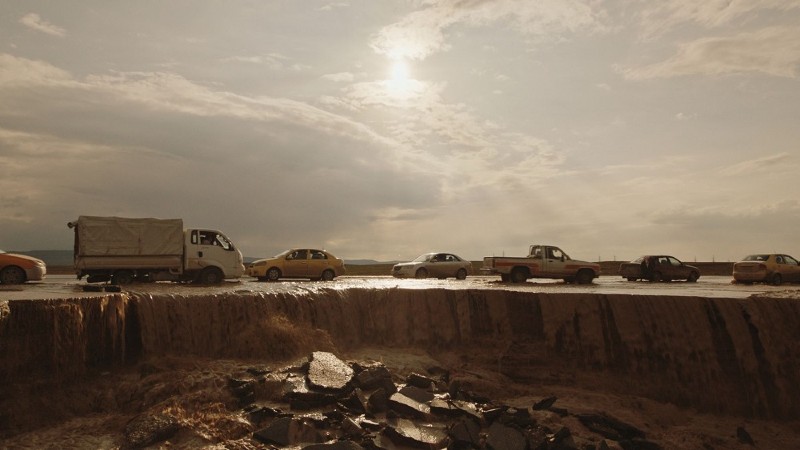 The failure to contextualise the film in more detail also contributes to overemphasis on the visuals, neglecting the complex nature of the various conflicts almost entirely. Most of the time, it is virtually impossible to say where the action is taking place, unless you are very familiar with the Middle East, its cultures and languages. One of the subjects rejects Iranian rule, suggesting that he is in the Iranian part of Kurdistan. I have no idea whether the Turkish, Iraqi and Syrian parts of Kurdistan are featured in the movie. And I could not work out the Lebanon bits.

Gianfranco Rosi won the Golden Bear four years ago with a highly political documentary about the journey of African refugees trying to get into Italy, Fire at Sea. In Nocturnal, he shifts his focus to the neighbouring continent, while still focusing on people who have seen death up close. A noble purpose, at least in principle. We Europeans need to learn about the suffering of human beings in the Middle East, our predatory history and accountability. Unfortunately, in Rosi’s latest movie we do little more than contemplate these unfortunate people.

Notturno showed in Competition at the 77th Venice International Film Festival, when this piece was originally written. It premieres in London in October as part of the BFI London Film Festival. On Mubi on Friday, March 5th (2021)