"Thoroughly sanitised movie"
A dispassionate Australian hitman embarks on a killing spree in Indonesia, in a film riddled with bullets, predictable tropes and cliches - on VoD on Monday, August 17th

There are films that are noteworthy of a certain genre. With horror, you look at Hitchcock’s 1960 Psycho; with Westerns, there’s Sam Peckinpah’s 1969 The Wild Bunch) and then there are films that are the antithesis of a genre. In the case of Scott Pearson’s 2019 film, Message Man, a film about a monosyllabic Australian hitman stopping a human trafficking ring in Indonesia, it belongs in the garbage bin of hitman movies.

The press release describes the movie as “a slick slice of action entertainment that blends old school action flair, with today’s epic set pieces.” In reality, the film is nothing short of a hatchet job with predictable tropes from the countless hitman movies of the past.

Paul O’Brien plays Ryan Teller, an emotionally devoid man with a violent past who is stranded on an Indonesian island until his boat is repaired. Ryan is welcomed onto the island by an impoverished family whose children are kidnapped by a gang of sex traffickers. Ryan’s past catches up to him, or as much as one is led to believe since the exposition is not as fluid and slick as the press release makes Message Man out to be. With a plot shamelessly lifted from Taken (Pierre Morel 2008), including a pathetic mobile phone call between Ryan and a criminal kingpin, this is a low-grade flick of the ear rather than an action-packed punch to the gut. 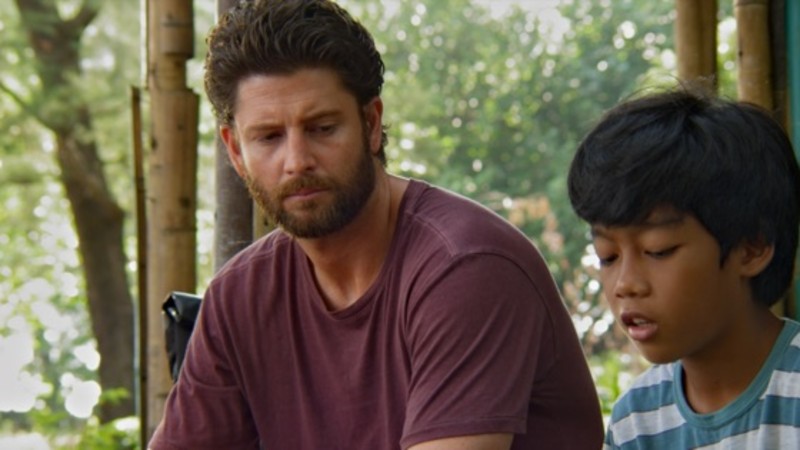 Additionally, Pearson’s representation of the Indonesians as either impoverished victims or money-grubbing killers is irritating as much as it is insensitive. I was reminded of the critical backlash Alan Parker received with the release of Midnight Express (1978), in which the Turkish people (played by Maltese and Italian actors) were represented as violently corrupt stereotypes in the eyes of an American locked up abroad. Unlike Alan Parker who managed to make an engaging genre film despite the racial controversy, Pearson’s Message Man is shoddy even when it tries to become action-slacked thriller. The images of heads and limbs blown apart with digital blood cascading the screen adds another layer of feckless stupidity to an otherwise dimwitted plot of an armed white man single-handedly taking out a foreign crime syndicate.

Even the cast could not keep this sinking ship of a film afloat. O’Brien epitomises wooden acting with his lacklustre line delivery that would make Steven Seagal look like Daniel Day Lewis. My only sympathy goes towards the Indonesian cast who had to see their culture diluted by Pearson’s pathetic wet dream of a macho-man movie. In short, Message Man would have been somewhat redeemable if it were called Return to Sender instead!

Message Man is available on VoD from Monday, August 17th.