"Filthy genius movie"
A boy and a little bird travel across the fantastic world entirely crafted by Latvian artist and filmmaker Gints Zilbalodis, in this animated movie comparable to Disney's Fantasia - in cinemas Friday, August 28th

In 1940, Walt Disney released Fantasia, a dense collage of childhood memory and cosmic awe, considered by many to be the most astonishing feat of animated ingenuity. Fast forward 80 years, and we have Away, a soaring collection of kaleidoscopic vignettes. Very few animated films have so succinctly married visual and strings since Disney collated a whole tapestry of idiosyncratic images to the beat of the Philadelphia Orchestra. But there are also remarkable differences: the Disney classic was directed by 12 filmmakers and used state-of-the-art technology, while Away is the byproduct of the imagination of one single director, and deploys minimalist animation.

Gints Zilbalodis’s animated feature starts as a slow-burn, psychedelic masterwork, before unravelling into something much more affecting and human. We follow the ventures of an unnamed protagonist forward on a motorbike, with nought for company but the calming presence of a chirping bird. Behind the ephemeral monster that awaits this duo, is the outstretch of road that presents the passageways they must follow. They are trying to escape a dark spirit and return home. And, as far as plot goes, that’s about it. 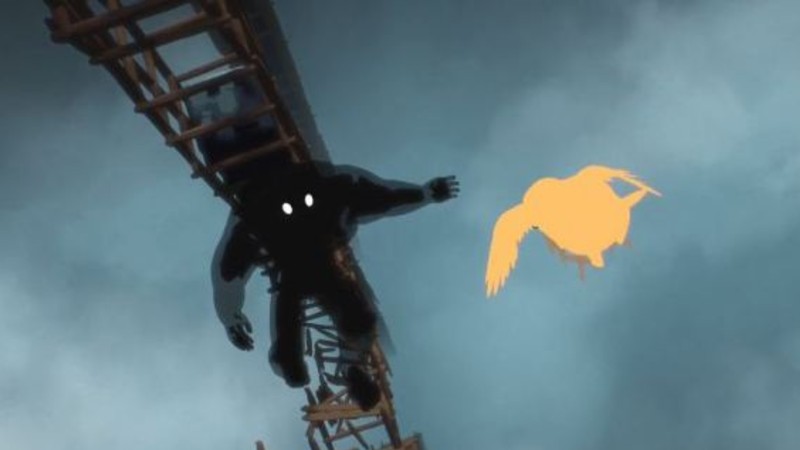 The story works as a love letter to an almost forgotten era of storytelling, plunging viewers headfirst into the spiralling events on display. Zilbadolis is fearless in pushing viewers into a story that requires little understanding of the character’s purpose. In an industry hellbent on answering audience concerns, this entry’s exploratory nature is as beautiful in its anarchy as in its artistry.

The jolt of chemistry between visual and soundtrack is instant, creating a cohesive, hybrid world for the viewer to slip into. As it happens the film is almost entirely dialogue free, and centres entirely on the language of visuals. Nature surrounds the protagonist. Plastered with graceful, radiant brush strokes, the landscape swallows us with passion.

This is visual poetry at its best. It echoes a tenable emotion that lies deep inside of each one of us.

Away is in cinemas on Friday, August 28th.