"Greasy movie"
Russian movie offers a ferocious and menacing addition to the alien genre - streaming on Digital and selected cinemas in the UK, and on Digital and Cable VoD in the US from Friday, August 14th.

Russia, 1983 – Colonel Semiradov (Fyodor Bondarchuk), the head of a secluded military facility recruits the maverick doctor Tatiana Klimova (Oksana Akinshina), to evaluate Konstantin Sergeyevich (Pyotr Fyodorov) the sole surviving cosmonaut of the spacecraft Orbit-4. In the process of her work, she learns that he may have brought back to Earth an alien parasite, and Semiradov’s motivations lie in weaponising it.

I’ll never forget the unsettling feeling I had watching the opening of Roland Emmerich’s Independence Day (1996), the memory of which still conjures up an eerie feeling. The triumph of mankind darkened by the shadow of an extraterrestrial force creeping over the lunar landing site. The music building to the big reveal of the alien vessel appearing overhead with Earth in the distance. It’s cinematic storytelling with an adrenaline rush. This one scene is symbolic of how humanity’s gaze to the stars has been one of wonder and fear – the achievement of our adventurous spirit juxtaposed with the fear of the unknown depths of space.

Out of this fear cinema has presented the unscrupulous nature of man as a source of terror, and the comparative nature of the ambitions of the socialist Soviet Union and a futuristic vision of capitalism. These are two opposing forms of political ideology, but Semiradov’s intentions to weaponise the parasite recalls the Weyland-Yutani Corporation of the Alien franchise, who have similar ambitions for the Alien.

In one scene, Semiradov says to Klimova, “Do you know why we need weapons? Weapons guarantee peace. A pack of dogs would tear each other to pieces. In order to live in peace, they need one leader.” His argument is an oversimplification – the world is divided up as a more than a pack of dogs, and the reason for weapons is peace through a propensity for mutual destruction. Our political world is built on this idea, and we still see tensions with countries such as Iran over nuclear development programmes, a deterrent to military threats from political and economic adversaries. 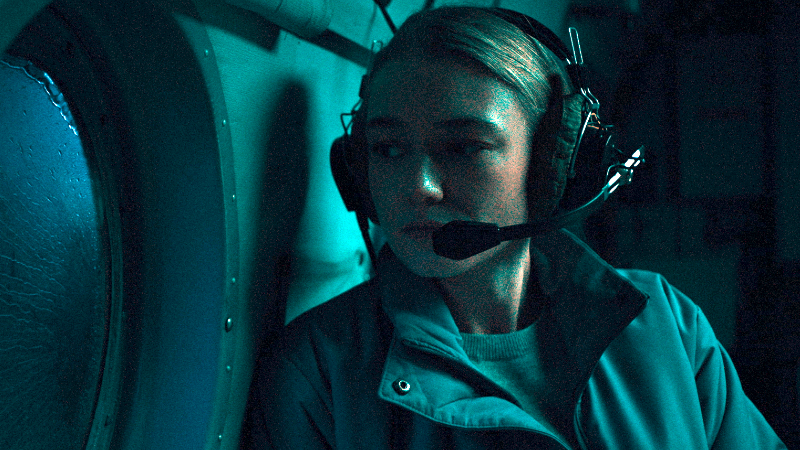 The political commentary aside, director Egor Abramenko’s feature debut is a journey from suspense to emotion, that creates a symbiotic relationship with Klimova. Introduced as a maverick who has saved the life of a boy, she deduces that Semiradov has recruited her because she’s willing to take risks. He sees someone akin to himself who prioritises results ahead of process. A single-mindedness imbues a character with a hardness, and Akinshina is captivating in the way she reveals the emotional depth of her character. Abramenko and his writers and writers Oleg Malovichko and Andrei Zolotarev position her to other characters in such a way that develops and mutually benefits them as a group, while also creating dramatic parallel arcs: Sergeyevich (Pyotr Fyodorov) the emotional, and Semiradov the ethical.

Sputnik is an assured first feature that does not try to reinvent the genre and break with cliche. Abramenko, Malovichko and Zolotarev trust in a familiar science-fiction horror told well, and here is its pleasure. However, Sputnik is the type of story that will inevitably live or die on the back of its creature. Abramenko’s direction empowers the alien, that while not as iconic as other creatures in the genre, is a ferocious and menacing addition to the genre.

Sputnik is streaming On Digital in the UK (Vertigo Releasing) and in select theatres, On Digital and Cable VoD in the U.S (IFC Films) from Friday, August 14th.

A teen grappling with his parents' imminent separation finds out that a witch is posing as his father's neighbour - on VoD on Friday, May 8th [Read More...]