"Greasy movie"
A film location scout touring a repossessed and crumbling French chateau engages with a coquettish stranger, in this peculiar British movie - on VoD on Tuesday, August 4th

Ever wonder if things may have turned out differently? Would a pithy remark with that boy or girl at the bar have changed anything? This is the power of first impressions, and it is a central notion of Around the Sun.

The film’s lean 89 minutes follows Maggie (Cara Theobold), an estate agent, and Bernard (Gethin Anthony), a film scout, as they walk and talk in a decrepit French chateau. They’re strangers to each other, yet they waste no time with small talk. Their wandering conversations mention everything from ex-partners to existential struggles, but their main topic is Bernard Le Bovier de Fontenelle, a French author who penned Conversations on the Plurality of Worlds while a resident at the chateau.

As Maggie explains the book’s plot – which is a series of celestial conversations between a philosopher and an aristocratic woman – it becomes clear that life is imitating art. Indeed, Maggie and Bernard’s dynamic is reminiscent of Before Sunrise (Richard Linklater, 1995), and this conceit has a share of strengths and weaknesses. 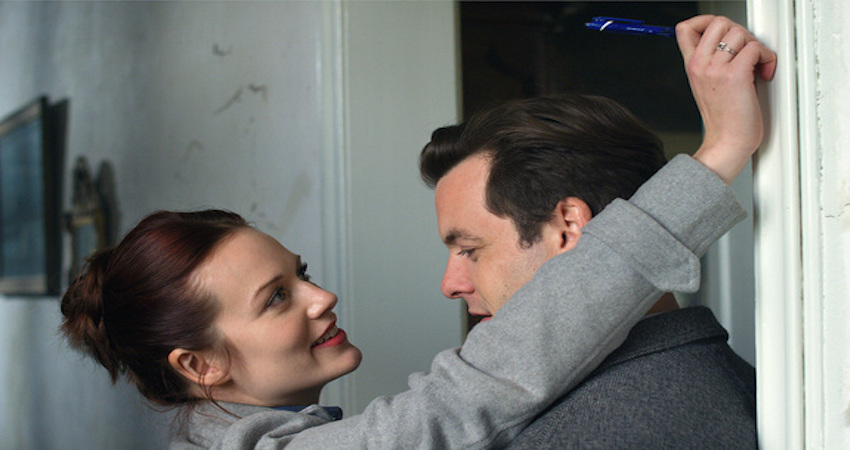 The immediate problem lies with the performances; Theobold and Anthony’s dynamic just feels unnatural and scripted, especially when one or the other squirms to point out they meant no offence. However, the quality is redressed as the multiversal narrative unfolds, which splits and reimagines the story several times, presenting the characters with different traits and energies. This redrawing of Maggie and Bernard sees the actors’ performances come into their own, bolstering our hopes for their romance.

After all, these are characters of resonant, empathetic detail. They’re both wanderers without a calling: Maggie is far too learned for her job, while Bernard dropped law school to pursue a career with the meretricious hope of travel, “you can never just be in a place, you’ve always got to pay attention”. When their dynamic is at its strongest, we have a pair of urbane yet rudderless souls, and whether they will finally elope depends on the audience’s careful viewing of this detailed, erudite romantic drama.

Around the Sun is on VoD on Tuesday, August 4th.