Australian helmer Josephine Mackerras, director of ALICE, talks about the accusations of not being able to let go of her feature debut and reaching a point of frustration with her ending, and much more - in an exclusive interview.

A happily married Parisian wife, the titular character of the drama, finds her life turned upside down when she discovers that her husband has emptied all of their accounts, they’re a year behind on their mortgage, and he has squandered all of her inheritance on prostitutes. Desperate to support herself and her son, Alice (Emilie Piponnier) begins working as a high-end escort.

Alice is director Josephine Mackerras’ French language feature debut. It’s a story about empowerment that offers a thought about how one should live their lives that can resonate with all of us. An unassuming film, it mixes humour and anxious emotion with humanity and a little romanticism to good effect. Under her skilled direction it finds a way to be what it needs to be in any given moment, and effectively compromises the seriousness of drama with the lightness of comedy.

Australian born, Mackerras has lived in China and France, and has since returned to her native Australia, where she lives outside of Brisbane, Queensland. Her previous credits include shorts shot in three different languages: English – A Sign (2007), French – Diva (2007) and L’enfant perdue (2008), and Czech – Modlitba(2010).

In conversation with DMovies, Mackerras reflected on the struggle from production to post-production and beyond, the importance of passion and a fighting spirit, and her humble hopes for the film.

Josephine Mackerras – I’d been very heavily involved in the theatre since I was about nine-years-old, and that had always been my number one passion, followed by music and art. When I discovered film it was like finding my life’s mission – everything I loved just came together. Theatre is so much about the writers and the actors, and then film brings that altogether with sound and image, which is art. So once I discovered film, there was nothing else on the planet I wanted to do.

PR – How significant was the experience of short filmmaking as a means to prepare you for feature filmmaking, and how do you compare and contrast the two forms?

JM – Short films are you’re schooling and you learn a lot of your mistakes. You can’t compare the two because there’s a specific art to doing short films well, and it’s a very different craft to making a feature film. In terms of the writing, with feature films you can go deeper, whereas I feel a short film is just a different craft.

If I were to do a short film today, I would do it very differently to how I was doing them in the past, because I feel I’ve understood that they’re not the same thing. Someone can make a brilliant short film and it doesn’t necessarily translate to a feature, and vice versa. But in terms of the market place, feature films cost so much money and nobody could have prepared me for deliveries. Nobody talks about that, but you don’t want to be on your own dealing with them. First of all you have to technically understand it all and I didn’t. It costs so much money and it’s so long and detailed, and it’s so boring. You should be enjoying the festival circuit and the film finally going out to the public, but actually you can’t. You’ve got to deal with music rights, you’ve got to deal with the amity and all of this stuff, and I didn’t know what half of it was.

A feature film is the long haul, it really is, and so that’s the difference. I shot Alice guerrilla style and my inspiration for doing that was that I’d made an 18 minute short, and so I thought, ‘Well, times that by four or five and you’ve got a feature.’ This was how I was calculating it in my mind and thinking, ‘I can do this.’ I did it, but gee, if I’d known, I don’t know, I really don’t. You need help and you can’t do it alone. 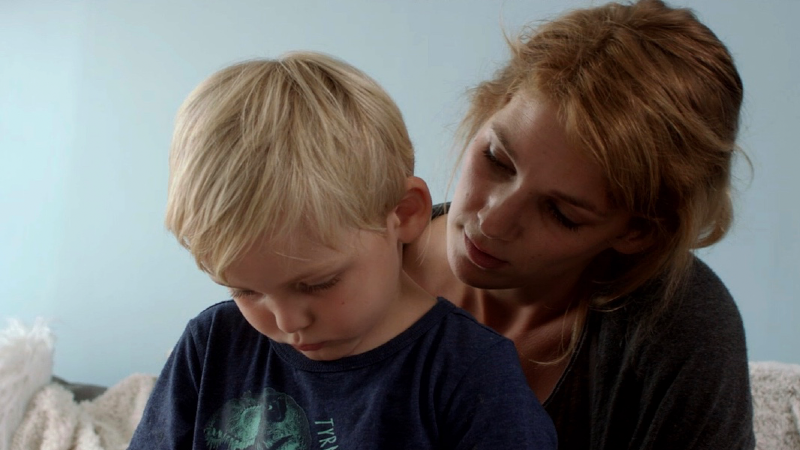 PR – When I interviewed Chilean filmmaker Pablo Larraín, he spoke of how you discover the film in the final cut. With how you approached Alice as a series of shorts, was this your experience?

JM- The film did come together in the final cut and I discovered things that weren’t in the original script to make it work. I was banging my head at the end trying to make the ending work, and I had to reshoot. There are a couple of shots that bring that ending together and those I did at the very end, and so I’d agree.

I could have given up earlier, and my editor and people were like, “Give it up already” because I had been editing for so long. I was so often accused of being an over-perfectionist, of not being able to let go. But I kept going, and I’m very glad I did because I discovered the key to the film in the final cut.

PR – Would you agree that it’s the responsibility of the filmmaker to be willing to go to war for their work, to nurture and to protect it, and to make sure it’s as good as it can possibly be?

JM – I totally agree with that and I did that all the way through this. I was exhausted because I had to fight constantly [laughs] just to get the shots I needed, and to keep on going in the editing.

I think good films come from this passion. I very often find, not with everybody but with directors, that their best films are their early films, and you think, ‘Well, why is that?’ It’s because of that passion and fighting to the end to make sure this thing is protected, and it’s whatever is in your head and you know to be true for this film, and you fight to make sure it gets there.

PR – Could we say that the creative process can become as natural as breathing for a filmmaker, who either loses the passion or their need to continue making film lacks an earlier creativity?

JM – It is interesting and maybe it doesn’t stop at filmmakers. You see that with groups too, when their best music is at the beginning, or with actors when their greatest work is in their early days, and you can see they get a bit lazy. I don’t know, but passion is definitely the key to good art; there’s no doubt about it.

PR – Do you believe there is a transformative aspect to the creative process where you change as a person, and do you think the audience should also be transformed by experiencing a film?

JM – I can only speak for myself, but that’s certainly my hope. I am more enticed by the questions rather than the answers, and I love the idea an audience is left contemplating – thinking about it the next day and contemplating what it means to them. What I love about film is how it’s able to access the unconscious mind. There’s something that’s not fully logical about it, and hopefully if it’s a good story and it’s done well, there is something where it reaches an unconscious level.

Some people are blown away by the movie, it’s a cathartic experience for them, and other people don’t like it. Every human being is completely different, but that’s why I hope to just continue making work that’s very personal to me, because I feel the more personal you can be, the more universal it is – [Konstantin]Stanislavsky said that and I think it’s very true.

How wonderful it is if it’s a transformative experience [laughs], that would be the ultimate aim. I’m not so arrogant to think that it is, but hopefully for some people will be.

The image at the top is of Josephine Mackerras (provided by EUREKA! Copyright: David Santini); the image in the middle is a still from ‘Alice’.