"Thoroughly sanitised movie"
A Persian teen grappling with racism and an ailing mother in Ronald Reagan's US earns money through wrestling, in this poorly crafted and reheated pastiche of filmic styles - out on Monday, July 20th

Tthe latest film from stuntman/filmmaker Shaun Paul Piccinino is a fictional sequel of Alex Ranarivelo’s semi-biographical American Fighter: The Wizard. Set in California in 1981, Ali Jahani (George Kosturos reprising his role from four years ago) is a college freshman on a wrestling scholarship faced with the daily racial discrimination in Reagan’s America while trying to raise money to sneak his ailing mother out of war-torn Iran. With the little money that he has, his roommate (Bryan Craig) introduces him to his Uncle McClellan (Tommy Flanagan of Westworld and Sons of Anarchy) who manages high-stakes underground fights. In the tradition of Rocky and The Karate Kid (John G. Avildsen, 1976 and 1984), Ali trains and saves up every penny he has to make sure his mother has a new life in America.

Unlike the 2016 film written by Ali Afshar, which was based loosely on his life as a Persian teenage expat who was a wrestler at California State University before setting his sights on film, Piccinino and screenwriter Carl Morris run roughshod over the 2016 drama with a film that is a clunky pastiche of Fast Times at Ridgemont High (Amy Heckerling, 1982) meets Out of the Furnace (Scott Cooper, 2014) with the obligatory 1980s-styled montages of training and fighting with the not-so-subtle images of bar-brawling violence. 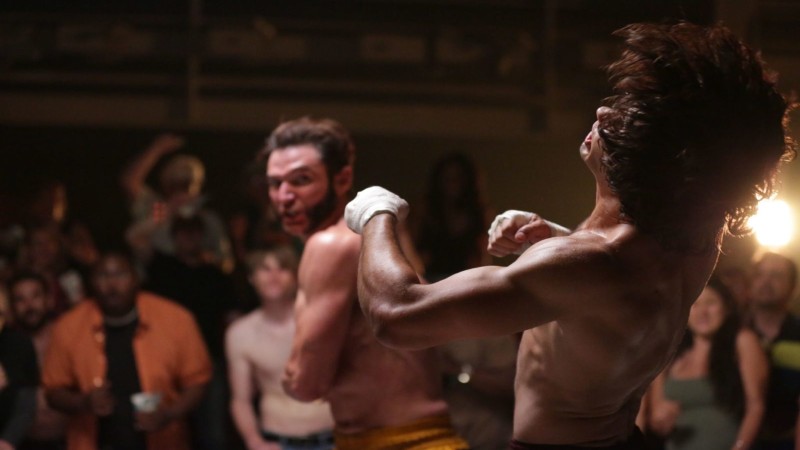 The film attempts to acknowledge racial discrimination with shiftless energy exemplified in a scene when Ali’s love interest (Allison Paige) comforts Ali after being victimised by members of the wrestling team as she says, “It’s 1981, racist assholes like that should be tarred and feathered.” Apparently, she didn’t vote for Ronald Reagan or watch the Moral Majority’s decade-long televised onslaught towards people of colour, various religious affiliations and the LGBTQ+ community.

While giving up his pounds of flesh in the underworld of illegal fighting, Ali builds a complex comradery with Duke (Sean Patrick Flanery), a booze-addled medic and reluctant lackey for McClellan who tries to ply Ali’s head with philosophical musings that would make Terrence Malick scratch his head with confusion. The conflicting and strained relationship between Duke and McClellan is enjoyable for anyone who’s either missed Million Dollar Baby (Client Eastwood, 2005) or has been living under a rock when Creed (Ryan Coogler, 2016) was Sylvester Stallone’s return to Hollywood recognition.

With the series of flaws the film poses, the only saving grace is Kosturos who gives a solid performance elevating the film from its sporty schmaltzy script. As a stand-alone film, it does follow the upbeat-Rocky-styled narrative but the whitewashing of Afshar’s original story is as painful as a 90-minute full-nelson.

American Fighter is out on VoD on Monday, July 20th.