"Dirty gem"
This racy adaptation of DANGEROUS LIAISONS caused a storm upon release in 1999.Two decades later, does the frisson still stand? On Amazon Prime on Friday, July 24th

Fitting for a movie celebrating its 21st birthday, Cruel Intentions centres around teenagers embracing the rewards adulthood offers. Sebastian Valmont (Ryan Philippe), a timid, tempered teen tempted by the bodies women hide, is offered the congenial deal of a lifetime. Setup by the wills, wants and shoulders of stepsister Kathryn (Sarah Michelle Geller), Sebastian sets out to relieve high school sweetheart Annette (Reese Witherspoon) of her cherished cherry. Led by the ultimate incentive, Sebastian is promised the fullness of his stepsister’s body, gifting the teen the opportunity to sleep with two hot babes.

And so it follows on the sensual, sexual heels Stephen Frears’s Dangerous Liaisons and Milos Forman’s Valmont (1988 and 1989, respectively) started. Kumble’s yearning, youthful tale completes a trilogy of Choderlos de Laclos’ vignettes. Set in the swanky Manhattan squares, the film tastily updates the continental stakes into something more contemporary, considered and American. (Bathetically, Cruel Intentions ended up starting its own trilogy; it shouldn’t have!)

Desperate to shock its audience, the film revels in its aristocratic domain. Taken in the context of today’s standards, the film isn’t too extraordinarily outrageous, but it does proffer some steamy moments of inspired introspection. 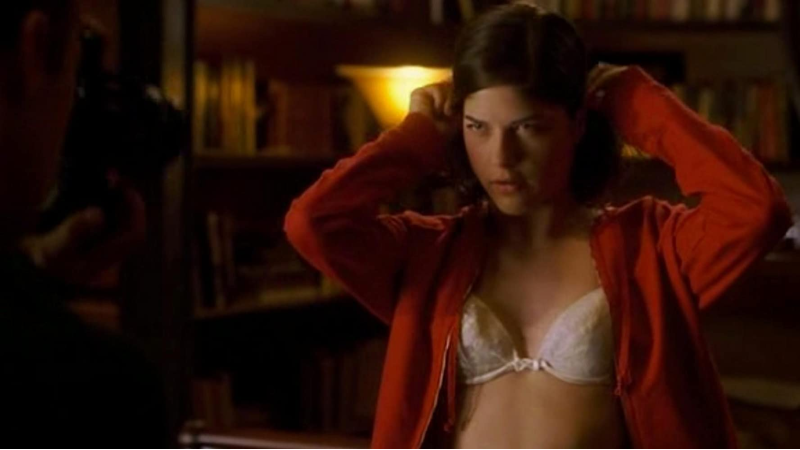 Ten minutes into the film, and the flirtatious gears ramp up. After an-on-the nose conversation between the terrible siblings, Sebastian sets out on his mission, with nought to lose but his overpriced jaguar. Money seeps its ugly head in every scene, capturing a proposition even more alluring than sex. Kathryn, her laced legs ready to prey on her next victim,enjoys the surroundings of her plush, pillowed bed. Sex fills her language, her lifestyle and her literal tongue. It’s less a lifestyle choice, and more a life choice. Behind all the furnishings, comes a woman who finds herself vilified for enjoying the past-time that has lingered since time began. Prescribing to the behaviours, properties and clothing of a lady, Kathryn nonetheless aches for an acceptance of her wilder character.

Then there’s Annette, the apple of her father’s eye. She’s the pawn of the story, an object of her father’s notoriety. Eyeing up the daughter of his school’s venerable headmaster, Sebastian regards Annette less as an object of desire, and more like an immaterial object. Without spoon-feeding them, Kumble admirably lets his viewers impart their own moralities on the persons in question. The one exception is Sebastian- played by a slightly wooden Philippe-who begins to question the carnal crusade he has set out for himself.

Sebastian makes for a perfect yuppie, yielding financial and material reward over spiritual, soulful gain. He’d make a good President-yes, a Trump joke-relishing the rewards a woman’s thighs delivers. But more importantly the quest for satisfaction carries him on a more important route to self realisation.

Cruel Intentions is on Amazon Prime on Friday, July 24th.