"Dirty gem"
A single mother cares for her ailing mother, with whom she has a stormy yet profound relationship, in this quietly impressive Colombian drama - on various VoD platforms in January

One opportunity thrown up by the absence of summer blockbusters is the chance to experience a different kind of cinema. Colombian drama Litigante moves at a speed that may be a little too luxurious for those used to a diet of Jedis and Avengers, but the themes will resonate regardless of your background. It will also be refreshing to those in search of stories told from a realistic female perspective.

The film stars Carolina Sanín as Silvia, a public sector lawyer caring for her mother Leticia (Leticia Gómez), who is dying of lung cancer. Silvia works hard to balance this tough moment in her life with a crisis at work, and her responsibilities as a single mother to her son Antonio. What becomes apparent as the story goes on is how human it all feels. Very little is played for dramatic effect, as director Franco Lolli seeks truth and humanity from every scene. Conversations are held cordially, with voices raising only slightly during the film’s most emotional moments. The cast are not buried in make up or flattering lighting. Everything feels natural.

The scenery is left unchewed as arguments are hushed so as to not be hear by younger ears, while the trauma of Leticia treatment plays out without any soundtrack other than the beeps and whirrs of medical equipment. The core female cast take their journey together with little fuss, bickering all the way but leaving you in no doubt as to the strength of their love for each other. A scene featuring a deeply personal argument between Silvia and Leticia is immediately followed by Silvia helping her from a fall. The paradoxical nature of family, where you fight tooth and nail for people who criticise your every decision, is portrayed exquisitely by the excellent stars. 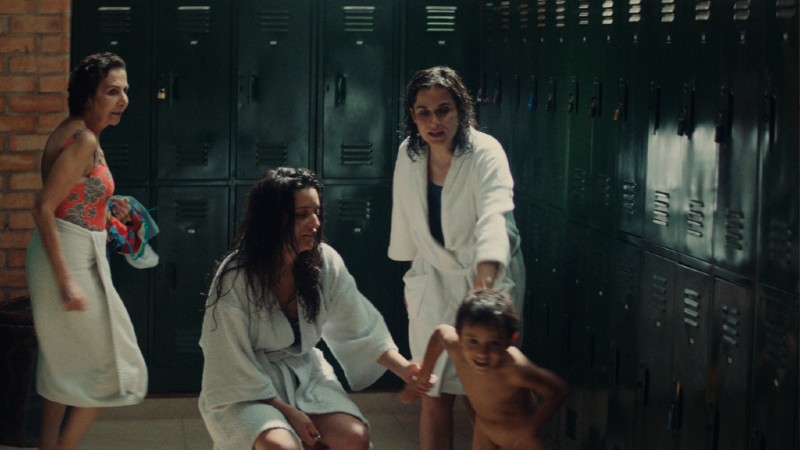 Silvia’s interactions with the men in her life is equally nuanced, avoiding broad heroes and villains. Silvia begins the films arguing with a talk radio host, who later becomes her boyfriend, with the arc of their relationship feeling relatable. When meeting with the father of her child, the conversation is respectful, if a little strained. Nobody storms off, and no one is portrayed without flaws.

Sanín is excellent as a woman caught in the eye of a professional and personal storm. Wonderfully restrained, she powers her way through patronising meetings with her boss, while coming home and making sure her son is well cared for. In some scenes she is treated harshly, in others she is accused of judging all others to too high a standard. She is neither victim nor aggressor, a balance that gives her a depth rarely seen in modern cinema. While she is a supporting character, Gómez fills the screen as Leticia. A successful woman railing against her diagnosis, it’s a modest but harrowing portrayal of illness and how fear can bring out the worst in some.

Litigante is on VoD on Friday, July 10th. On various VoD platforms in January (2021).