"Dirty gem"
Documentary delivers a unique and close-to-convincing argument over why Paul Verhoeven's SHOWGIRLS is the greatest film that almost everyone hated - on Mubi on Saturday, April 16th; also available on other platforms

The $45 million film about Nomi (Elizabeth Berkley), a drifter-turned-stripper who dances her way to the top as Las Vegas’s premiere showgirls, was universally panned upon its release. With a plotline shamelessly ripped from All About Eve (Joseph L. Mankiewicz, 1950) and a low-brow screenplay cementing the unfavourable reputation of screenwriter Joe Eszterhas, critics and audiences were not swayed. Twenty-five years on, the film has gained a cult following through the midnight movie crowd and spawned a musical as Camp as Verhoeven’s eye on the depraved decadence of Las Vegas.

McHale and other diehard Showgirls fans dissect and analyse the film justifying how it was not given the merit it should have received back in 1995. Additionally, McHale doesn’t hold back at wagging the finger at films that were once critically-acclaimed but have since become regarded as Hollywood dreck as images from Forrest Gump (Robert Zemeckis, 1994) and American Beauty (Sam Menes 1999) pop up on the screen. Through repeated images of the film and voice-over, Showgirls scholars give their two cents on how the film is an indictment on Hollywood’s treatment over women and also a sequin-shining example of the complete oeuvre of Paul Verhoeven. 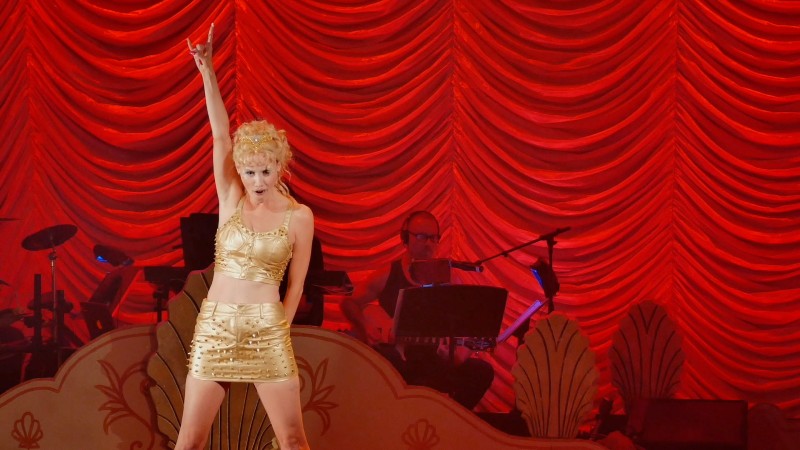 From the obsession of fingernails, eating potato chips, and projectile vomiting, images from Verhoeven’s films (1992’s Basic Instinct, 2006’s Black Book and 2017’s Elle) pop up while Showgirls is analysed right down to the last tassel. The documentary also focuses on the movie’s leading lady, Elizabeth Berkley. Her wholesome-TV image on the Gen-X after-school sitcom, Saved By the Bell, was dragged through the coals when she became Nomi Malone. Although not interviewed for the film, footage of Berkley after Showgirls shows the actress with no qualms over her risky and risqué performance.

Additionally, there is a moving segment following April Kidwell, a San Francisco-based actress who talks about the cathartic elements of playing Nomi in the Showgirls musical and why the film resonates with her. For those that love Showgirls, You Don’t Nomi is a perfect validation over the Razzie-winning film. For those who weren’t as enthusiastic about Showgirls upon its release, the documentary is a Camp, yet vivid dissertation over the film and how its highly-publicised, x-rated content is nearly as disturbing as Pasolini’s Salo, or the 120 Days of Sodom (1976). The hypersexual imagery overshadows the debased nature of Hollywood depicted in the film, yet we are as complicit in the depravity by watching it. Regardless of your views over Showgirls, You Don’t Nomi is an entertaining and fascinating look at a Hollywood bomb and its status as a cult classic.

You Don’t Nomi is on Mubi on Saturday, April 16th; also available on other platforms