On Saturday, June 13th, far-right protesters took to the streets of London with Nazi salutes proclaiming that they wanted to preserve the statue of Winston Churchill in Parliament Square after Black Lives Matter activists called for its removal. That’s because the wartime Prime Minister has a history of racism. After a BLM protester knocked a white nationalist to the ground in Trafalgar Square, Black British personal trainer Patrick Hutchinson carried the wounded man to safety before turning him into the police. Hutchinson’s act of selflessness has become a symbolic gesture at a time when racial tensions have reached a boiling point.

The social and political upheaval of the past three weeks has made the movie-streaming experience more of an educational tool about systemic, institutionalised racism more than just passively escaping into reruns of sitcoms. Although, that has since become a hotbed of debate after the iconic Fawlty Towers episode, The Germans (Season 1, Episode 6), was pulled due to its pre-PC dialogue and quickly reinstated to the streaming platform, UKTV. But one artefact from the pre-PC, nationalistic era of Margaret Thatcher’s conservative reign that deserves to be watched is Franco Rosso’s 1980 powder keg of a film, Babylon.

Directed by Rosso, shot vérité-style by Oscar-winning cinematographer Chris Menges and with a soundtrack featuring music from Aswad, Johnny Clarke, Yabby You, Cassandra, I-Roy, and Michael Prophet, the film is both a celebration of Reggae music and a gritty indictment on the overt racism in Thatcher’s Britain. Set in the Brixton and Deptford neighborhoods of London in the late 1970s, the film follows aspiring DJ Blue (Brinsley Forde of Aswad) and his crew, Ital Lion, trying to gain fame in Britain’s evolving Reggae music scene. A week before competing in an underground DJ duel with the rival Jah Shakra, Blue and his friends are subjected to racial epithets at work, violence from members of the National Front, and profiling from the police. When a white neighbour berates Ital Lion for their loud music and marijuana smoke telling them that the neighbourhood was lovely before “they” moved in, Beefy (Trevor Laird) responds by saying “This is my country lady, and it’s never been fucking lovely, it’s always been a fucking tip, for as long as I can remember!” 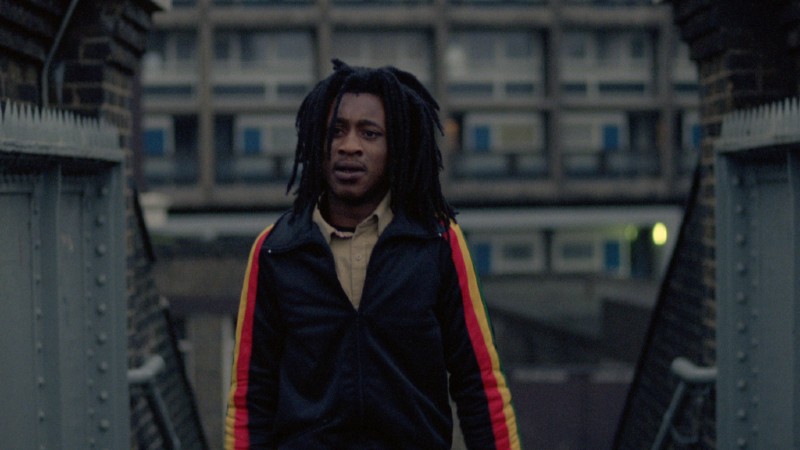 Britain has had a love/hate relationship with immigration and was ratcheted up by the end of WW2. It was during this period that Britain saw a postwar boom with the arrival of South Asian, Nigerian, and Caribbean immigrants as they fulfilled duties within the growing transportation industry and the National Health Service. Coincidentally, there was also a rise in UK natives (i.e. Scottish, Irish, and British) leaving their home countries for work in the US in the late 1940s and early 1950s. By the end of the 1960s and into the 1970s, the Tories fuelled the fires of racial divide leading to the rise of white nationalist groups being close to gaining seats in Parliament, where they would have been lawmakers of equal stature like the Conservative Tories, the Labour Party, and the Libdems.

As for Britain’s entertainment industry, films and television shows about the country’s diversity were far and few between unless you were watching The Old Grey Whistle Test or Top of the Pops. The Black and White Minstrel Show was on British televisions until it ended in 1978, yet blackface and racial stereotypes were still a form of comic relief for BBC sitcoms like Are You Being Served? (The 1976 Christmas episode where Mr. Granger puts shoe polish on his face) and To the Manor Born (a spliff smoking African musician is commissioned by Audrey Forbes-Hamilton to perform at an all-white gala). But when producer Gavrik Losey, son of the American-exiled blacklisted filmmaker, saw a script of an abandoned Play for Today version of Babylon penned by Rosso and Quadrophenia (Franc Roddam, 1979) screenwriter Martin Stellman focusing on the lives of teenagers in South London, he saw potential in making “a youth film”, as he told Jenny Craven in Films and Filmmaking magazine, that would appeal to the black youth culture. Little did Losey know of the uphill battles he would face with the British Board of Film Classification (BBFC).

Too controversial for school

After the film was in the can, Losey wrote to James Ferman, the Director of the BBFC from 1975 to 1999, pleading for an AA rating for Babylon citing that “we regard it as being concerned with the general problem of youth today although it is ethnically oriented around British West Indians in South London.” Ferman responded by giving the film an X rating writing in an October 1980 letter, “Young teenagers would be …attracted by the music and perhaps confused and troubled by the message”. Despite a brief, not-so-gory, stabbing scene towards the end of the film, Babylon is light compared to the visceral images of sex and violence depicted in films like Peckinpah’s Straw Dogs (1971) or Alan Clarke’s Scum (1979), both films that received X certification.

Franco Rosso was no stranger to the streets of Brixton. The white, Italian-expat filmmaker made a name for himself with the 1979 Omnibus documentary, Dread, Beat N’Blood. Chronicling the life of Jamaican-expat poet and activist, Linton Kwesi Johnson, the documentary features Johnson reflecting on the racism he endured in the British school system when he moved to Britain in 1963, a year after Jamaica’s liberation from British rule. In one scene, he recites his song “Doun de Road” to a classroom filled with students. Afterwards, when two students asked him why he wrote about violence versus love, Johnson replied, “I suppose that because it is that which has sparked my imagination… the whole world is a violent place. I come from Jamaica, a violent place, and I grew up in Brixton. I mean, you experience violence every day in the schools, parties, in the pubs, in the park, everywhere. Even in the House of Commons from time to time, things get a bit hot.” 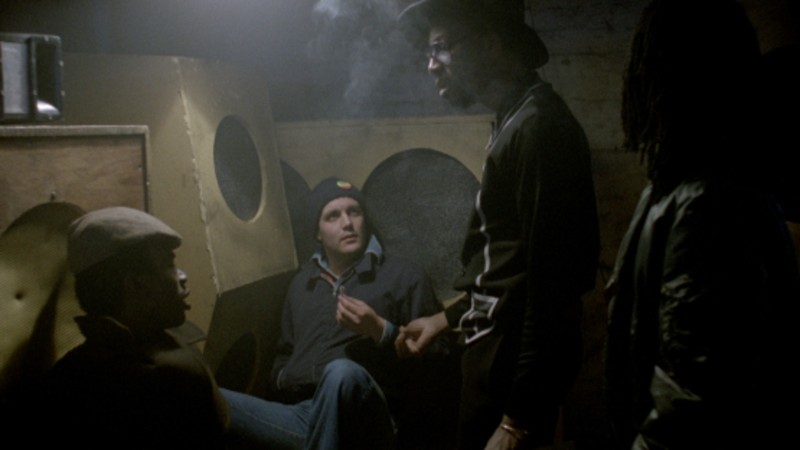 Following its release at the Cannes and Toronto Film Festivals, Babylon was set to premiere in America at the New York Film Festival until it was pulled due to the film’s incendiary content. As Vivien Goldman lamented in Time Out, the film went unreleased in the United States for “being too controversial, and likely to incite racial tension”. Almost 40 years after the film came and went in theatres, Babylon has since gained a wide audience thanks to a newly restored print overseen by Chris Menges and distributed by Kino Lorber. Additionally, it’s hard not to see films like Do The Right Thing (Spike Lee, 1989) or La Haine (Mathieu Kassovitz, 1995) and not think that Babylon was a touchstone for Spike Lee and Mathieu Kassovitz. In this current wave of racial injustices and public outcry, the film is ripe for the picking.

After watching Babylon, I couldn’t forget the act of heroism displayed by Patrick Hutchinson. Despite the political views of the unnamed right wing protester, Hutchinson responded to his actions by saying: “I just want equality, you know, equality for all us. You know, at the moment, the scale was unfairly balanced and I just want things to be fair for my children and my grandchildren.” As Hutchinson was saying this call for peace, I couldn’t shake off the last lines of Johnson’s “Doun de Road”, With brother stabbing brother stabbing brother/ Them just killin’ often one another. But when you see brother blood just flow/ Futile fighting then you know the first phase must come to an end/time for the second phase to show”

You can watch Franco Rosso’s Babylon on all major streaming platforms. The images in this article are stills from the movie.

Lest we forget British borstals: in a brutal and oppressive environment where violence is the only currency, happiness and knowledge are a very subversive weapon - on BritBox on Thursday, June 2nd [Read More...]