There will be bloods!

As Spike Lee releases his latest movie Da 5 Bloods, about four black veterans returning to Vietnam in search of the remains of a friend, David Stewart investigates the troublesome relation between African Americans and Hollywood

For the past decade, racial injustices in the US have boiled over into civil unrest and protests: from the killings of Treyvon Martin and Eric Garner in 2012 and 2013 to the murder of George Floyd at the hands of the Minneapolis Police two weeks earlier. Combined with the nationalistic rhetoric of Boris Johnson and Donald Trump and a world in self-isolation in the wake of the continuing Covid-19 crisis, cities around the world have erupted in protests ending with peaceful resolution or tear gas and smashed storefront windows. For the millennials leading the charge of this current wave of civil rights activism, it’s hard not to think that these were the same issues that were fought out in the streets over half a century ago. Spike Lee plans to reignite the conversation with his Vietnam War epic, Da 5 Bloods, which will be released worldwide on Netflix on June 12th.

The film follows four African-American veterans returning to Vietnam 50 years later to recover their fellow squad member’s remains along with a treasure trove of gold stashed in the jungle. At the request of their fallen squad leader, played by Chadwick Boseman, they plan to take the bullion back to America and distribute the wealth with the black community. With a plot that echoes Francis Ford Coppola’s Apocalypse Now (1979; pictured below) and the Hughes Brothers’ Dead Presidents (1995), Da 5 Bloods is expected to add another layer to the history of the Vietnam War witnessed by African-American soldiers. It’s a portion of the counterculture that is rarely shown on film compared to the nationwide protests to end the Vietnam War (Michelangelo Antonioni’s Zabriskie’s Point and Stuart Hagmann’s The Strawberry Statement, both from 1970) or the Washington Post publishing the Pentagon Papers (Steven Spielberg’s The Post, 2017). 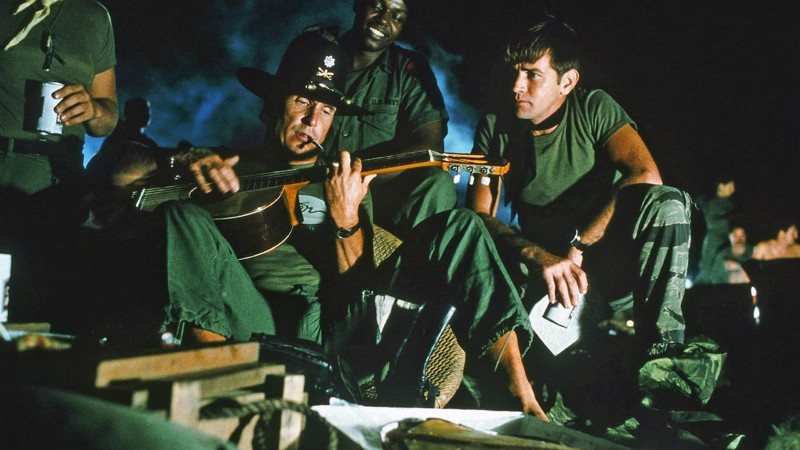 For African-American infantrymen in Vietnam, known as The Bloods, they made up 40% of the active servicemen in country from 1965 to 1971. Although they were thousands of miles from the racial unrest in America, they might as well have been back home. The Vietnam War was the first one with non-segregated American soldiers. That didn’t stop Southern white soldiers decorating their tanks and jeeps with Confederate flags; even Bob Hope posed in front of a Confederate flag after a Christmas USO show in 1965, the same year of both the Watts Riots in Los Angeles and the first wave of U.S. soldiers landed on the beaches of Da Nang. By 1968, Martin Luther King Jr and other prominent icons of the Civil Rights Movement had been assassinated, and the casualty count in Vietnam was getting higher by the day. For African-American soldiers, racial tensions and the disillusionment of America’s involvement in Southeast Asia manifested into the GI Resistance Movement.

The first notable acts of resistance started in July 1968 at the stockade at Fort Bragg, North Carolina where 238 black and white soldiers rioted in protest over the beating of a black inmate. On August 29th, 1968, the day after riots broke out between antiwar protesters, the police and the National Guard at the Democratic National Convention in Chicago, inmates at Long Binh Jail outside of Saigon- known as LBJ (coincidentally, the initials of then-President Lyndon Baines Johnson) was torn down by inmates who were fed up with the prison being overcrowded along with the harsh treatment African-American soldiers received more than the white inmates; the riots resulted in the injuries of 63 soldiers and one fatality. In November of that same year, 67 servicemen at Fort Jackson, South Carolina signed an antiwar letter addressed to the newly elected President of the United States, Richard Nixon.

Meanwhile in Hollywood, as the New Hollywood movement revved the dying studio system into second gear with films like Easy Rider (Dennis Hopper, 1969) and Midnight Cowboy (John Schlesinger, 1969), the issues of Vietnam and civil rights were too hot to touch for the major studios. Save for the fact that Hollywood postponed the 1968 Academy Awards for almost a week after the death of Martin Luther King and the Best Picture award going to In the Heat of the Night (Norman Jewison, 1967), issues of race in cinema were still a rarity, unless you went to the Bleeker Street Cinema to see Hal Ashby’s The Landlord (1970), Brian De Palma’s Hi, Mom! (1970) Or Robert Downey, Sr’s Putney Swope (1969). All directed by prominent white filmmakers, it would be a while for African-American directors to make their mark on the big screen despite revolutionising independent cinema with Cool Breeze (Barry Pollack, 1972), Shaft (Gordon Parks, 1971), and Dolemite (D’Urville Martin, 1975). The latter became the subject of Craig Brewer’s 2019 Netflix hit, Dolemite is My Name (pictured below).

In terms of Vietnam being on the big screen, it wouldn’t be until the war ended with the fall of Saigon in May of 1975 that Hollywood would churn out films that became controversial interpretations of the Vietnam experience with films like The Deer Hunter (Michael Cimino, 1979), Coming Home (Hal Ashby, 1978), Apocalypse Now and Platoon (Oliver Stone, 1986), just to name a few. 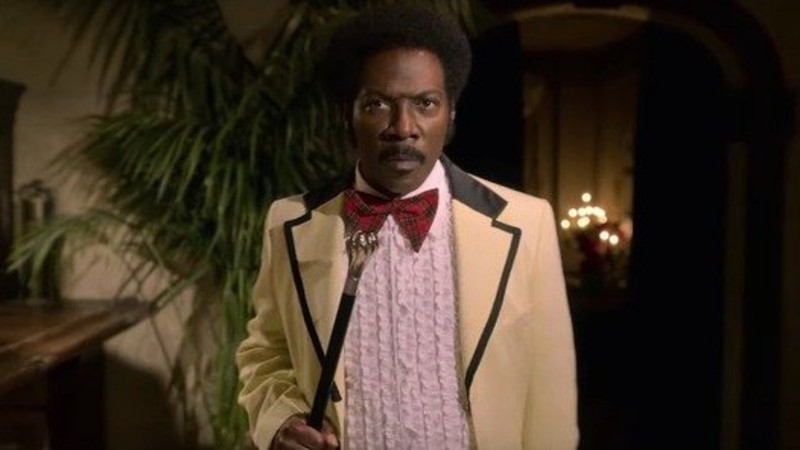 Even with Vietnam being immortalised and/or exploited on celluloid in the late 1970 into the 1980s, the voices of African-American servicemen were far and few between. In Platoon, Tom Berenger’s psychopathic staff sergeant threatens to court-marshal a black soldier (a racial slur was used) for trying to put mosquito repellant on his feet to make it look like gangrene to avoid combat duty. In Casualties of War (Brian de Palma, 1989), after Michael J. Fox reveals to his commanding officer, played by Ving Rhames, about the atrocities he witnessed when his fellow soldiers kidnapped, raped, and murdered a Vietnamese peasant, Rhames recites a monologue about how his pregnant wife was refused admittance into a hospital due to the color of her skin, which is based word for word from Daniel Lang’s 1969 New Yorker article that became the basis for the movie, and how injustice is part of a system that cannot be stopped, only accepted and tolerated despite how immoral it might be.

The only recent film that gives equal and ample voice to the African-American experience in Vietnam was Ken Burns and Lynn Novack’s ten-part, 16.5 hour 2017 documentary, The Vietnam War. In Episode 8, The History of the World (April 1969-May 1970), Sgt. James Gillam of the US Army recalls a white soldier from Arkansas who refused to carry Gillam’s radio during a reconnaissance mission: “He said, ‘I will not follow you like Cheetah follows Tarzan. It’s not gonna happen, Sarge.’ And I thought, ‘Oh, this is going to be a really long year.’” He follows up by saying: “The enemy’s bullets are colourblind. They would shoot anybody, not just me.” Wayne Smith, an Army Medic, broke the war down by saying “Vietnam was a microcosm. Everything that was happening in America was happening in Vietnam, really, in one way, shape, or form.” Smith’s interview is cut to audio footage of a black soldier wondering why the flags were flying saying, “I think there ought to be some goddamn law to fucking outlaw them goddamn flags, man. The fucking Confederacy is gone, man!”

The echoes from Vietnam and the Civil Rights Movement have reverberated in the last week as plaques honouring students who served in the Confederacy during the Civil War were taken down at the University of Alabama while a tug-of-war fight is raging in Richmond, Virginia to remove the statue of Confederate General Robert E. Lee. Even overseas, the Black Lives Matter movement swelled to epic proportions when protesters in Bristol, England dismantled and threw the statue of the 17th-century slave trader, Edward Colston, into the Bristol Harbour. For Spike Lee, the filmmaker whose prophetic 1989 film, Do the Right Thing, is as vital as it was over 30 years ago, his latest film, Da 5 Bloods, is sure to be a vital conversation piece as the war on racism, like Vietnam, still looms over the social conscience for a new generation to act on.