The director of superb and lyrical masterpiece FIRE WILL COME talks about making an "essential" movie, filming inside real fires, and crossing the boundaries between commercial and art cinema, in exclusive interview

Director Oliver Laxe’s third feature Fire Will Come (2019), centres on Amador (Amador Arias), an arsonist only just released from prison who returns home to his mother (Benedicta Sánchez). But when a new fire threatens his community, he becomes the likely suspect.

The film opens with a majestic image of nature, interrupted by the aggressive destruction of man made machinery. From the outset Laxe hypnotises, the power or emphasis of the image central to the experience of the film. Less interested in the intricacies of relationships or answering the question of guilt, the story is crafted with an attention to the senses. The way the film is shot and scored treats cinema as art, not attempting to explain itself, but something we look at and feel. There is a narrative present, but it’s more of a silent narrative, the storyteller not explaining point by point the thoughts and the feelings of his characters, rather he trusts us to be active participants, to create meaning through the projection of our own emotions and thoughts.

In conversation with Paul Risker from DMovies, Laxe spoke about cinema as an act of submission, the artist’s absurd request for an audience’s love, and the need to escape one’s inner world.

Oliver Laxe – Since I was a child I have escaped inside of myself a little. I sense this flavour when I imagine images and they agitate me, or when I’m in a place and I feel something while I’m there, and I enjoy introducing that flavour in images.

I’m not a subject filmmaker – “I want to make a film about that.” It’s more about colours and images, faces and places. I like to call those images “essential images”, that are deep inside and that want to exist. It’s as if they use you to exist, and these iconic and essential images are clear to me, and so I try to relate them. And for Fire Will Come, I saw the first images of the eucalyptus and I wanted to make that scene like falling into night; the fight between machine and forest, but there are no more machines. I don’t know what they are, but they’re not bulldozers.

When we ask ourselves the motivation of why we make a film, it’s easy to let yourself as a filmmaker. For me, there are different reasons, in part because I always wanted to come back to the village where my mum was born, which is where we shot the film. I was attracted by the fire and the place, I was attracted to the images, but as to why I wanted to make a film about something simple, about love and mercifulness, I don’t know. 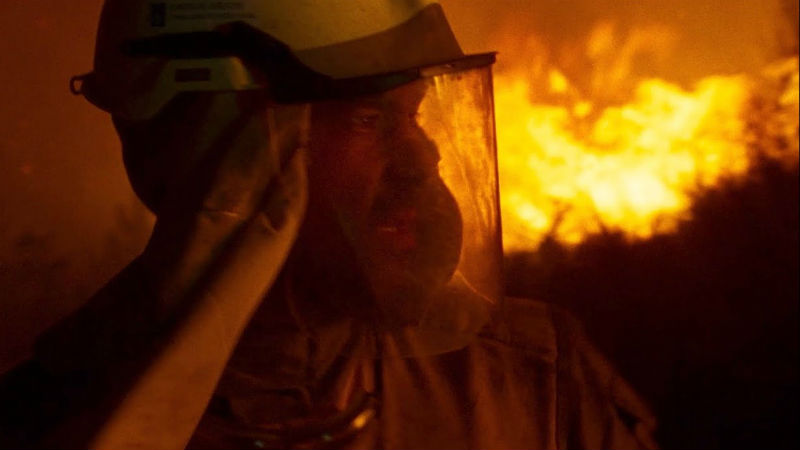 PR – Is there an unconscious dimension to the process, in which not every choice is a conscious one?

OL – It’s very organic and I’m quite agitated by this will that you’re obliged to do it. I don’t know if my films are good or not, but it’s clear that it’s necessary for me, and you feel that when you are watching a film – you feel what is necessary or not for the filmmaker. We filmed inside real fires and now when I look back on that I think, “Come on, you’re crazy.” [Laughs] But when we were shooting, it was natural.

I like to say that cinema is an art of submission, which is a very frustrating thing but it’s what is good about cinema. It‘s something that transcends you – something that is not you takes the opportunity to express itself across you and the cinema. It’s crazy, and sometimes I have the idea or the image that someone is pushing me and all my crew and actors to a river that we follow. It’s as if the current of the river makes the film, and we try to swim, but you have to let go and abandon yourself.

I remember someone gave me some advice that I appreciated: “You have to be crazy to want to be someone. Fight to try to be no one. Try to be void, and it’s when you are void that something can agitate you.” If we apply that to the art then I agree, and I’m quite existentialist and determinist in the way that I think about life. There is a relationship between imagination and image and inspiration, which I trust.

PR – Does the filmmaking process create a space in time where you can explore the different sides of your personality?

OL – There is a hole of love when we come into this world and each one of us tries to transcend this hole, to jump it by asking for love or not, but each of us in a different way. This is what medicine calls a neurosis and obviously the way artists ask for love is related to this scar. But in our way it’s like saying to the spectator, “Look at what I do, love me.” It’s such a ridiculous thing [laughs] because when you mature, you understand that you don’t need to do that – to have love.

Art helps you to work because you’re blind and so you need that tool. The problem is when we think the tool is a kind of God, but it’s just a tool. We see that filmmakers keep using this tool when they don’t need to and we can see these filmmakers suffer. They think they’re not inspired, but it’s just they don’t need to make their films anymore, and continuing to make films, we feel that they have no soul. This is the reason why I am trying to adapt myself and why my films are increasingly simple, and complex at the same time.

Art is born from an inner adaptation, and I’m curious watching the work I do because I discover and understand that subtly – I unconsciously make films about region of personality. For example, that’s why I made a film about tolerance because I’m quite intolerant [laughs]. I’m somewhat of a judge, and I know it’s something I have to work on, to not judge and that’s the reason for this character [Amador]. But this is something I understood after, and also another side of my personality is that I’m an artist, and we are quite obsessive compulsive, so there is that aim of perfection. We are perfectionists, but cinema is the art of imperfection. You are never going to make the film you want to, never. I think it’s a good thing for me to try to become detached and to manage expectation. 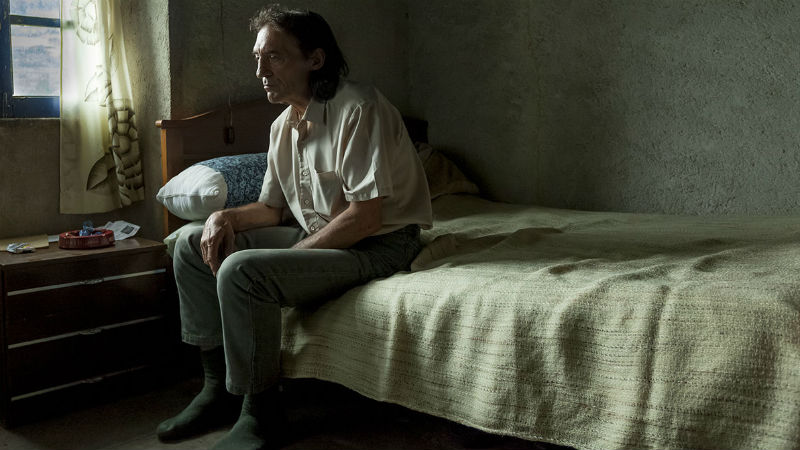 PR – From communicating with the layers or aspects of your personality, why then seek a detachment?

OL – Cinema is a parallel and you have to be detached to avoid yourself – you have to let something inside of you go. It’s strange, but cinema is a perfect tool to invite some transcendental meanings to exist. We provoke something, but life always transcends, not always, but if you do it in a way that allows life to express itself, then it will transcend you, the author. That’s why I don’t like auteur or art house movies because at the moment cinema is becoming more polarised between art house cinema and commercial, market place films, and I think we have to keep crossing these two boundaries. Art is very comfortable in making films for an artist elite, and the depth and power of cinema is that it’s high culture and popular culture at the same time. I want to resist that way of making films more – both dimensions are my thing.

PR – You refrain from explaining the relationships, thoughts and motivations of Amador. Do you trust the audience to critique the character and the story for themselves?

OL – The narrative is quite universal – the son that comes back home who either will or will not adapt. I’m interested in psychology in my life, but not when I make films. I like some psychological movies, but I wanted to make an essential movie, and when I say essential, I’m talking about the essence inside of us, and that the characters have too.

There is the essence and there is the personality that surrounds it – the psychology and the neuroses. I didn’t want to make a film about the personality, which means mask and persona. I wanted to cross over that to the essence, and when you touch this essence, you are touching the essence of the spectator that is connected a little bit with the character’s.

This is when the artist’s gesture of the countryside agitates me because I’m from that valley, and my parents they still have these gestures of the nature of the countryside. So the process was to try to not write but to do the opposite, and to always try to find an economy. They are simple people in the countryside and I’d like to be like that because the modern human being has too much of an inner world. It’s an illness, it’s too much and I’m not interested in that.

The image at the top of this interview is from Oliver Laxe, the other ones are stills from ‘Fire Will Come’, which is available now on all major VoD platforms

Spanish film about pyromaniac released from jail offers a fascinating view into peasant life in the region of Galicia, as well as a breathtaking immersion into the power of fire - on VoD on Friday, April 6th [Read More...]