X: The Man with X-Ray Eyes

"Dirty gem"
More than half century later, dirty classic remains a profound meditation the dangers of seeking the unknowable, and the destruction of the human psyche - out now on a crisp Blu-ray edition, and also available for streaming

This remains one of the key films of Roger Corman’s directorial career: his production credits outweigh his directorial output, but he did direct around 55 films. Only a couple of these were after 1971, when he started to focus on production and distribution with his now-defunct company New World Pictures. Corman’s last film as a director was 1990’s Frankenstein Unbound, which has a connection to X. You could say X takes some of Victor Frankenstein’s urges to be a God, which are inherent to Mary Shelley’s original story, and places them in a unique retelling for the burgeoning counter-culture of the 1960s.

At this time he made X, Corman was in the middle of his “Poe Cycle,” a series of six films based on stories by Edgar Allan Poe (although one of those, The Haunted Palace, also from 1963, was actually based on the novella The Case of Charles Dexter Ward by H.P. Lovecraft, but was marketed as a Poe film). The fact that Corman made a Lovecraft adaptation immediately before X is no coincidence: X is about a kind of cosmic, unknowable horror, which was Lovecraft’s trademark. Corman was also the first person to adapt Lovecraft for the screen. And it has to be said that besides the Stuart Gordon films and this year’s The Colour Out of Space (Richard Stanley), Lovecraft’s literacy legacy is ripe for more film adaptations… his entire work is also in the public domain.

At this point in his career, Ray Milland was slumming it after being a big star in the 1940s and 1950s, including the iconic Oscar-winning performance in Lost Weekend (Billy Wilder, 1945). Milland always faced rumours of being a raging alcoholic, much like his signature role, but those seem to be just rumours (or perhaps he was as much of an alcoholic of any man of his generation). Here he plays Dr. James Xavier, who is doing tests on animals using these eye drops he has developed that allows the subject to see beyond the “visible” spectrum. Very quickly, Dr. Xavier stops seeing the world in any kind of human terms, and can only see these lights and patterns that no human can or should comprehend. 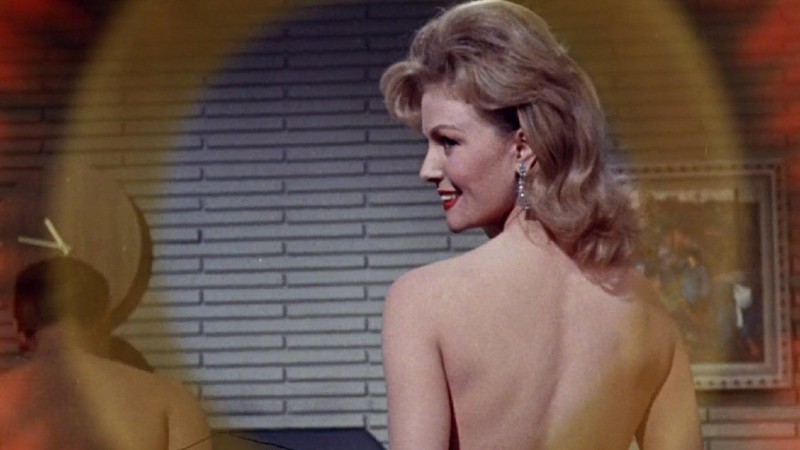 This plot is undoubtedly somewhat inspired by LSD becoming a “hip” treatment for psychiatric disorders, and the beginning of its use for non-scientific recreational purposes. Corman would go on to make the film The Trip (1967), and like the good guy he is, he felt like he had to try it before he made the film. He went up to Big Sur (a mountain range in California) with some friends and by all accounts had the ideal acid experience, but when the film was made he had to put a lame anti-drug warning on the film. Corman’s former trailer editor Joe Dante, a fantastic director in his own right, has been trying to make a film about this for years, entitled… The Man With Kaleidoscope Eyes (1967).

Of course, Corman uses all the gimmicks you would expect from the title, from Xavier going to some vaguely hip party where he can see through everybody’s clothes to hilarious effect, to winning big at a casino, and so on. However, Corman is way more interested in the cosmic horror that these newfound abilities induce in Dr. Xavier, and even the physical effect they have on his eyes. It’s shockingly profound for a film made for a quarter of a million dollars, which was always going to be on one half of a double bill.

The film’s one flaw is due to the technology of the time: you never quite get the sense of “I’ve seen things you people wouldn’t believe.” That’s why Corman and Dante have both said it’s kind of ripe for a remake. Tim Burton actually worked on a remake around the time of Mars Attacks! (1997) and going into the never-to-be-made Superman Lives.

The dirty elements are everywhere. There is some not-so-subtle commentary on hucksters and religious fundamentalism throughout the picture. For a portion of the film, Dr. Xavier becomes a false faith healer in a carnival attraction, where he teams up with Don Rickles (in a rare dramatic role) as a truly despicable carny known as Crane. In the film’s final sequence, a scene reminiscent of Flannery O’Connor’s book Wise Blood, Dr. Xavier stumbles upon a Christian evangelical service where he decides to blind himself instead of continuing to have the visionary powers he has gained.

The novel’s protagonist Haze Motes also blinds himself near the end of the book and its film adaptation. Co-screenwriter Ray Russell was also the fiction editor for Playboy, so it’s fairly likely that he had read Wise Blood. Stephen King in his book Danse Macabre talks about an ending where Xavier exclaims “I can still see,” but that was simply King’s own imagination, Corman admits that he considered it, but it was never shot, and says that it’s an even better ending.

X remains one of Corman’s most successful artistic statements. He may have been the king of the “Bs,” but Corman always tried to have something to say within them. It may not be his best film – that’s probably Corman’s only flop, The Intruder (1962), with William Shatner in a very Trump-like role – but it remains a profound film about the dangers of seeking the unknowable, and the destruction that can wreak on the human psyche. You could probably make a case for it being the first “psychedelic” film of the 1960s, although some aspects of Corman’s Poe films also seem lysergic.

It’s also a masterclass in lean storytelling: the fact that Corman is able to go through all the situations you would expect from this story and more in 79 minutes is pretty stunning, it really should be taught in film school for plotting. It also features Ray Milland’s last really great role in cinema. He would do some memorable TV work in the 1970s, but not much in the way of the silver screen.

Second Sight has compiled a beautiful release for the film, which includes a rigid slipcase along with a gorgeous double-sided copy of the original US poster and the new original artwork for the Blu-Ray. The booklet is a nice size, and includes new essays from Jon Towlson and Allan Bryce. Disc contents include new interviews with Corman and critic Kat Ellinger, plus all of the extras from the US Kino disc, including commentary tracks from Corman and Tim Lucas of Video Watchdog fame (Lucas is also a co-screenwriter on The Man With Kaleidoscope Eyes), a short interview with Joe Dante, the very silly prologue made for the TV version, Mick Garris’ Trailers from Hell commentary on X, and the trailer by itself.

The Blu-ray is out on Monday, May 4th. The movie is also available for streaming on Amazon Prime.