Who You Think I Am (Celle Que Vous Croyez)

Befitting its catfish-related story, Safy Nebbou’s newest offering dons many masks and disguises itself constantly in plain sight, serving both as a treatise on the effects of age and a reflection on deep trauma.

Binoche plays Claire, a middle-aged teacher who’s trying to pick up the pieces and move on after a nasty divorce. She does so by taking up young and emotionally unavailable lovers such as Ludo (Guillaume Gouix), who provide a quick carnal fix while denying her of the intimacy she clearly wants. In an attempt to spy on him, she creates a fake profile on Facebook and pretends to be 24-year-old Clara in order to to befriend Ludo’s friend, Alex (François Civil). It’s all fun and games until they get dangerously close and Claire’s life starts to be dictated by her fictional self’s affair.

The plot, which Nebbou adapted from a novel by Camille Laurens into a script of her own, is fearless in its depiction of a woman so struck by trauma that she loses her moral compass. In her pain, she neglects her two sons, steals her niece’s identity and lies to an almost pathological degree to keep her digital façade.

While the film refuses to judge her, she’s painted as a tragic figure. Through Clara, Binoche’s character feels like she’s finally living her life – telling for a woman who constantly feels that she’s reaching (or past) her expiry date – but this comes at a cost for those around her and eventually herself. 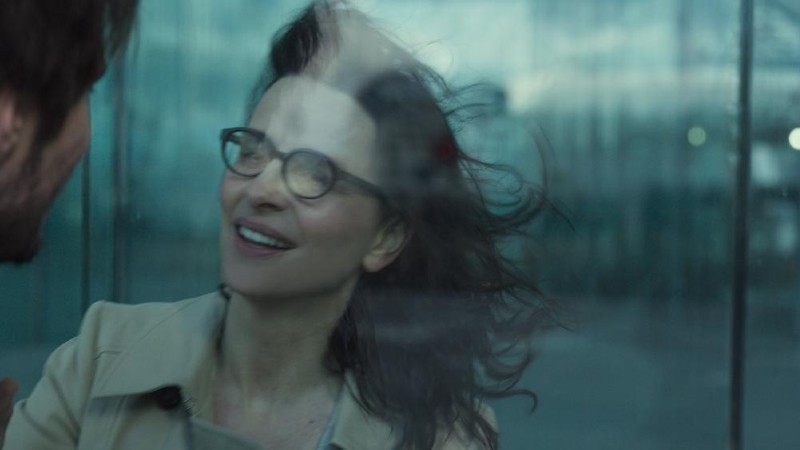 Serving as a proxy for the audience is Dr. Bormans (Nicole Garcia), a substitute psychiatrist whose sessions form a big chunk of the feature. Nebbou even dedicates a long stretch of the film’s second half to a jarring narrative detour in the form of an imaginary outcome for the story, written by Claire and read by the doctor.

It’s in this interaction between doctor and patient that the production finds a lot of driving force and one of its most remarkable subtexts: the way women bond in the face of the exploitation of men. After discovering a key piece of information about Claire’s tale, the doctor comments: “We women think we’re guilty, but we’re not”. The emotional resonance of these words considering what came before is breathtaking.

Ultimately, the sheer sprawl of Who You Think I Am mimics the convoluted mind of its protagonist. While it may not be every viewer’s cuppa – especially those who like their films with a clear sense of closure – it’s a stark and unrepentant stare into an emotional abyss that’s definitely worth a watch.

Who You Think I Am is out on VoD on Friday, April 10th. On Netflix in November.

Koreeda plays with fabricated stories and memories, in his first drama outside Japan, starring Catharine Deneuve and Juliette Binoche - on Mubi in July/Auugust [Read More...]