The bomb disposal specialist said: “You never know what somebody might tell you. When they think you’re somebody else”.

The works of Elmore Leonard came to mind when watching Jung-Ho Lee’s crime thriller of familiar territory. Leonard wasn’t a filmmaker, but his novels read like he could’ve easily been one, or for that matter, an American variant to Jean-Pierre Melville. He had a seamless swift. The crime wasn’t so much the fuel of the narrative, it was more so the spirit of the crime, and the temporal proceeding between cops and killers. The characters were regular day-to-day people, behaving within and without the nature of their lives and in midst of a prolonging episode that may, by narrative arc standards, reform them. That line of dialogue from the specialist, Mankowski, echoed for every scene featuring both Jeong Han Min-Tae (Yoo Jae-Myung), and Jeong Han-Soo (Lee Sung-Min), two opposing cops with distraught pasts solving a murder.

Tae and Soo aren’t necessarily different, they’re two hard-boiled cops who cautiously break the law in order to seize it all. They both want a promotion, and whoever solves the grisly murder of a 17-year-old girl, first, will find themselves up above from the rest. In this hunt, it’ll be revealed Tae and Soo aren’t who they say they are, one attracts tabs from prior negotiated thugs, the other uses the template for licit rulings to manipulate the strategy of the other’s squad unit’s attempt at barricading members of a gang. 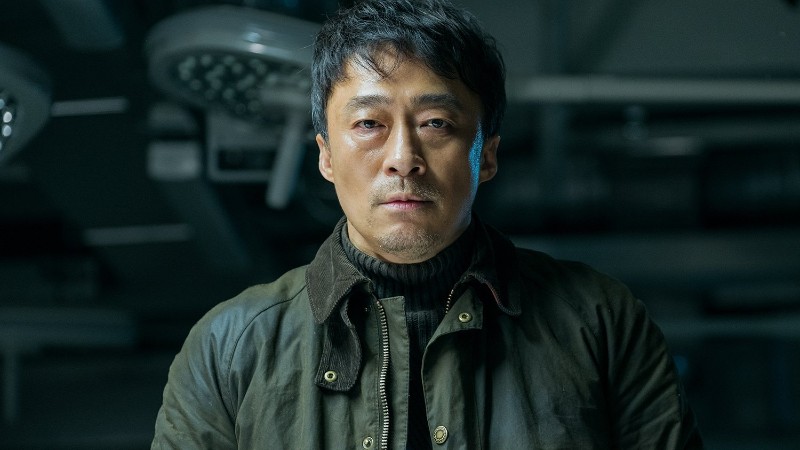 None of this is really as important as the murder, itself. Which, for a good 90 minutes of the film, descends in a threading of countless subplots. We’re introduced to a shady informant (Ho-jung Kim, from Kwon-taek Im’s Hwajang), and a sergeant (Daniel Choi) whose fate in an Oldboy (Park Chan-wook, 2004) inspired raid sequence determines the ties between Tae and Soo’s unit squad.

For the most part, The Beast isn’t a boring film. It is lengthy at its 132-minute mark but weighs in a lot of unnecessary action that could’ve been an opportunity to refine the two leads. There’s nothing singular in their nature other than both men must have this promotion for the sake of their own credibility and as a sentiment towards the commitment they’ve given for careers that have made them wallowed in despair. So much happens in this film for it to be boring, however none of what’s happening measures the significance of the originated crime. These characters only speak plot, their motives only serve the following moment, it is energetic and alive in its pacing, yet this is more of a ‘by-the-books’ within genre and plot.

What’s missing here is a sense of personality. Lee Jung-Ho has the pieces for a much more complex narrative put into one – not two, or four, or 10 storylines. The ambition by idea and vision gets in the way of a potentially well rounded arc between two rivals of similar notions regarding their own eventual vices. Both Lee Sung-Min and Jeong Han-Soo are experienced and formidable actors who give this straightforward material edge, while sparing the viewers of their own pedantic colloquy and moody facades we’ve seen so redundantly tried in American noir dramas like True Detective. The initial prognosis of The Beast, is every dog has its day. By the climax, none of the violence and the deception really have any meaning behind where both cops emotionally route to. That is to say at least the violence of this film has a blench effect only such violent South Korean films are capable of achieving. 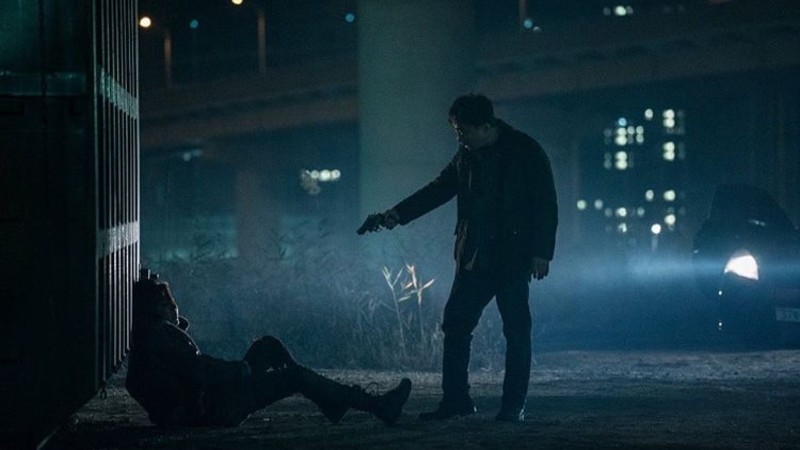 This is not in the means of the choreography (as the kind of choreographed fighting is nothing particularly of sensation), but in the very barbaric and raw beatdowns several characters endure from Tae and Soo’s wrath. Broken teeth, faces being scrapped against a cemented stonewall, noses gushing against barstools, and the rotting ligaments of the murdered victim. The Beast is a visual splendor for the modernist new wave of South Korean noirs that lacks a distinction when set amongst other thrillers of this genre such as Sympathy for Mr. Vengeance (Park Chan-wook, 2003), A Bittersweet Life (Kim Jee-woon, 2006) and I Saw the Devil (Jee-woon, 2011). But almost like any of the relentlessly released juniors of this cinema, Jung Ho-Lee’s film comes from a place of ambition and a ferocious endeavour to keep this pulp desaturation of hard crime to prevailing existence. This is his directorial debut (starting out as a screenwriter for the 2017 Sik Jung and Hwi Kim’s period crime piece The Tooth and the Nail), so all he needs is a script of evolving and involving characters that are not traditionally mechanics of the auto-pilot syndrome. Characters who, for instance, like the character Chris Mankowski of Leonard’s world, who have an opinion on almost anything than just what’s there.

What his directorial debut The Beast further showcases, is the great potential he’d make for a mini series of similar means. There’s perhaps a story there nuanced of the fight and stillness these two cops inhibit, and a plot exposed to an enigma of the National Police Agency.

The Beast is available on VoD on Monday, April 6th.

A former detective infiltrates a prison island in order to avenge the murder of his family, in colourful yet soulless South Korean martial arts flick - now available on Netflix [Read More...]