"Dirty gem"
A corporate lawyer in Lithuania and a Syrian refugee in Serbia develop a romantic bond, in LGBT drama filmed between Vilnius and Belgrade - from BFI Flare

This a moving tale about people coming to terms with themselves. Combining lush photography and poignant social commentary in the background, Romas Zabarauskas’s fourth feature is a slick and potent piece filmmaking rife with both love and grief.

Marius (Eimutis Kvoščiauskas) is a corporate lawyer in Vilnius who is approaching a midlife crisis while contemplating the emptiness of his privileged lifestyle. He longs for a companion but most of all, he longs for something that can give his life meaning. When his estranged father dies, his grieving process sets him on a journey to find Ali (Doğaç Yildiz), a Syrian refugee in Serbia whom he got to know through sex-cam sessions. Their meeting prompts these two very complicated men to achieve some sort of redemption.

The strength of the script, also penned by Zabarauskas, is how it ventures beyond the borders of this deceptively simple plot to tackle many issues surrounding gay life in Eastern Europe. The writer-director is still clearly interested in discussing the homophobia in the region, portraying its LGBT people desire to migrate, and exploring how the contact with someone from another background can be transformational. However, he also finds time to comment on upper-class ennui and the social perception of refugees.

The boldness surfaces in the complex portrayal of Ali. The character is a straight-acting bisexual who feels like he’s not gay-looking enough to meet the criteria for special LGBT refugee initiatives. Against all odds, he misses his homeland and refuses to be seen as a victim. Defiance shapes his interactions with all sorts of people. 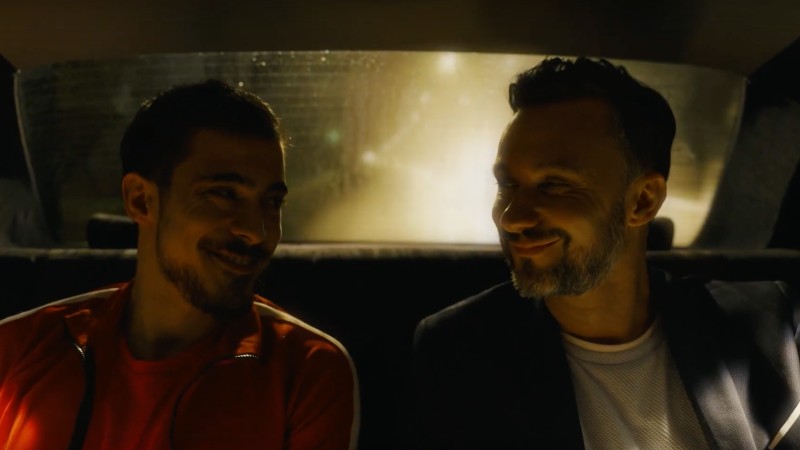 For his part, Marius has blinded himself to the pointlessness of his life and there’s enough in Kvoščiauskas’s take on the character to suggest that, in a deep corner of his soul, he has not fully come to terms with who he is. While assessing their predicament in a hotel room in Belgrade, both men realise the only way to move forward is to face their inner demons.

Thanks to DOP Narvydas Naujalis, all of this comes across as a very polished affair, with precise camerawork and vivid colours coalescing into exuberant shots (the fact that the two leads are easy on the eye does not hurt either).

Just like the titular character, The Lawyer keeps posing questions, and leaves people mulling over complex issues during its entire duration of 97 times. You will still be searching for the answers long after the credits roll.

The Lawyer was scheduled to show as part of BFI Flare, which was cancelled due to the coronavirus outbreak. Some films, including The Lawyer, were still available to review remotely. Other films are available to watch on BFI Flare at Home (until March 29th).

We have compiled a list of the 10 most thought-provoking, innovative and downright dirtylicious movies on Netflix, and they come every corner of the planet! [Read More...]