"Dirty gem"
A box made of whale bone may contain mystical powers, the documentary crew uncovers on their long pilgrimage to the Scottish Isles - out on Blu-ray on Monday, June 7th

This isn’t an easy film to pigeonhole. It’s not even a particularly easy one to describe. But it’s a very easy film to get locked into, the sumptuous visuals capturing its rod firmly on the viewer’s captivated eye. It certainly starts well, with a black and white still of a barren, abandoned box. Over the box, radio voices crackle with exalted excitement as to what, who or which it might contain.

As it transpires, it is a whale bone box. Caught in the Outer Hebrides, the box landed on a remote beach where civil interest soon turned to astonishment at the box’s mystical powers. Fearful of the powerful consequences, beyond their good and evil, the box must never be opened. Piecing this preternatural jigsaw, director Andrew Kötting focuses the narrative on his daughter Eden, the subject of ensorcelled fables. Filming in 2018, Andrew joined writer Ian Sinclair for an eight hundred mile pilgrimage from London back to the Isle of Harris.

What starts with good intention turns to good potentiality as both men encounter demons inside and outside the terrain. Eden pieces the fragments together, both in her part within the story and as an excited viewer watching the story. It’s more arthouse than forthright, yet its almost certainly a documentary in nature. 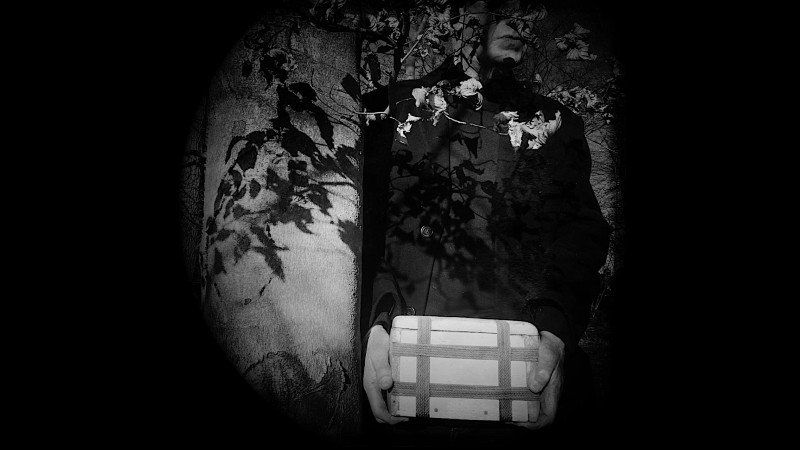 It’s an intuitive work, more focused on form over content, however beguiling the hexed content. It makes sense to focus on the visuals; many of them are exquisite. Some of the grainier footage recalls Francois Truffaut’s more striking sixties work, especially one montage that films two of the paraders in sepia tinted colours. While filming through the mountainous snow, Sinclair compares the slippery white ground with an albino whale. Behind them, a scintillating scream echoes with deafening inducement as the two men catch their collective breaths. There’s a magical poetry at play, somehow in keeping with the film’s more abstract agenda. The film prides itself on its DIY aesthetic, leading the viewer into the dazzling territory of devilry.

It requires a certain palette. Viewers coming in expecting realism will be dismayed by the rampant occultism. Pilgrimages are a voyage in time: as such, the film uses past and contemporary footage to wheel their dizzied viewers. The result is strangely hypnotic, capturing the flourescent wonders of a shared journey. At 80 minutes, the film doesn’t stretch out its journey, but does struggle to bring purpose to the story. Perhaps that’s the ultimate delirium; meaninglessness!