"Greasy movie"
Koreeda plays with fabricated stories and memories, in his first drama outside Japan, starring Catharine Deneuve and Juliette Binoche - on Mubi in July/Auugust

By bringing together Catherine Deneuve and Juliette Binoche, two of the greatest actresses of our times, Hirokazu Koreeda’s latest movue was hyped ever since it started production. While the film isn’t likely to attract any new fans, it’s a tender affair that finds the director searching for refreshing new ways of tackling time-honoured conflicts.

Besides reuniting the French screen legends for the first time, the drama is also Koreeda’s first movie outside Japan, made immediately after his Palme d’Or-winning Shoplifters (2018). It centres on Fabienne (Deneuve), a film star in the upper echelon of fame who’s in the middle of shooting a film she resents. Her life is suddenly disrupted by the arrival of her daughter Lumir (Binoche), who always felt neglected by her mother and decides to come to Paris for a heart-to-heart account of Fabienne’s soon-to-be-published memoirs. The daughter contests the contents of the book. 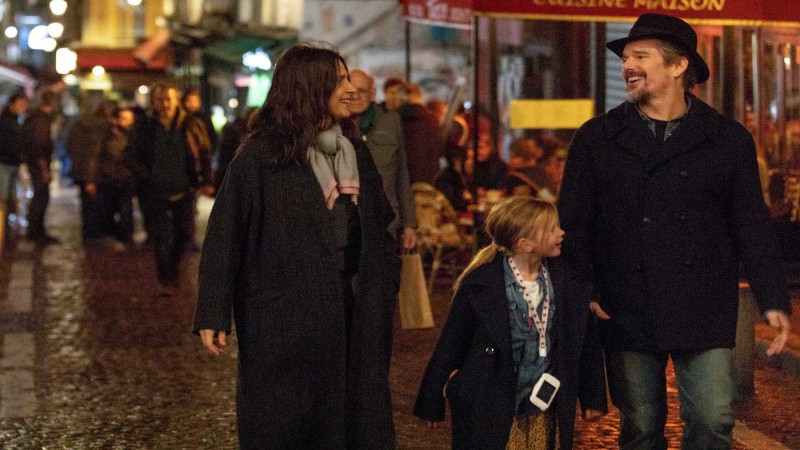 Koreeda is absolutely enamoured by family dramas and has made a consistent and interesting career out of them. On the surface, that’s exactly what he delivers here again. However, like its protagonist, The Truth is full of smoke and mirrors, playing with numerous narrative devices as well as its audience. It toys with established tropes and images (French people having heated arguments over dinner, Deneuve playing a cold-hearted diva, etc) in order to to create an essay about the ways people fabricate stories and memories, cinema included.

For example, when Lumir confronts Fabienne saying that the memoirs are not true, she tends to dismiss this as a form of criticism that would only come from someone who doesn’t know the nature of acting. Yet the two women are always acting towards each other. The scenes involving Lumir’s daughter Charlotte (Clémentine Grenier) illuminate how this affects the people around them (and provide some excellent metatext to the feature). 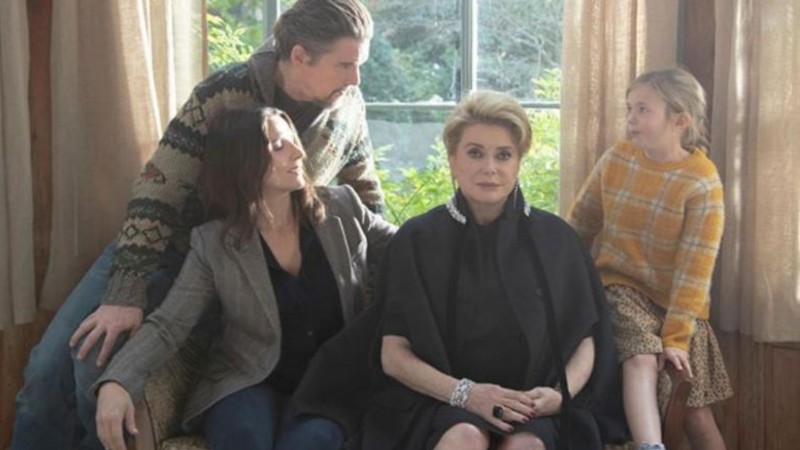 Their need to perform – to others and, most of all, to themselves – blends into Fabienne’s roles and into Lumir’s screenwriting, a craft she pursued after her acting wasn’t nurtured by her mother. During the film set scenes, Deneuve’s character even seems to incorporate her daughter’s suffering to build her on-screen presence. It’s marvellous to watch – even if it’s not the full-on melodrama this film had every chance of being.

For its 106-minutes runtime, however, Koreeda simply has too much on his plate and his haphazard approach makes a good part of the film’s middle act drag. His script wants to cover a lot of ground and there are just so many parallel storylines thrown in that one might wish he stuck to the main ones and called it a day. The fact that many of these bits of story are tantalisingly good makes it even more frustrating not to see them fully fledged. Ultimately, The Truth, gives audiences a thorough analysis of its subject matter, even if it could have used more focus.

The Truth is available on Curzon Home Cinema on Friday, March 20th. On Mubi in July/August.

In defence of Catherine Deneuve and wordless seduction