"Filthy genius movie"
The king of slow cinema is back after a seven-year hiatus with a rare and valuable gem, with a duration of more than two hours - from the BFI London Film Festival

Jean-Luc Godard has infamously thrown tantrums when his films were shown with subtitles against his will. Such was the case with Notre musique in Cannes in 2004, which left the French provocateur infuriated. Sixty-two year-old Taiwanese filmmaker Tsai Ming-ling has preempted this possibility by adding the following words to the beginning of his latest feature: “this movie is intentionally unsubtitled”. Yet the two directors couldn’t be more different in their objectives: Godard wishes to alienate his viewers, while Ming-liang wants to engage them, if very slowly.

The pace of Days remains is extremely observational. The takes are very, very long. The camera is almost entirely still, allowing viewers to investigate every nook and cranny of the slowly moving images. This is not slow motion. This is rather the pace of real life. The problem is that most of us are used to such fast-paced cinema that realism can cause estrangement. Unsurprisingly, there were a few casualties: about 10 people – likely unfamiliar with Ming-liang’s filmmaking – walked out of the cinema in the first 30 minutes of this 127-minute drama.

We watch a male wash lettuce and chop cucumbers for nearly 10 minutes. We gaze into the eyes of a man – barely a blink – in bed for minutes. We literally stare at a wall – barely a sound – for much longer than you may have ever done. This is a borderline sensory experience. A meditation exercise. An opportunity to immerse yourself in the world exactly as it is, to pay attention to the details that otherwise remain unnoticed. It is thoroughly enjoyable if you allow yourself to sit back and engage in the very subtle yet very affecting action. 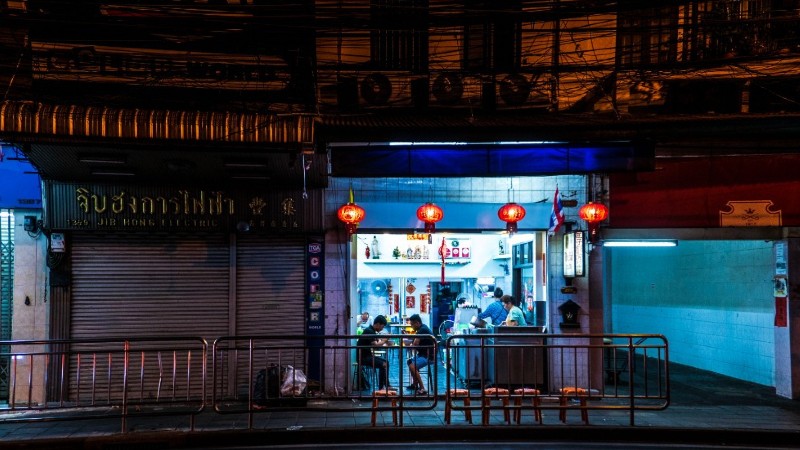 The narrative does exist. It just happens to be a very simple one. Two men carry on with their lives as normal on the streets of Taipei. One of them (Anong Houngheuangsy) is young and poor, and prepares a meal in his humble dwelling. The other one (Lee Kang) is a little older and seemingly wealthy, judging by the hotel room that he hires. This is where they meet. The conversations are sparse and wilfully “unsubtitled”. The younger man gives the older man a sensual massage, which gradually develops into full-on sex. The action is delicate and sensual, with a palpable sense of intimacy. The two characters develop a bond, helped by the quietly effervescent chemistry between the two actors. There’s also a touch of tenderness. The older man gives a tiny music box to the young one, which appears again in the end of the movie. The two men are inextricably linked through their memories, embodied by the unusual trinket.

Tsai Ming-liang’s uses various devices from his previous films, which fans will easily recognise. The copious amount of water (from the rain, hoses, sweat, etc) represents the fluidity of the fleeting moments, and also the flow of sex. The liquid bonds the two bodies, and it also serves to cleanse them. Water played a central role in films such as The River (1997) and Wayward Cloud (2005), with even the titles alluding to the vital liquid. Plus, Tsai Ming-liang’s latest movie climaxes in a slow and laconic gay sex scene between an older and a younger man, just like in the 1997 movie. The queer Asian filmmaker has once again crafted a quietly transgressive masterpiece. Indeed a precious gem. Perhaps not the dearest jewel in the crown of the unusual king, but still a very valuable stone.

Days is showed in Competition at the 70th Berlin International Film Festival, when this piece was originally written. It premieres in the UK in October, as part of the BFI London Film Festival.