"Mostly clean movie"
In this remake of Force Majeure, a woman loses faith in her husband after he runs away from an avalanche, leaving her and their two children behind - in cinemas Friday, February 28th.

Avalanches may plague the same mountains every now and again, but lightning seldom strikes twice. Downhill, the English-language remake of Ruben Östlund’s Force Majeure (2014) tries its very best to do justice to its source material but the results are as pale as snow in comparison.

Here, Julia Louis-Dreyfus and Will Ferrell are Billie and Pete Staunton, an American couple who are out of their honeymoon phase and are trying to make the most out of a skiing getaway in the Alps. Despite the occasion, Pete is distant throughout, constantly checking his phone and envying the life of his younger pal Zach (Zach Woods). When an avalanche engulfs the balcony of a restaurant where the family is resting and Pete abandons his wife and kids. The family rift is laid bare and the couple must confront their issues head-on.

At centre stage, the Stauntons’s family drama renders itself an uncomfortable two-hander by amazing actors. Louis-Dreyfus and Ferrell – top-notch comedians who share a history of playing larger-than-life characters – give some of their most restrained performances here.

Between the two, the star of Veep gets the meatiest role and Billie’s narrative arc allows her to explore a fuller range of emotions than Ferrell’s character. Acting as an agent provocateur, zany hotel manager Charlotte (Miranda Otto) is a great source of humour, despite being relatively one-note. 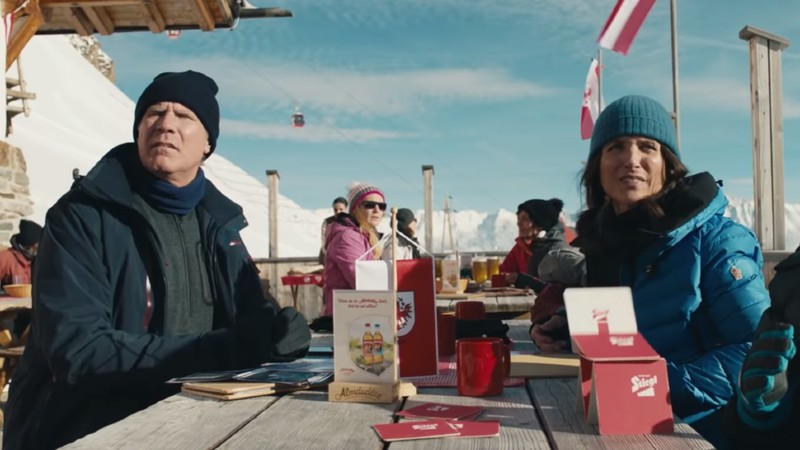 If the casual viewer watches this with no previous background, they might have a good time depending on their tolerance for cringe comedy. Directors Nat Faxon and Jim Nash emulate the aura of its predecessor with some success and, for the most part, plays out like the European art comedy upon which it’s based.

However, the resemblance is frost-deep. The acidity and sheer discomfort of Östlund’s writing is considerably toned down for mainstream audiences. The jabs don’t hit as hard and there doesn’t seem to be any explicit reason for this project to come to light – especially considering how well the Oscar-nominated Swedish film tackled this tale of miscommunication, marital distress and fragile masculinity just six years ago.

The fact that it opens in cinemas in the very same month as Bong Joon-ho’s Parasite (which made history by becoming the first foreign language film to nab the Oscar for Best Picture) As streaming widens the global appeal for foreign-language productions like never before, with some of them garnering great popular acclaim, will Hollywood rethink its old-fashioned model of pointless English-language remakes? Only time will tell. In the meantime, Downhill stands as a film that, while not exactly bad, doesn’t say anything new and whose memory melts away quickly.

Downhill is in cinemas across the UK on Friday, February 28th.