"Mostly clean movie"
During the 19th century gold rush, an American and a Chinese capitalise on selling delicious cakes with a mystery ingredient, in this slow burn comedy - in cinemas Friday, May 28th

This is a very unusual American indie. It’s filmed in 5:4, there is very little artificial lighting, the narrative pace is languid, some of the dialogue hardly audible, one conversation (in an indigenous language) not even subtitled/translated. None of this can be held against the movie. In aesthetic and formal terms, this is a very unusual and audacious film. The problem is that it simply fails to captivate and moooooo-ve!

In the mostly wild and yet-to-be-colonised Oregon Territory, people from all over the world are seeking to become rich. Americans, Russians, Chinese and others mingle with the indigenous people, who carry on with their lives as normal, with little interest in the much-coveted metal. A baker aptly nicknamed Cookie (John Magaro) and a Chinese man called King Lu (Orion Lee; a very strange casting choice, as the British actor hardly sounds Chinese) are not particularly competitive miners. Cookie is rather clumsy, while King Lu is wanted for killing a Russian man.

The two underdogs bond and develop some sort of bromance. They move in together into a shackle in the woods, and enjoy a borderline marital existence, dreaming of settling and running a hotel further south. Yet it’s by selling oily cookies that they begin to make money. The little cakes fried in oil, smeared in honey and sprinkled with cinnamon become an instant amongst the ambitious miners. 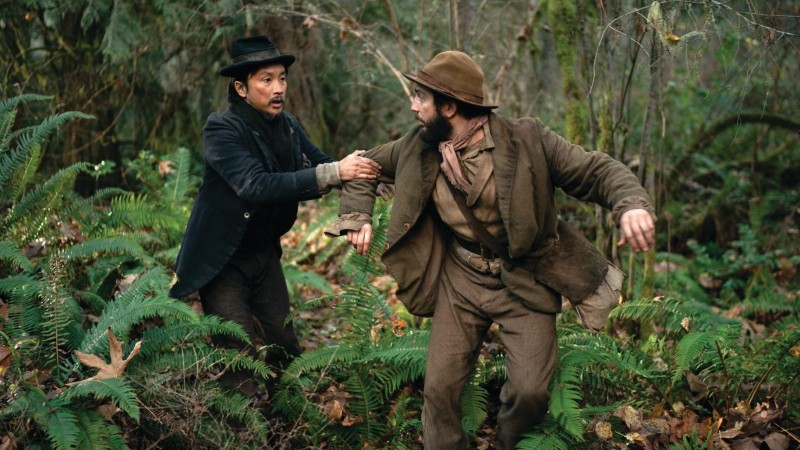 Their avid clients are very curious to find out what the wonderful ingredients are, but the two man refuse to reveal their secret. King Lu claims that he learnt the recipe in China. In reality, the two are stealing milk every night from the first cow in the region, owned by a wealthy British entrepreneur and aristocrat (Toby Jones), who also happens to be one of their most prolific customers. They found a real cash cow. The story finds subtle humour in awkward situations, such as the dangerous interaction between the wealthy Brit and the racketeering bakers. It slowly builds its narrative arc upon the inevitability of the two man being caught, and the possibly fatal consequences.

Directed by a woman, this is a film almost entirely populated by men. But it doesn’t dive particularly deep into masculine psychology (certainly not in the way that fellow American female director Eliza Hittman – who is also in Competition in this year’s Berlinale – does in 2017’s Beach Rats). The characters are unremarkable and the action is trite. This very long movie (with a duration of 122 minutes) feels pointless and unnecessary. And it’s as thrilling as milking one of our bovine friends.

First Cow showed in Competition at the 70th Berlin International Film Festival, when this piece was originally written. It shows at the virtual Glasgow Film Festival between March 5th and 8th (2021). In cinemas Friday, May 28th. It’s also available on Amazon Prime.