"Greasy movie"
Highly digestible drama reflects on the conflict between literary aspirations and industry demands - in cinemas on Friday, May 21st

The year is 1995. Joanna Rakoff (played by Margaret Qualley, who was catapulted to fame last year in Tarantino’s Once Upon a Time… in Hollywood) works as an assistant for a prominent literary agency in New York. Her job is to answer the vast amount of correspondence addressed to the reclusive Jerry Salinger (who passed away 10 years ago, in 1993), author of the cult bestseller Catcher in the Rye. She is a huge fan of literature and wishes to become a writer herself. In the office, she is surrounded by images of the biggest American writers in history, and she often gets to meet some of her idols. Yet, a career in literature couldn’t be further away. She’s stuck in a rut. Doing such menial job, and working for a commercial organisation primarily preoccupied with profit-making, means that her writing ambitions must be put on hold.

The young and beautiful female is full of ideas, but her formidable boss Margaret (Sigourney Weaver) promptly clips her wings, reminding her that she’s merely a secretary. She’s not supposed to write. Her chain-smoking boss exudes confidence and elegance, but she’s also arrogant and heartless. She’s prepared to fire Joanna at the blink of an eye. She’s some sort of Miranda Priestley of the literary world. But the cold and ruthless woman has a secret in store, and she’s far more vulnerable than she appears. Maybe she does have a heart after all. 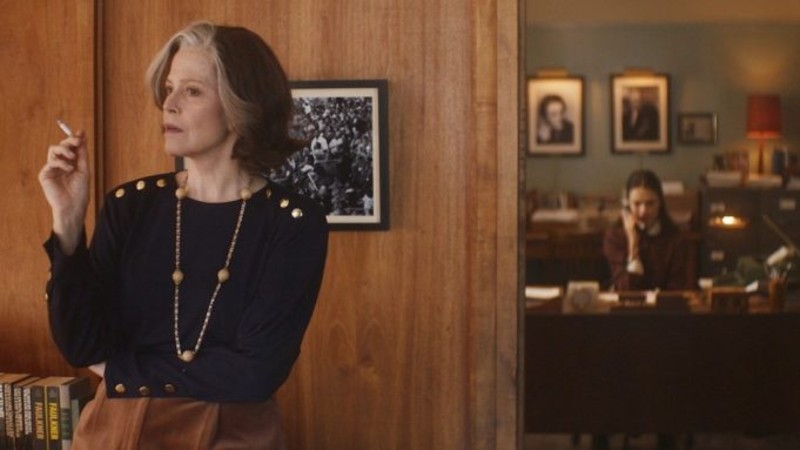 Margaret is also very old-fashioned. She resists the pressures of the digital world, and refuses to have a computer in their office. She dreads the day people will communicate via e-mail. Joanna has to operate a typewriter, where she writes standard letters to the numerous Salinger fans, who assume that they are communicating with the eccentric author. Gradually, she earns the respect of her callous boss, who entrusts her with more challenging tasks. She begins to communicate with a hard-of-hearing septuagenarian Salinger, who calls her Suzanna (she never dares to correct him). Could Joanna challenge the established orthodoxy of the literary industry, twist her career ladder and become a successful writer of her own? Or will Joanna stand on her way?

This is a real story, based on the memoirs of Rakoff and an adapted screenplay by the French-Canadian director Philippe Falardeau. It will ring bells with anyone who has a creative mind and struggled to reconcile career/money-making with creative aspirations. The narrative is very conventional and straightforward, very easy for anyone to follow (even if you are not familiar with any of the writers in the movie, such as Salinger, Rachel Cusk and Judy Blume). The soundtrack is quite groovy, with a few songs from the 1990s, including Elastica’s connection. Qualley and Weaver are well cast. The ending, however, is a little abrupt and unexpected, and a lot of questions are left unanswered. Overall, this little drama is entertaining enough for its 101 minutes of duration, but hardly memorable. Not a film that will stay with you for a long time.

My Salinger Year premiered at the 72nd Berlin International Film Festival, when this piece was originally written. In cinemas on Friday, May 21st. This film is also known as My New York Year in the UK.