One seldom gets to know how footwear and cacti influence a country’s government, but Matthew Rankin’s The Twentieth Century is the rare film which accomplishes just that. This debut feature, premiering in Europe as part of the daring Forum section of this year’s Berlinale, is a highly idiosyncratic fever dream with the right amount of kitsch to make it a hit with the midnight movie crowd.

The film follows Mackenzie King (Dan Beirne) in his quest for becoming Prime Minister of Canada, trying desperately to prove himself to his peers and to a archetypal formidable mother (Louis Negin). However, this personal journey is shown in such a stylised and over-the-top fashion, it might as well be an alternate universe.

Here, Toronto is rendered in colourful yet austere architecture, Winnipeg appears as a cesspool of depravity and Quebec looks like a Utopian commune. Dany Boivin’s brilliant art direction channels German expressionism and Soviet agitprop in order to create an imaginary country – one that simply could not exist, yet feels tangible. The mise-en-scene, combined with Rankin’s editing, creates the effect of complete sensory overload.

Freed from the constraints of reality, the script, also handled by Rankin, tackles a lot of themes. Some of these will hit harder if the viewer has some background of Canadian political history: the country’s relationship to England, its role in the Second Boer War, the Quebec independence movement and the elusive character of King himself play considerable parts in the plot. 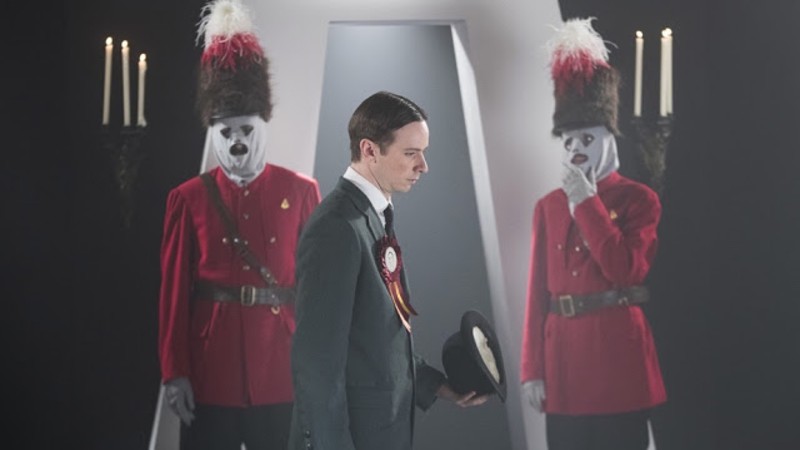 More overt, however, is the filmmaker’s intent of painting this fantasy Canada in decidedly queer tones. The casting is full of interesting gender-switches, adding to the surreal nature of the film. The games in which the contestants for Prime Minister partake are hilarious partly because they reinforce the notion of masculinity – as well as politics – as performance.

For King and his desire to ascend to his country’s upper political echelon, this also means that he has to look the part: being tough, get a trophy wife and control his sexual urges towards shoes. The film revels in unusual sexuality, with most characters indulging in some sort of kink.

Ironically, no matter how wildly allegorical The Twentieth Century gets, echoes of reality always creep into the narrative: the scheming of the aristocracy, the way politicians are groomed for public appearances, the divisive ideological struggles. In those moments, Rankin’s visual feast of a film morphs into one hyperreal canvas – cacti and footwear notwithstanding.

The Twentieth Century premieres at the 70th Berlinale, which takes place between February 20th and March 1st.

A satanic rock star, a driving instructor with paranormal powers and a widower must face very different demons, in this spectral comedy from Ireland - now available on VoD [Read More...]