From Ichi the Killer (2001) and Visitor Q (2001) to The Happiness of the Katakuris (2002) and Ninja Kids!!! (2011), Takashi Miike is amongst the most eclectic directors on the world stage. He is frequently described as bizarre and extreme, yet First Love is a mediocre headache of a film.

Much like Free Fire (Ben Wheatley, 2016) – that exercise in naff banter and dreary combat – First Love has a stale mix of harsh combat and pantomime comedy that fail independently and intertwined. Both films have a litany of swaggering, hollow characters who are so charmless and unlikeable that you just will for them to kill each other so you can leave the screening and get on with your life. Some compared Wheatley’s film to the quips and wisecracks of Quentin Tarantino, but it wasn’t even on par with Guy Ritchie – and neither is this frivolous nonsense from Takashi Miike.

There is a story to First Love, something about a drug deal gone wrong and a petulant young boxer called Leo (Masataka Kubota), whose fight scenes, it must be said, are filmed quite well. Anyway, the angsty boxer crosses paths with Monica (Sakurako Konishi), a young girl forced into prostitution due to her father’s debt to the Yakuza. These two, who apparently share the titular first love, become entangled in said drug deal, which involves so many parties it’s not worth repeating. 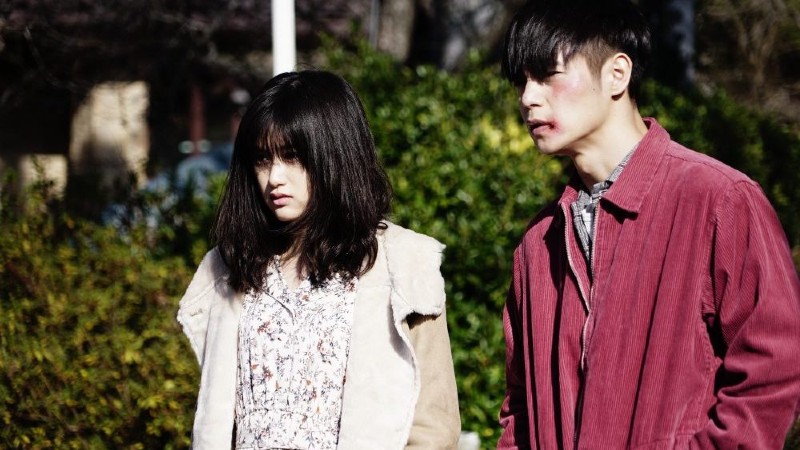 This is the main problem with First Love – it is a convoluted mess. Screenwriter Nasa Nakamura throws hordes of pinstriped Yakuza into the story and fails to make any of them interesting, and the performers’ wacky shtick only makes it worse.

It is here that a comparison to Tarantino is actually called for, and it isn’t favourable. True Romance (Tony Scott, 1993) is, as the trailer pithily summarises, a story of ’60 cops, 40 agents, 30 mobsters, and a few thousand bullets’. However, there’s one thing they missed in that summary – the chemistry of Clarence (Christian Slater) and Alabama (Patricia Arquette). Their relationship proves befitting of the film’s title and acts as a binding agent for the dynamite energy of Tarantino’s script and the ensemble of fantastically dirty performances from Dennis Hopper, Christopher Walken and Gary Oldman.

Alas, First Love is just adolescent carnage with no heart, no soul and originality; it’s one of those films where you spend the running time wishing you were watching an old favourite that did it so much better.

First Love is in cinemas Friday, February 14th. On VoD in March.

Director of The Eyes of My Mother returns with a tribute to giallo bursting with extravagant aesthetics and vivid tunes, while also lacking some substance - on Shudder on June 1st [Read More...]

The American director of The Eyes of my Mother and Piercing delivers a personal and inventive take on the highly conventionalised Japanese franchise - in cinemas Friday, January 24th [Read More...]