Tyler (Kevin Harrison Jr.) is going to be the best at wrestling. His father Ronald (Sterling K. Brown) says so. He orders it, mercilessly training him every day in their own improvised gym at the top of their splendid middle-class house. Ronald is a successful businessman. He worked hard to get there. He tells his son that there is no option for an African-American to be “average” at anything. He must excel. Such is to be black in America.

Tyler has other problems. His girlfriend Alexis (Alexa Demie) is pregnant. They go to an abortion clinic in order to get the pregnancy terminated and encounter some very vocal anti-abortion protestors. One used the n-word on Tyler. Tyler is desperate to get the pregnancy ended. Alexis decides to keep the baby. In a frantic couple of hours, Tyler smashes up his room, rushes out of the parental home, goes to a party where Alexis is and in a fatal argument causes her to fall on the kitchen floor where she dies. He ends up the local “reform” facility with a life sentence. There is the possibility of parole after 30 years. The judge describes this a provision for “mercy”. The state of Florida has indeed a very odd notion of “mercy”. 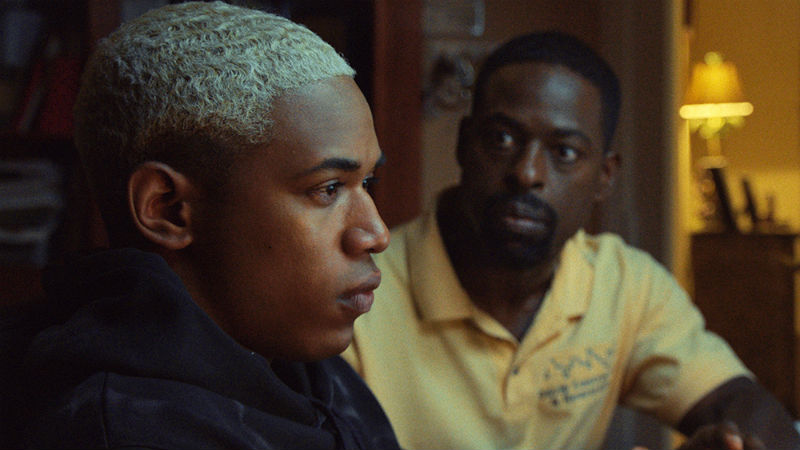 The film then switches to the predicament of Tyler’s sister Emily (Taylor Russell). Isolated at High School and harassed on social media because of what her brother has done, she is befriended by a kind boy called Luke (Lucas Hedges and becomes his girlfriend. Luke has problems of his own. His father is dying of cancer in a hospital in Missouri and Luke cannot forgive him for what he put his mother and Luke through when Luke was young. Emily persuades him to visit his father and the father eventually dies amid forgiveness and reconciliation.

This film is about forgiveness. It is about how decent and well-meaning people screw up their lives because they lose their temper too much, because they are trying too hard, because they need to hang on to those they love. As such, it is winning and moving. The camera work is inventive. The music is compelling, particularly Dinah Washington’s What a Difference a Day Makes. Some, however, may feel the camerawork too dramatic, the emotional underscoring too obvious. Even the most innovative of Hollywood films can’t stop telling you what you ought to be feeling at any given moment. A good weekend weepy!

Waves is in cinemas on Friday, January 17th. On VoD in June.