"Greasy movie"
Mikhaël Hers's meditation on loss and estrangement has an effortless naturalism, but lacks a visceral edge - in cinemas Friday, January 3rd

When Isis surpassed Al-Qaeda as the leading jihadist group in 2014, the following three years would see a wave of terrorism sweep across the Continent, killing dozens in France, Belgium, Germany, Sweden, Spain and the UK. Of these countries, France was hit hardest, with over 200 people dying between 2015 and 2017. This spectre of tragedy looms over Amanda, Mikhaël Hers’s quiet, unassuming drama.

The title refers to 7-year-old Amanda (Isaure Multrier), who lives with her mother Sandrine (Ophélia Kolb), an English teacher at the local école. Amanda and her mother have an authentic chemistry that’s established in flowing, naturalistic sequences in their light and airy Parisian apartment. Particularly endearing is a scene in which Sandrine explains to her curious daughter the meaning of ‘Elvis has left the building’, which, I must add, educated me as well as young Amanda. 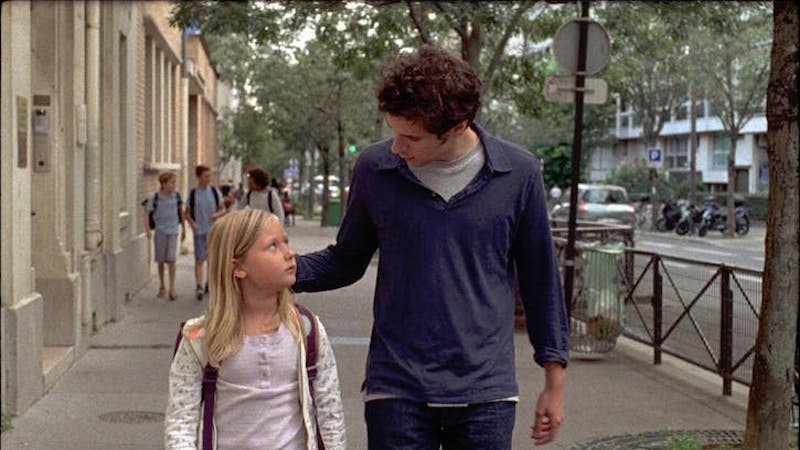 All of this is tinged with dread, for Sandrine, we know, will be killed in a terrorist attack. When this moment comes there is no punch to the gut, but there is no cheap sentimentalism, either. The real pain comes after the event when David (Vincent Lacoste), Sandrine’s twenty-something brother, has to explain to Amanda what happened to her poor mum.

It is David who carries the bulk of the emotional weight in this tragedy. His occupation is that of factotum; when he’s not greeting tourists at Gare du Nord for a vaguely dubious landlord, he’s pruning trees and shrubs at local parks. He’s a good guy though; he may lack ambition and direction but he has a shaggy-haired affability that suggests he’ll get his sh*t together at some point.

David’s prospects are spiced up when he meets Lena (Stacy Martin), a Gallic beauty who moves into one of his employer’s properties. You feel the butterflies in their stomach as they hit it off, such is the understated power of Hers’s direction and the actors’ performances. Lena, however, is also caught up in the attack, suffering wounds to her arm and, most perniciously, her mind.

This is what Amanda is about – the fallout of tragedy. A moment’s violence can cause a lifetime of suffering, but it can also heal old wounds, too. For David and Amanda, Sandrine’s tragic death becomes an olive branch to Alison (Greta Scaachi), David’s estranged mother who moved to London long before her granddaughter was born. It is unclear whether amends will be made in the long run, but the situation rings true for those who have experienced such familial shock.

Ultimately, despite its context, Amanda proves to be a warm, subtle film with an effortless naturalism, yet it lacks a visceral quality that could have made it a more absorbing, affecting piece of work.

The life of 18-year-old Nic Sheff is turned upside down after he becomes addicted to crystal meth, in this cinema adaptation of best-selling books by Nic and his father David - now available on VoD [Read More...]

Four friends seeking relaxation in an luxurious villa instead are confronted with ghost of the pasts, as a mysterious visitor is about to arrive - now available on BFI Player [Read More...]