"Filthy genius movie"
Documentary about anti-Putin Russian millionaire exposes the contradictions of a country that's neither democratic nor entirely "evil" (as Westerners like to paint it) - in cinemas Friday, December 13th

M[/dropcap[ikhail Borisovich Khordorkovsky is charming, well-educated, self-confident and highly intelligent. He has suffered imprisonment twice for standing up to Vladimir Putin and his power apparatus in Russia. He runs a platform for genuine (as opposed to state) information about Russia (“Open Russia”). He is a major philanthropist and has the support of leading politicians in the West for his work defending human rights. Yet he is one of the notorious oligarchs. Like many of his kind, he bought up shares in defunct state concerns after the collapse of the Soviet Union, making millions in the process. He was appointed head of Yukos, a hugely successful oil company, which made him the richest man in Russia. He is still worth millions today.

The oligarchs controlled the Russian regime that emerged under Boris Yeltsin. It was the era of gangster capitalism. Much of Russia’s wealth was controlled by criminal gangs. Shootings and murders were common in Russia’s cities. With the collapse of the Russian economy, much of Russia’s population were impoverished and forced to sell prized possessions in the streets just to buy enough food. Boris Yeltsin, although he stood for democracy, was controlled by the oligarchs and had great difficulty in running the country. During this time, Khordorkovsky was suspected of arranging the murder of the Mayor of Nefteyugansk, Vladimir Petukhov, who stood in the way of the expansion of Yukos.

It comes as no surprise, then, that when Vladimir Putin, originally an obscure operative in the KGB, became president and started to challenge the oligarchs, arresting many and taking over their assets, his actions were immensely popular with many Russians. Indeed, Putin used this initiative to lay down the foundations of his control of Russia. 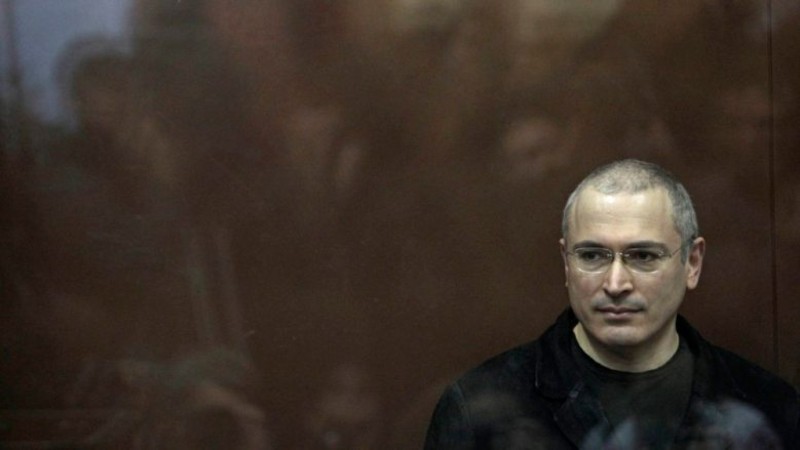 What is so useful about this documentary about the ambiguous figure of Khordokovsky is that it clarifies the reality in Russia. A simplistic Western view of Russia is that Russia is reactionary, backward and likes autocracy and is reverting to form. Putin is anti-liberal, anti-democratic and wants Russia to be “great” again. This is only half true. Putin inherited a situation of gangsterism. What he did was seize control of this gangsterism and use it for his own purposes. Russia was suffering disorder and poverty. He restored “order” and thinks he is building up respect for Russia. The concept of control is the key to understanding Putin. This is well illustrated in this documentary which shows the episode in which the relatives of the sailors of the submarine Kursk, that sank tragically in the Barents Sea, scream at officials for their dishonesty and inaction. One woman, particularly effective in her criticisms, suddenly has a syringe put in her arm and is “calmed down”. She is brought under control. What Putin wants is control.

Anything that threatens that control is dealt with. That was why Russian dissidents are not safe abroad, why the media is ruthlessly supervised, why interference goes on with foreign governments. Putin wants nothing that will call him to account. He wants to mess around with the processes of democratic governments because under their systems he would be called to account. He indulges in dog-whistle politics – rage against “filthy practices” coming in from the West (such as homosexuality), expansion abroad, paranoia about the “persecution” of Russia – because these themes are part of the Russian tradition. It is not that Russia is inherently reactionary. Many of the middle class in Moscow and Saint Petersburg loathe him. It is that many Russians are reactionary, and he wants to establish his base, in the same way that Trump wants to cultivate his base in Mid-America, and Brexiteers want to call up the prejudices and illusions of Middle England to establish their case. 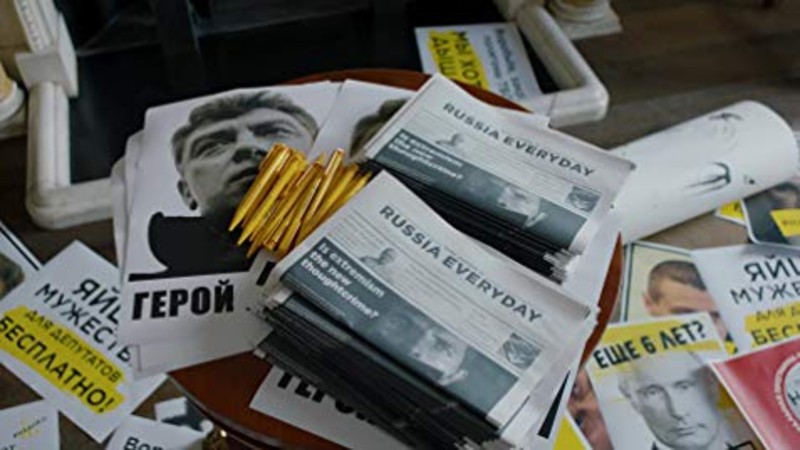 The strange control of Putin is illustrated not just with the chilling events in Salisbury but also with the course of Khordorkovsky’s second trial. At the trial, after being previously convicted for embezzlement of Yukos’s money, in a contradictory way, he is then accused of not paying tax on the money he stole. This was so absurd that Khordorkovsky and his defence team in the court start laughing out aloud and mocking the inept Chief Prosecutor. This was captured on television and has made many Russians sympathetic to Khordorkovsky because it unmasks so well the injustices and pretences of Putin’s regime.

This documentary is a solid and efficient exposé of Putin’s regime. By concentrating on someone who is not entirely guiltless but seems to have been improved by his sufferings, it portrays the contradictions and tragedy of the modern Russian state. It won’t have the general public queuing round the block but catch it if you can. You will learn a lot.

Citizen K is in cinemas on Friday, December 13th.