"Dirty gem"
A small English town directs its villagers in directions of which none would have ever conceived - in cinemas on Friday, October 30th

In an agrarian English atmosphere, young aspiring writer Kai (Joshua Glanister) wakes himself to the call of adulthood, understanding the bonds that keep love and friendship together. This is a love story, first loves are always a part of adolescent journeys, but the film is ultimately a love of friendship. Collecting his mate Megsy (Jack Gouldbourne) from his mother’s house, the pair head to the library, distracting themselves from examination practice through cigarette smoke conversations. There, they talk about the simple pleasures of life; their future careers, their future habitats, their future wanks.

It reminds me of Ricky Gervais’s admirable Cemetery Junction (2010), but this effort is more noteworthy, the cast members, the accents and the clothing outfits a key part of every-day Northern England. Two of the older cast members are of the Game of Thrones variety (Harry Lloyd and James Faulkner), making it abundantly clear that this film has mainstream aspirations to adhere to. One of funniest moments comes as the trio of young boys race over the cobbled town roofs, seeking shelter from the policeman whose handcuffs await them. 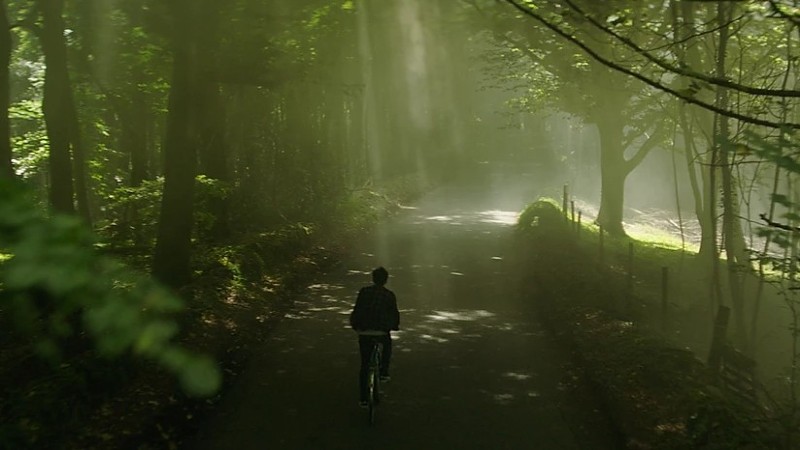 And yet the cinematography is occasionally guilty of feeling and looking like a television movie, one simulated sex scene beneath a tree is distressingly pornographic instead of lithe and beautiful. Lead actress Kim Spearman occasionally fails to meet the ethereal demands she needs to keep as writerly concubine Grace.

Glanister, however, is excellent, a steely eyed, petrified boy, eager and anxious to embrace the future that awaits. He yearns for a symbol, any symbol, pointing to the horn headed luxury a stag offers him. Obsessing over the animal with fixated fervour, the stag crops up in his daily conversations, embracing the pen by which he hopes to write his best-selling book. Conflicted, conflated, conditioned and immeasurably preoccupied with the opposite sex, Glanister occupies the innermost darkest anxieties felt, but never spoken about, in the common teenage male. Silent, his voluminous glares speak unimaginable decisions that awaited, await and will await him.

It’s a love letter to the absence of adulthood, the boredom of adolescence and the fighting spirit that captures the young heart. It’s a tale of young love, and a telling reminder that the greatest loves of our lives aren’t necessarily the people we share our beds with, but those we share our chats with.

Philophobia showed at the 23rd Tallinn Black Nights Film Festival, when this piece was originally written. It premieres in London on Saturday, March 21st, as part of the London Independent Film Festival. It’s out in cinemas on Friday, October 30th.