"Greasy movie"
In this National Geographic documentary, director Feras Fayyad captures the bravery and perseverance of besieged doctors fighting to save the people of Damascus - out in UK cinemas Friday, December 6th.

The Cave opens with an establishing shot of Eastern Al-Ghouta, a dusty tableau of decrepit rooftops set against the mountains of the Syrian desert. Five to ten seconds pass before the scene is disturbed by a black object hurtling towards the ground, exploding in a billowing cloud of smoke. It’s a missile, and it’s followed by five more, causing untold terror and misery to the 400,000 people trapped in the devastated city.

This was the reality of the Siege of Eastern Ghouta, which the Syrian Government laid upon anti-government forces from April 2013 – April 2018, killing some 18,000 people and displacing 105,000 more. The Cave is a sobering depiction of the siege and the remarkable people who laboured to restore the threads of their crumbling society. Sadly, it is a struggle that continues in towns and cities across the ruined country.

The focaliser of the story is Dr. Amani Ballou, a young female paediatrician who managed a subterranean hospital known as the Cave with her colleagues Samaher, Dr. Alaa and Dr. Namour. We see bed after bed rush through the emergency entrance, the victims screaming in pain or sprawled out limply, clinging to life. Many of them are so young that they can barely articulate their suffering, they just cry or stare in confusion, covered with blood and detritus. 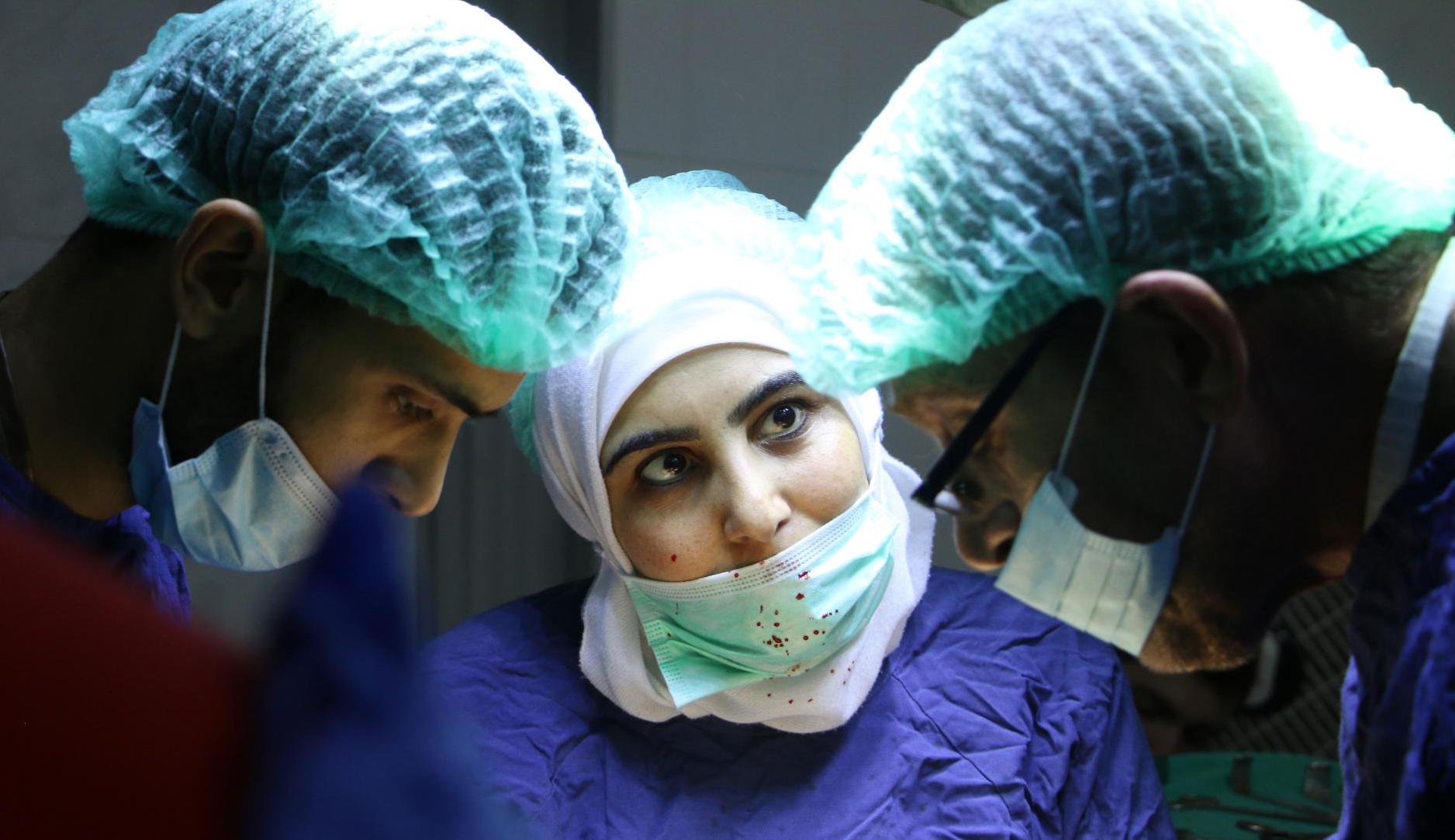 Dr. Amani is stoic and decisive in the face of this immense pressure, yet the carnage of the civil war is not the only thing she faces – she also receives attacks on her gender. The most notable example of this occurs when a man blames the medicine shortage in Al-Ghouta on her being a woman, ‘find someone who can help me… a male manager who can do a better job.’ What follows is a patriarchal spiel of how women should stay at home, but he is left stumped when Dr. Namour interjects, ‘as a doctor, has my work been bad in the presence of a female manager? Hospitals don’t rely only on one person, it’s teamwork.’

The filmmakers – led by director Feras Fayyad – observe this teamwork with skilful humanism. We see the chemistry between them amongst all the chaos; there are jokes, stories, bickering, but above all there is unerring purpose and perseverance. They make maximum use of the limited resources at their disposal and employ little rituals to keep them sane, such as the classical music Dr. Namour plays on his iPhone during surgery- ‘we don’t have anaesthetic, but we do have classical music!’, he tells one ailing patient.

For some, Syria has become a war rather than a country; a place of relentless violence, partisanship and religious fundamentalism. The Cave shows us the humanity of this awful conflict, immortalising the heroes who risk their lives to save thousands. And if you needed yet another reminder of the terrible loss this conflict has wreaked, four staff members lost their lives during filming of The Cave. They were: Abdul Rahman Alrihani, managing director; Wassam Albas, ambulance driver; Ezzedine Enaya, nurse; and Hasan Ajaj, nurse.

The Cave is out in UK cinemas Friday, December 6th.

Mother finds strength in her baby daughter in order to resist the oppressive Assad regime, in this punch-in-the-stomach war documentary - watch it now on VoD [Read More...]