"Greasy movie"
Docudrama about man who led the landmark investigation into the CIA torture program reveals the dirty secrets of the intelligence service - in cinemas Friday, November 15th

Daniel J. Jones is an FBI agent tasked by US Senator Dianne Feinstein (Annette Bening) with writing a report about the CIA’s systematic torture of terrorist suspects in the years following the September 11th attacks, specially in the aftermath of the Iraq War. The practice is euphemistically dubbed EIT (“Enhanced Interrogation Techniques”), in an attempt to circumvent the Geneva Convention (in particular the Humanitarian Law of Armed Conflicts) and seem more palatable to the wide American public.

These techniques included waterboarding (simulated drowning), confinement inside a box with insects, mock burials, walling, sexual and psychological humiliation, rectal feeding and sleep deprivation (through the continuous use of extremely loud music, such as Marilyn Manson’s jolly The Beautiful People). One detainee was waterboarded 183 times. Another detainee passed away from hypothermia after being having a bucket of water thrown on his head and being left to sleep butt-naked on the cold floor. Some of the techniques are portrayed through drawings, and some are reenacted in their full horror (such as the highly prolific waterboarding). 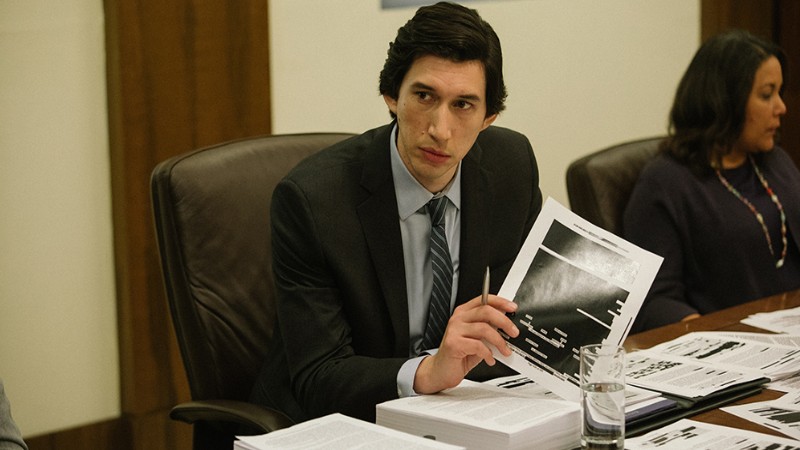 Daniel learns that these interrogation techniques were not efficient. Detainees either lied or disclosed information that the CIA already knew. There is no evidence to support that EIT ever prevented a major terrorist attack. The CIA was fully aware of such inefficacy, having previously used such practices in Latin America and Vietnam in the 1970s to virtually no results. Nevertheless, they carried on undaunted. Daniel eventually raises the million-dollar question: why did they continue doing something that produced no results? He too seems unable to find a compelling answer. I would hazard a guess that the motives include a dash of sadism and vanity, in a gratuitous display of sheer perversity and inhumanity and very twisted power trip.

The second half of the movie takes place almost entirely during the Obama years, as Daniel attempts to publish his report. He suffers retaliation from the CIA, which launch a menacing lawfare campaign against the poor man (literally poor, as his relatively small salary and savings would never enable him to wage a legal war against such a powerful body). The CIA even tap into the Senate’s email, in a sheer breach of the separation of powers.

A New York Times reporter offers to publish the report in its entirety, but Daniel prefers to stick to the natural route with an official publication instead. Eventually, the CIA and the US government agree to releasing the document, as long as names, dates and other classified information gets blackened out. A page about Pakistani detainee Khalid Sheikh Mohammed is almost entirely black, with no more than a dozen words visible. Public pressure gradually builds up and the full findings of the report are made public, in a rare moment of bipartisan cooperation between democratic Senator Feinstein and Republican Senator John McCain. The topic of impunity is also addressed: we are told that the officers involved in EIT have since been promoted, one of them becoming a prominent CIA director (ironically, his name is not revealed to us). 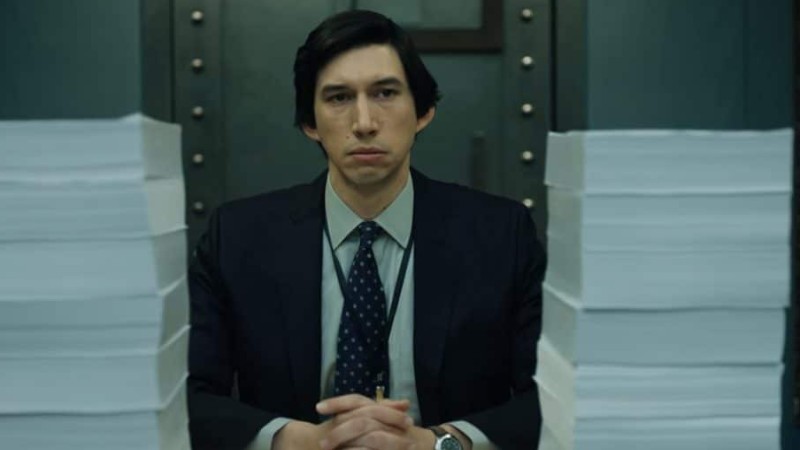 One of the problems with The Report is that it wraps up with a disconcerting note of patriotism, with pompous music in the background. It is claimed that the US are only country in the world that could produce and publish such report, the only nation capable of such profound self-criticism. If only! Burns forgets that the American establishment often persecutes those who dare to spill the beans on their very questionable practices, such as Edward Snowden, Julian Assange, Lauri Love and Aaron Swartz (who was driven to suicide at the age of just 27). The predicament of Lauri and Swartz is portrayed in Alex Winter’s Trust Machine: the Story of Blockchain (2018).

Cinematographically, this is a very conventional mixture of political thriller and courtroom drama. It feels soporifically long at 118 minutes. And I struggled to understand the nuts and bolts of the complex plot involving numerous real-life characters. The movie would have benefited from focus on a smaller number of events. Overall, The Report is still worth watching, with many disturbing and sobering revelations.

The Report is out in cinemas across the UK on Friday, November 15th.

Fired up, ready to go? Documentary about Obama's last year in office provides a fascinating peek into the lives of the then president and his associates, and reflects whether the message of "hope" can survive the current tenure; sadly the film also lacks a little balance - in cinemas [Read More...]