A film which owes a clear debt to Theorem (Pier Paolo Pasolini, 1968), director Ha Gil-Jong’s debut The Pollen Of Flowers has a lot of other things going on too. It’s believed to be the first Korean film to depict a gay character (actually a bisexual and the film features two) and watching it today as a Westerner, it also brought to mind films as different to Theorem (Pier Paolo Pasolini, 1968) as The Haunting (Robert Wise, 1963) and The Masque Of The Red Death (Roger Corman, 1964). In terms of Korean cinema, the films of Kim Ki-young are an obvious influence. There’s also an element of political allegory in there. All in all, quite a potent, mixed cocktail of tricks and influences.

Businessman Hyeon-ma (Nam Goong-won) lives at the Blue House with his mistress Se-ran (Yun So-ra) and her prepubescent sister Mi-ran (Choi Ji-hee). The Blue House is also the name of the home of known Korean heads of state, which adds a whole other layer of meaning to everything going on here. (Historically, South Korea was run by dictator Park Chung-hee between his ascension via military coup in 1961 through to his assassination in 1979. The Pollen Of Flowers was made bang in the middle of that period.) 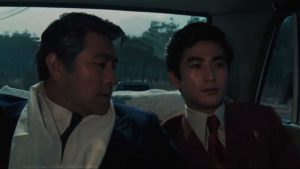 What sets the ball rolling is on the one hand that Hyeon-ma brings home his gay lover Dan-Ju (the director’s brother Ha Myung-joong) and on the other Mi-ran has her first period (some four years before Hollywood would broach the subject of menstruation in Carrie, Brian De Palma, 1976). Much like the protagonist of Theorem, the quietly spoken Dan-Ju proceeds to sleep his way around the other two members of the household. The unexpected ending, like the last line of a Biblical parable, has a mob of creditors turn up to between them seize all the household’s goods in order to pay for losses incurred by Hyeon-ma’s company. This chaotic ending for me echoed the orgy followed by the plague in The Masque Of The Red Death.

Weaving around all this plot is the maid Ok-Neyo (Yeo Woon-kai), spoken to severely to keep her in her place, who is given to such actions as putting live rats into a room through its window while the two people inside are having sex. She immediately brings to mind the social climber trying to steal the husband of the family for who she works in The Housemaid/Hanryo (Kim Ki-young, 1963). She also increases the tension when the household is already on edge by playing a classical drum instrument. This comes after Dan-ju has sat in the garden repeatedly and noisily bashing a small rock against hard ground. As well as this sound, there’s an unexplained, repeated banging that goes on which for me recalled the paranormal knocking noises in The Haunting. But since The Pollen Of Flowers, whatever it may be, isn’t a ghost story or a horror story, one wonders what this noise is supposed to be – forces about to erupt and overwhelm the status quo of the Blue House, perhaps? In places, there’s also an extraordinary psych-prog-jazz score. 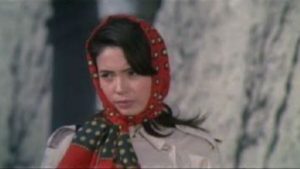 The LKFF is playing two more Ha Gil-Jong films in conjunction with the Barbican’s occasional Hidden Figures strand: The March Of Fools (1975) and his personal favourite The Ascension Of Han-ne (1977). (Not to mention a couple of Kim Ki-young films at the ICA.) Having now seen The Pollen Of Flowers, I honestly can’t wait. Movies really don’t come any more dirtylicious than this.

The Pollen of Flowers plays in LKFF, The London Korean Film Festival. Watch the festival trailer below: