Bringing Out the Dead

"Filthy genius movie"
Jack Ford remembers Martin Scorsese's overlooked gem about a paramedic collapsing under the strain of his job, for the occasion of its 20th anniversary

It seems that no director/writer duo, regardless of their track record, is immune to having work undeservedly slip through the cracks. In the case of Martin Scorsese and Paul Schrader, who had previously seen critical success with Raging Bull (1980) and The Last Temptation of Christ (1988), their forgotten gem is Bringing Out the Dead.

Based on a book of the same name by Joe Connelly and celebrating its 20th anniversary in 2019, Bringing Out the Dead can be seen as an update of Scorsese and Schrader’s seminal Taxi Driver (1976) – both are set in New York and take place largely at night, for example, where the lead character drives around the city, dismayed at the depravity he sees.

The biggest difference between the two antagonists is that while Taxi Driver’s Travis Bickle looked at all these people with contempt and a misguided sense of righteousness, Bringing Out the Dead’s Frank Pierce (Nicolas Cage) wants to help them – which is no surprise, really, given he’s a paramedic. The film follows Frank across three nights patrolling New York’s seedier streets in an ambulance, each time accompanied by a different partner (John Goodman, Ving Rhames and Tom Seizemore), treating those in need of assistance – much of them on the city’s underground in the middle of an epidemic of a new drug called the Red Death.

We get an insight into Frank’s mindset and an idea of what the many years on the job have done to his psyche. Everywhere he goes, his mind flashes back to the people he knows have died there, in particular one particular patient, a young woman who he could not resuscitate on the street. Seeing death in all corners of the city clearly have taken a toll on Frank. Another similarity is that they both find themselves drawn to a woman; for Travis it was Betsy and in Frank’s case it’s Mary Burke (Patricia Arquette), the daughter of a heart attack patient he treats. However, whereas Travis saw Betsy as being his salvation, Mary affords Frank something less needful but just as important – comfort and respite from the bleakness of his life. 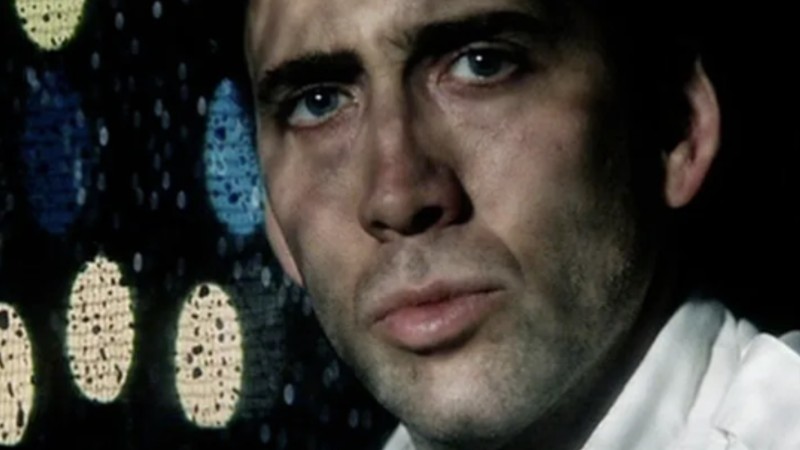 Though open to comparisons, Bringing Out the Dead is far more than just Taxi Driver revised. In might seem like a bit of a departure or diversion for Scorsese, but in many ways it’s a model of his entire body of work. Everything you would expect from a Scorsese film is all there – the New York backdrop, the conflicted man at a turning point in his life, characters who feel the system is against them. It’s a film that shows that he is unfazed as a filmmaker and willing to tackle any subject, and does so with his usual enthusiasm and energy.

Scorsese and Schrader don’t put Frank on a conventional journey to redemption or salvation, instead providing a snapshot look at his life. Also, Frank is not a Christ-like character acting on behalf of a higher power, he is far more realistic and relatable than that, and the absence of a more traditional narrative makes Bringing Out the Dead more intriguing and compelling.

Bringing Out the Dead is not all doom and gloom, though – on another level it works just as well as a dark comedy. Frank’s fellow medical professionals, so jaded by the job, indulge in plenty of inappropriate conversations throughout the film. Rhames has the best moment, gathering together members of a punk band to pray for the revival of one of their own, who goes by the name I.B. Bangin.

The film opened in October 1999 to favourable reviews, but was unable to find an audience and made a big loss at the box office. Maybe the faint praise didn’t do it any favours, maybe the masses found it indefinite. Another possible explanation is that David Fincher’s Fight Club was released the week before and was still taking cinemas by storm. Whatever happened, there’s no real reason why Bringing Out the Dead should not have done better, especially given its pedigree.

Even so, Bringing Out The Dead is not a film that falls back on its laurels or its own mythology, it is made with conviction and everyone involved – Scorsese, Schrader, Cage, cinematographer Robert Richardson, editor Thelma Schoonmaker to name a few – are firing on all cylinders. This is a worthy entry in the careers of all involved and definitely does not deserve to be forgotten.

This piece was written for the 20th anniversary of Bringing Out the Dead. The re-release has been scheduled, but the film is widely available on all major VoD platforms.

De Niro and Pesci are back in an epic countering on the reminiscence of vintage Scorsese and with an unexpectedly sombre vision of sin - now available on Netflix [Read More...]