"Dirty gem"
The 88-year-old former politician and last leader of the Soviet Union opens up his heart and shares his achievements, tragedies and pains with German director Werner Herzog - now available on VoD

Werner Herzog opens up his heart to the former Soviet leader: “I love you”. It’s not often that you get to see the kind and affable side of the enfant terrible of German cinema, more widely recognised for his raw and bleak tone. He goes on to explain that his love and gratitude are due to Gorbachev’s role in the reunification of Germany. Then his provocative streak surfaces: “You probably thought the first German you met wanted to kill you”, in reference to WW2 grudges. The avuncular Gorbachev, however, dismisses the claim: “The first German I met was my neighbour, and I have very fond memories of him”. Gorbachev speaks in his native Russian language. Herzog speaks in English. Perhaps the Teutonic tongue doesn’t bring good memories, despite Gorbachev’s insistence that the two nations have since become good friends.

Herzog’s interview with Gorbachev is friendly and relaxed, despite touching on some very difficult topics and open wounds. The conversations are interspersed with archive footage portraying the most significant moments of Gorbachev’s admirable career. Herzog’s admiration for the octogenarian is very real and palpable, making this an unusually and unabashedly romanticised film. This filmic portrayal of Gorbachev is treacly, doused in saccharine. (unlike the sugar-free and diabetic-friendly chocolate cake that Herzog gives him for his 87th birthday). 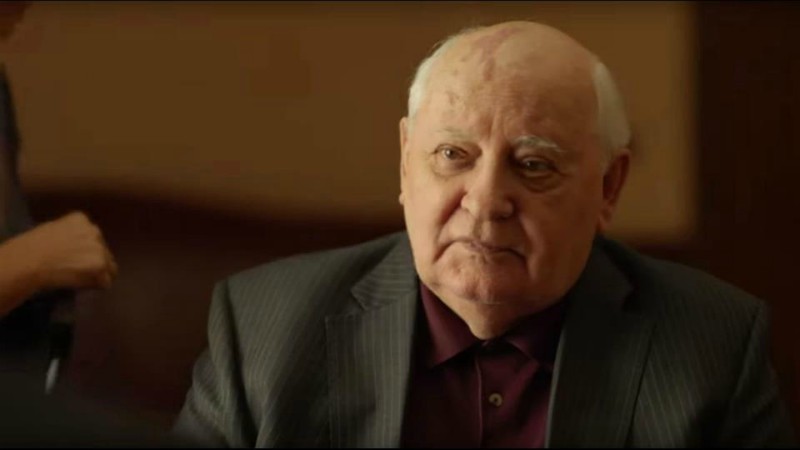 We learn that Gorbachev was a skilled politician in touch with the working class from a very young age. In the 1960s, he visited peasants in the countryside and helped to implement new shearing mechanisms. This was a far cry from Soviet leaders such as Stalin and Brezhnev, who never mingled with the people and instead preferred to keep a distance, concocting a stern and formidable image. There were other differences. Gorbachev was eloquent and magnanimous. Never before had a Soviet leader circulated so smoothly in West. He was the new face of communism: transparent, democratic and with a profound respect for state of law. He was friendly with both Reagan and Thatcher, who did not conceal their admiration for the Soviet leader.

Meeting Gorbachev is a history class about the Cold War, nuclear disarmament and the demise of the USSR. We watch Reagan and Gorbachev meet during the Reykjavík Summit of 1986, and witness the handshake that helped to rewrite world history and likely avert an eventual nuclear war. We also learn that onus of the destruction of Soviet Union (and the consequent unleashing of unfettered capitalism and neoliberalism) lies with Yeltsin rather than Gorbachev. Tanks and shock doctrine ensured that the communist era came to an end. Russia was electroshocked into a new order. 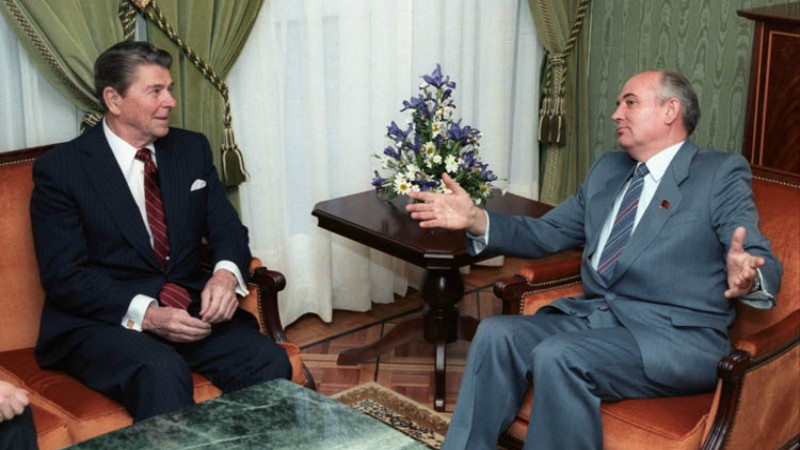 There were two very painful deaths in the life of Gorbachev: the USSR in 1991 and his lifelong partner Raisa in 1999. He nearly breaks down when asked about them. His face is contorted with pain, a tear about to fall. But he holds himself together in silence. He dreamt of a united USSR and Europe, but sadly such marriage never came to fruition.

Overall, this is an auspicious and effective documentary about a fascinating human being. But as with any highly romanticised movie, it has a few flaws. Meeting Gorbachev quickly mentions in passing that many Russians perceive Gorbachev as a traitor, but it fails to analyse this in more detail. It almost entirely ignores that the fact Gorbachev does not enjoy as much popularity in his home country as he does abroad. It also fails to question: was Gorbachev naive in trusting Reagan and Thatcher? And what about Pope John Paul II, who is often credited with playing a pivotal role in the demise of the USSR? The pontiff is strangely absent from the movie.

Meeting Gorbachev premiered at the Cambridge Film Festival, which took place between October 17th and 24th. It is out in cinemas across the UK on Friday, November 8th. On VoD on Monday, December 2nd.