A mood-driven piece about the morality of capital punishment, Clemency depicts the pernicious effect this macabre, bureaucratic practice has on those who implement it. Particular attention is paid to Bernadine Williams (Alfre Woodard), a death row warden who is prostrate with all manner of grief.

The film opens with Bernadine overseeing her latest execution – a lethal injection – as it goes horribly awry. We see the veneer of protocol and civility fall desperately apart as the prison doctor fails to find a vein in the inmate’s writhing body. Eventually, he manages to pierce his femoral artery, into which he pumps the three following chemicals – midazolam, to sedate; vecuronium bromide, to paralyse; and potassium chloride, to stop the heart. It is a genuinely visceral sequence that brings to attention the 75 botched lethal injections that have occurred since 1982, when the method was first implemented in the state of Texas.

However, the power of the opening belies Clemency‘s overall glacial pace – it is, to be frank, a portentous slog of a film. Of course, this is a subject that requires tact and solemnity, but Clemency has all the tiresome earmarks of a ‘serious’ indie – the staring, the drawn-out takes, the sparse dialogue. That’s not to say the film’s performances aren’t impressive – they are. As Bernadine, Alfre Woodard makes the best of the laconic script, imbuing her every fibre with barren anguish. Aldis Hodge brings a similar pain to his character Anthony Woods, who is scheduled to be Bernandine’s next execution. Both actors know how to command a static camera but their dramatic range is stunted by the coldness of Chukwu’s script and direction – they may be impressive, but they’re not involving. 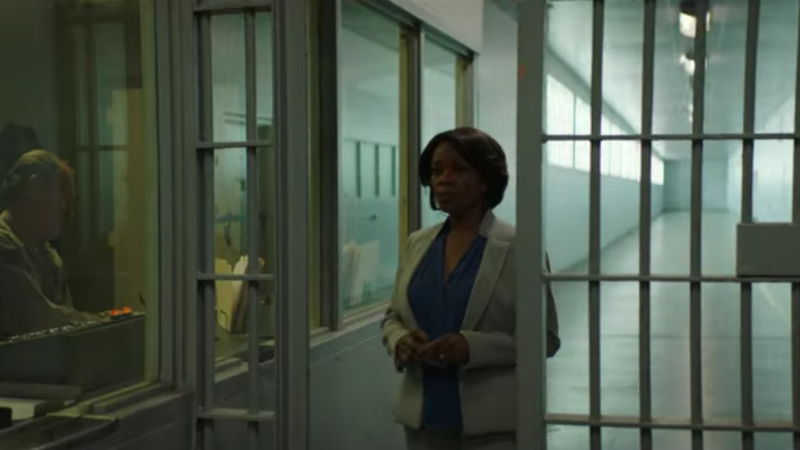 The film is so lifeless, so torpid, that it feels like it’s taken a shot of midazolam with a dash of vecuronium bromide. But this is doubtlessly intentional, for Chinonye Chukwu’s film is very much a mood-piece that’s personified by Bernadine’s dejected malaise. She is, as her husband Jonathan (a charismatic Wendell Pierce) puts it, an empty shell. This mood and characterisation is all rather one-note, though. We can only be exposed to her lugubrious expression for so long, and the protracted sequence of her snotty nose towards the film’s end – in full 4K – is just beyond the pale.

All of this speaks to the myopia of Chukwu’s canvas and the brevity of her dialogue; she should have looked beyond Bernadine Williams and the procedure of capital punishment. Take the example of Dead Man Walking (Tim Robbins, 1995). It offers a more dynamic account of capital punishment for it considers perpetrators, victims and the state. The characters’ emotional range goes beyond glumness and apathy, too.

Clemency premiered at the BFI London Film Festival in October, when this piece was originally written. It’s out on VoD on Friday, July 17th.

Till death do us part? Daughter of a man on death row falls in love with a female campaigning for the death penalty, in British-American romance starring Kate Mara and Ellen Page at the top of their game - on VoD on Monday, August 5th [Read More...]