"Dirty gem"
The vaquita are being driven to extinction by vast amounts of gillnetting placed by totoaba traffickers near Mexico. Now a group of people have come to their rescue - now available on VoD

Environmentalists, scientists journalists and even the Mexican Navy have joined forces in order to save the world smallest whale, the vaquita, from almost certain extinction in the hands of unscrupulous fishers seeking a produce commonly referred to as the “cocaine of the sea”. A totoaba’s bladder is estimated as high as $100,000 on the black market, with the cascaded nets capturing the depleted levels of sea life for profit. These criminals must be brought justice.

It’s refreshing to watch a film that takes the environmental safety of the planet to heart. Edited and shot with feverish style, the film floats with tenable ease, soaking and swimming the dangers without punishing its viewers with soapbox politics. Shot over a silhouetted reflection, the camera pays tribute to the film’s environmental subject.

There is a dichotomy to the proceedings. Pirates are decimating the wildlife, yet a government ban on fishing in an area reliant on fish for survival could be detrimental to the local communities. The movie understands this paradox. Bathetically, it blends mechanical, man-made machinery with nautical, natural sea pictures. 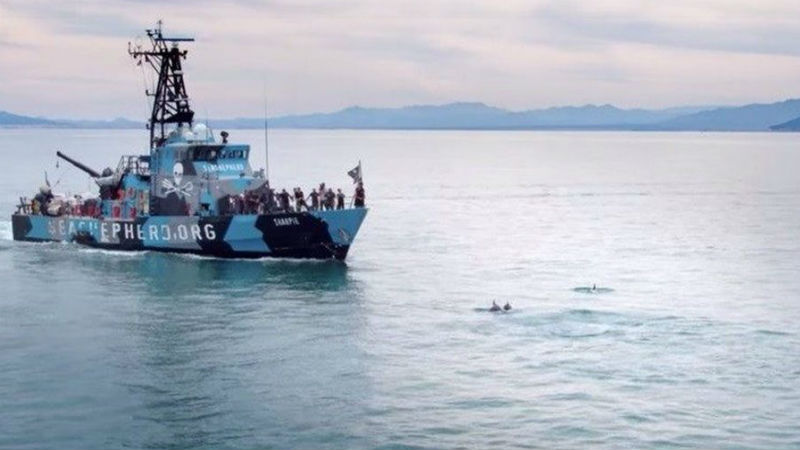 The cameras linger with delightful poetry, ploughing from the opaque boats that have gifted generations of fisher people their livelihoods and the cascaded torrents of navy seals pummelling into action in order to serve the dying whales from butchery. One long continuous promenade over the Mexican desert drives with balletic beauty, while the neon-lit boats shimmer with exquisite colourisation. The film visually conveys the horror, the beauty and the chaos that circle the Mexican country. There is a gorgeous palette at play, with delectable use of visual flair, making this documentary cinematic in scope. The depth of the production budget is flashed with the carousel of helicopter overhead shots, which float over the yellow land and luminous sea.

Interviews, however, are not as impressive as the film’s visuals. Inhabitants speak with uninteresting precision, detailing one of the more shocking accounts of whale hunting with bored disinterest. In a way, that’s both patronising and insulting. Fewer talking heads would have been nicer. None would have be even better!

Sea of Shadows is out in cinemas across the UK on Friday, September 27th. On VoD in April.

The movie Trump and May DON'T want you to watch: follow-up documentary sees Al Gore travel the globe to explore the latest developments on climate change, and the message is terrifying - in cinemas [Read More...]