"Greasy movie"
Veteran filmmaker Taghi Amirani investigates British involvement in the 1953 Iranian coup d'etat - in virtual cinemas across the UK, Ireland, the US and Canada from Friday, August 21st

I learnt of the 1953 Iranian coup d’etat during research for my masters dissertation, which considered British media coverage of the Suez Crisis. I viewed the Anglo-American staged coup, which came as a result of Prime Minister Mosaddegh’s nationalisation of Iran’s oil industry, as a precursor to President Nasser’s nationalisation of the Suez Canal 3 years later. However, the Iranian coup had far greater consequences. The toppling of the democratically-elected PM sowed lasting resentment not only in Iran but the wider Middle East. To understand the current state of Iran-US relations, one has to understand the Iranian coup of 1953.

Coup 53 certainly wants us to understand, but not in the BBC style of traditional, top-down history. Rather, filmmaker Taghi Amirani puts himself front and centre in the documentary’s opening half hour, inviting us into his personal 10-year journey of archives and interviews across the world. During this he brims with information and passion, yet there is a growing sense of self-indulgence – is this just an esoteric passion project, or is Amirani really going to contribute to the history of the coup? It is only when he begins to pursue the details of the UK’s involvement in Mosaddegh’s downfall that Coup 53 gains some traction. After all, only the US has begun declassifying relevant CIA documents – the UK remains officially cagey. 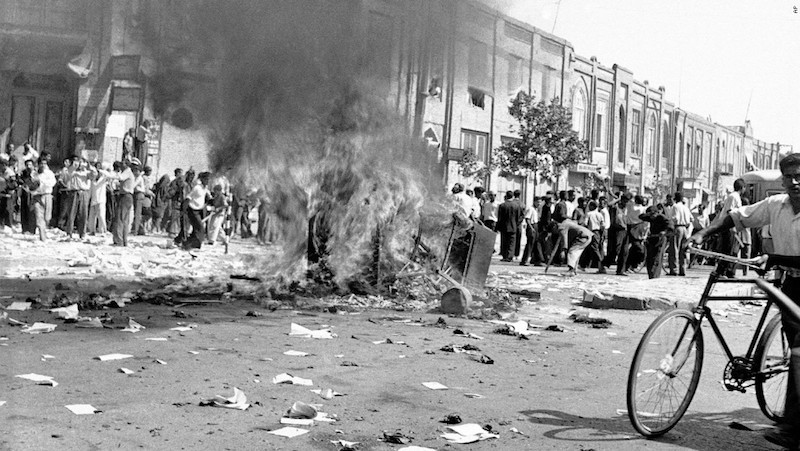 Amirani’s most pointed investigation centres around British operative Matthew Darbyshire, a mysterious quasi-Bond figure whose presence has been banished from tapes and snipped from archival transcripts. There is a moment of genuine curiosity and excitement when Amirani unearths a full transcript of Darbyshire’s account of the coup, but what is he to do with it? His solution couldn’t be better – ask Ralph Fiennes to play him. The passages with Fiennes, who delivers the transcript with a caddish charisma, gives Coup 53 a much needed theatrical and narrative boost, giving the project a greater sense of not only purpose but also intrigue and entertainment.

Ultimately, however, its most insightful moments come in the final stretch of summaries from the many distinguished talking heads. They pose one of the more probing questions of counterfactual history – what would Iran, a regional power of over 80 million inhabitants, look like today if secular democracy had been allowed to continue? Alas, we can only speculate.

Coup 53 premiered at the BFI London Film Festival in 2019, when this piece was originally written. It’s out in virtual cinemas across the UK, Ireland, the US and Canada from Friday, August 21st.

Gertrude Bell is often overlooked as an ardent champion of Iraq independence in the early 20th century, and her criticism of British meddling in the Middle East remains astonishingly accurate; doc made by two women and voiced by Tilda Swinton rescues her legacy - now available for digital streaming [Read More...]