"Dirty gem"
Haitian teen has to juggle her "zombi" heritage with her new-found friends in an elite boarding school somewhere in France, in this hybrid of horror and political drama - now available on Mubi

Melissa (Wislanda Louimat) left Haiti at the age of just seven, after losing both of her parents in the devastating 2010 earthquake. She was brought up by her doting and “cool” aunt (Katiana Milfort), who also happens to be a mambo (a type of voodoo sorcerer). Melissa gets accepted into a highly prestigious girls’ school founded by Napoleon because her late mother was in the Legion Honour thanks to her resistance of the Duvalier regime. She befriends four white girls.

At first, the young women are hesitant to welcome Melissa into their clique, an unofficial literary sorority. They challenge the Haitian teen to tell them something peculiar and unique about herself in order to join their close-knit group. She is only entitled to one go, and if the girls are left unimpressed they will simply shun her. That’s when Melissa begins to open up about her family secrets and the voodoo traditions of her native Haiti. One of girls remains a little sceptical, while the more open-minded Fanny (Louise Labèque) becomes almost immediately enthralled by the fantastical stories. 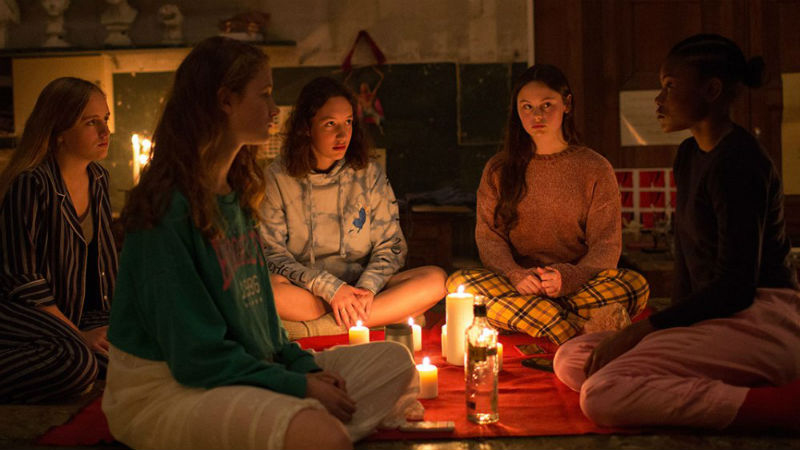 Melissa’s grandfather Clairvius Narcisse (Mackenson Bijou) “half-died” in 1962. Greedy farmers brought him back to life by using a white powder in order to have him work as a slave in their plantations. Clairvius was in a “zombi” state, unable to talk and to interact with others. Until one day he ate salt and broke the evil spell, returning to full life (in non-zombi condition). He reclaimed his family and led a normal existence until he died “again” in 1994 (this time for good). The story of Clairvius is told in non-chronological fragments dispersed throughout the film. Clairvius was a real person, and his zombi saga had been previously fictionalised in Wes Craven’s The Serpent and the Rainbow (1988).

Fifty-one-year-old French helmer Bertrand Bonello is no stranger to fiery political and social statements, with the controversial Nocturama (about disillusioned youths and terrorism; 2016) and The Pornographer (about a filmmaker who found artistic liberation in erotic movies, 2001) already under his belt. This time he opted to contrast the vivid and fiery religious traditions of Haiti against the rigid and stern literary tradition of his home country. Numerous French writers are mentioned in the boarding school, and the girls are very studious themselves. Their highly regimented existence in an self-contained institution couldn’t be more different to unfettered life of Haitians. Bonello is very respectful of both European literature and Haitian voodoo. 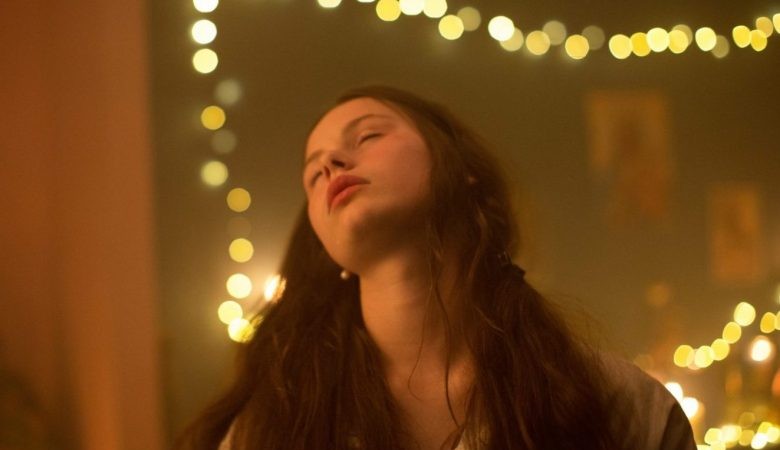 Bonello and his DOP Yves Cape excel in visual wizardry. The voodoo rituals are hypnotic and extravagant, bursting with colour and energy. Melissa, however, isn’t the real star of the film. She serves mostly as a narrator, while her grandfather and aunt embody (quite literally) the exotic traditions. Both Milfort and Bijou are nothing short of extraordinary. Labeque (who plays curious Fanny) also has a little suprise in store.

Zombi Child, however, is not a film without flaws. The story takes a little to long to build momentum, and the first half of this 117-minute movie isn’t as riveting as the second one. The ending is visually spectacular, but also a little clumsy, with too many narrative device suddenly becoming tangled up. Still, very much worth sticking until the very last minute.

A punch in the stomach: this film is as unexpected and powerful as the attacks it portrays - read our review of this sobering reflection on terrorism and the shortcomings of social integration in France - right now at the Official Selection of the San Sebastian Film Festival [Read More...]