"Greasy movie"
Life must go on for a young woman after her teen daughter goes missing, in this dirty kitchen sink drama starring Sienna Miller - on VoD in April

Poverty, adultery, domestic violence, child abduction – in Deb’s world, almost everything bad that can happen, happens. In fact, American Woman risks being miserable to a fault on several occasions, yet the nuance of the performances and Brad Ingelsby’s script largely eschews this risk – the film pulls back when others would descend into soap opera.

However, Ingelsby does hurl an awful lot at Deb (Sienna Miller), so much so that the disappearance of her daughter – ostensibly the core element of the story – becomes almost incidental for much of American Woman’s 111 minutes. Some critics have said this causes tonal imbalances, yet the sidelining of Bridget’s disappearance reflects the terrible reality of so many missing person cases – a loved one vanishes without a trace and all the family can do is bury the grinding misery so they can get on with their lives, in a small blue-collar town somewhere in Pennsylvania. 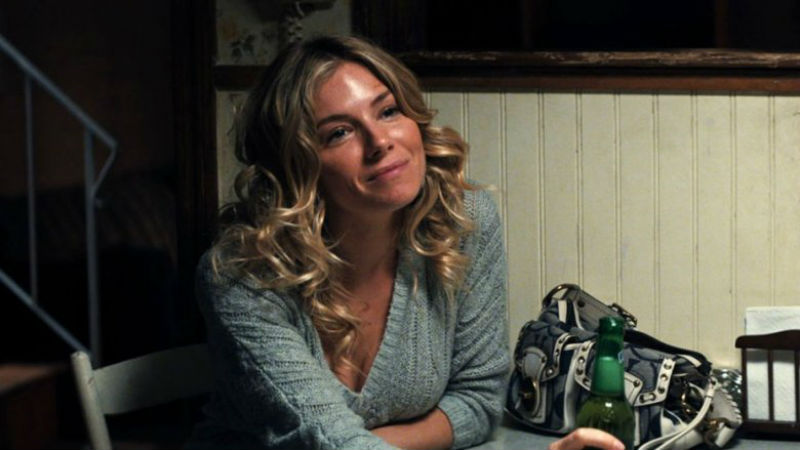 Despite this noirish bent in both its premise and aesthetic, this is not some trite, gloomy murder mystery. Rather, American Woman is best described as a kitchen sink drama, and like the best examples of the genre, its bleak existentialism resonates across class and creed. You consider the purpose of your own life as Deb and her neighbours Katherine (Christina Hendricks) and Terry (Will Sasso) seemingly meander through theirs. The characters’ dynamic and story reminds you of the terrible pain of life as well as the relentless drudgery required to maintain it – work, shelter and sustenance.

This is what makes American Woman a dirty movie – the way in which confronts the viewer with the hardships and banalities of life. It does this through a deft realism created by both cast and crew, but the bulk of the praise rests with the performers, who refrain from indulging maudlin, scene-hogging theatrics in favour of subtle, almost homely performances. Admittedly, the film star looks of Sienna Miller and Christina Hendricks can distract from this milieu – which is given a stark aesthetic by cinematographer John Mathieson – but American Woman remains a sturdy, engrossing depiction of blue collar, Rust Belt America.

American Woman is in cinemas on Friday, October 11th. On VoD in April.

Until We Fall (Til vi Falder)

Danish drama set in Spain about couple seeking their missing child descends into a bizarre tale of despondency and recklessness - from the Tallinn Black Nights Film Festival [Read More...]