"Greasy movie"
Mother finds strength in her baby daughter in order to resist the oppressive Assad regime, in this punch-in-the-stomach war documentary - watch it now on VoD

Waad Al-Kateab is a young female journalist in East Aleppo. She captures the war with our own camera during the course of five years, as the city grapples with the devastating war combined with the sheer neglect from the outside world. Just as the situation begins to deteriorate, she marries a local doctor called Hamza and gives birth to the titular Sama. But instead of fleeing her hometown and country for the security of her own family, Waad decides to stay and fight. Her weapon is her camera. She has to contend with the rebels attempting to seize East Aleppo by hook and by crook. She claims that her resolve comes from her young daughter.

This is a documentary successful at portraying the horrors of war, extreme human resilience and boundless altruism. Eight out of nine hospitals of East Aleppo have been destroyed. The only surviving institution has moved into an unidentified building in order to avoid shelling. This is where the non-salubrious environment where the doting Hamza works round the clock, with virtually no medication and medical equipment to hand. Dying patients are brought in daily, and a copious amount of blood can be seen on the floor. There are corpses, living bodies riddled with bullets, severed limbs and gaping wounds everywhere. Makes Coppola’s Apocalypse Now (1979) look like Mary Poppins (Robert Stevenson, 1964). 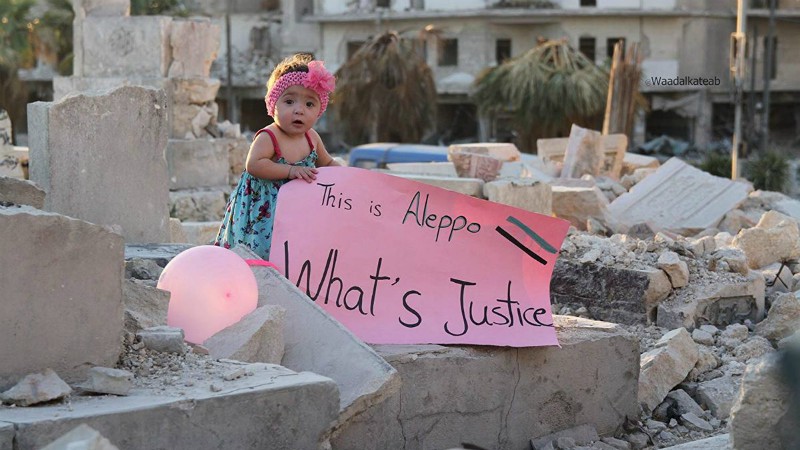 Yet For Sama does not feel exploitative. Waad – who never even knew whether she would survive the war – wished to compile a register of the horrors of the Syrian War for a mostly complacent world. In one of the film’s most harrowing and portent moments, a mother with her dying son on her arms begs to be filmed (presumably because she too wants the world to feel her pain, and grasp the gravity of the conflict). Harrowing images that will linger with a you for a long time. This is a film that you won’t easily forget. It’s painful to watch. It feels like a punch in the stomach.

Yet this is not a perfect movue. Firstly, it lacks contextualisation. We learn virtually nothing about the historical and political conjecture of the Battle of Allepo, which took place between 2012 and 2016. The military confrontation pitted the Syrian opposition (the Free Syrian Army and other Sunni groups such as the Levant Front) against the Assad Regime, (supported by Hezbollah and Russia). We know that Waad has little sympathy for the Assad family, who has ruled the country since Waad’s grandfather “was just 10 years old”, but otherwise we have no understanding about her allegiances, and the nuts and bolts of the conflict. Also, the movie is a chronologically incoherent, confusingly zigzagging back and forth in time. 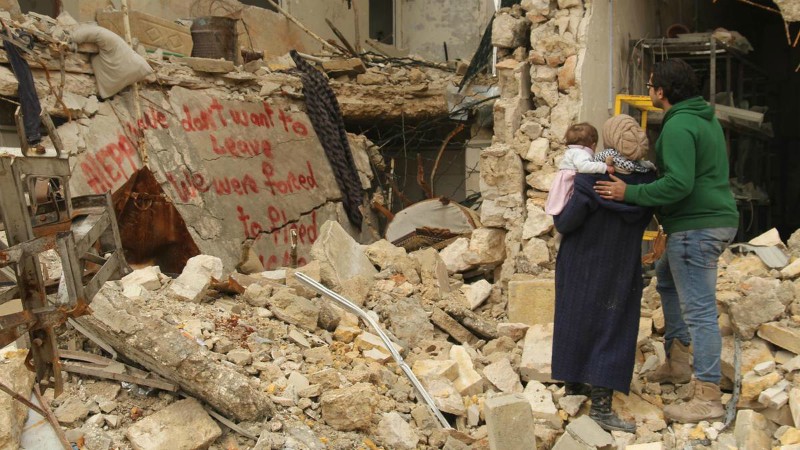 At one point, Waad Waad raises a very important moral question: was it worth going back to Syria at the height of the conflict, after the family left to Turkey in order to visit a sick relative? She understands that her decision to return was extremely dangerous and questionable. Some will see it as brave, others will see it as selfish and foolish. She explains at the end of the movie that she did it in the name of “a greater purpose”. But I’m not entirely sure what that purpose was. Was it democracy? Helping the wounded? Making an investigative documentary? Vouching for her child’s right to grow where she was born? Waad motives are a little oblique, as is the film’s final message. Still, highly recommendable for its rawness and bravery.

For Sama won the Prix L‘Œil d’Or for best documentary at this year’s Cannes Film. It is in cinemas across the UK on Friday, September 13th. Watch it on Channel 4 on demand for free.