The dictatorship that ruled Argentina from 1976 to 1983 resulted in the struggle of the working class from the protection of occidental values, a shady government, and capital gain. A war backed by US right wing reformers serves as the backdrop of Benjamin Naishtat’s latest film, an episodically muted tale of a counsellor, his family, and a methodical detective.

Rojo opens with an extensive master shot of a house being looted; the following scene sets in a restaurant where an altercation between the counsellor, Claudio (played by a phlegmatic Dario Grandinetti) and a mysterious man (Diego Cremonesi) transpires over a table. The mysterious man feels entitled to having the table first because he knows what he wants, as Claudio sits quietly, glaring at the menu indecisively. To refrain from the issue, Claudio surrenders his seat and verbally attacks the mysterious man, provoking a catastrophic series of events testing what slight moral compass the counsellor bares. 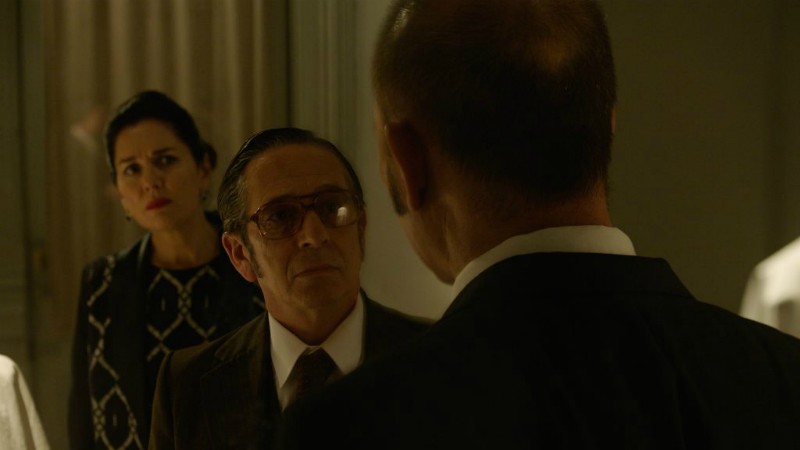 Both opening scenes seem unrelated till three months have passed and Claudio becomes involved in a dubious deal for his friend that ensures he’s purchased that exact house. At the centre of this exchange, a detective named Sinclair (Alfredo Castro) flies from Buenos Aires to investigate the disappearance of a client’s brother. Of course, both subplots engulf Claudio, whose involvement with the mysterious man from earlier in the film, becomes more and less clearer regarding the lawyer’s past.

The film makes no attempt at unveiling the Claudio’s past, nor does Naishtat evolve his character in any degree that may seem redeemable. In contrary, most of what is built up to be a tenable fallout is hurriedly concluded. Claudio seems to never change, but reflect at the absurdity of his fortune. His wife, Susana (Andrea Frigerio) and daughter, Paula (Laura Grandinetti) never seem to be fazed by his egocentric nature. The relations surrounding Claudio are realised but never threatened. Rather, the film quietly explores Claudio’s questionable ambition, which more or less, remains vaguely the same.

Naishtat is less concerned in a structural plot and a climax that rewards its viewers with an overall compass. He’s more concerned in creating a hopeful time when even the most muted of venal bureaucrats could learn from the injustices reigned upon the working class. It is neither a pleasant nor conventional framing of what an audience would hope for after enduring the leisured set backs Claudio faces, but it is to the film’s credible power that this, for obvious reasons, mirrors the political agenda of the modern day. 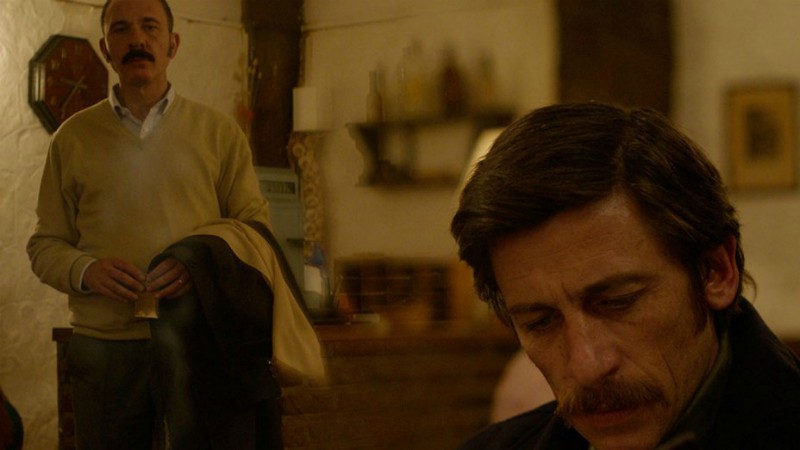 There is even a moment stemming away from the main storyline to deliberately emit a metaphor of imperialism that centres an oiling enterprise and American cowboys trading their own prized antiques as a form of valued treasures once a business deal has been concluded. Then there’s Paula’s boyfriend, Santiago (Rafael Federman), whose insecurities and sexual drive lead to an act that distinguishes a parallel between the drama reflecting Claudio, and the casualties of the repression.

Rojo is Naishtat’s statement on how (in a timeless sense) we’ve accepted fascism and its entrenching influences on a society that inevitably becomes desensitised to the violence and hubris that it benefits from. Visually, this film is both mesmerising and disappointing to look at. For one, many of the establishing long shots (such as the film’s opening shot) mirror Michael Haneke’s “Caché”, and the use of infringing red over an eclipse symbolizes a terror that is opened to many interpretations of its exact meaning. The camera simply lingers, and there’s a good amount of use of the split diopter technique intensifying every exchange Claudio has (used rather remarkably in the opening restaurant scene). And yet, the visuals cannot be fully appreciated because its digital format lessens the radiance that would’ve been fully magnified if shot on film. It sets in 1975, and as period pieces go — film quintessentially enchants such atmospheres that evoke a time.

Rojo is a patient, at times quietly cruel film, and it navigates as a mosaic of a changing society that ultimately stays true to its characters no matter how bleak and unappealing they may model. Indeed a change is coming, and for Claudio, it is not what he’ll do that matters, but what he can live with.

Benjamin Naishtat’s latest film is out in cinemas across the UK on Friday, September 6th (2019). on Mubi on Tuesday, January 10th (2023). Also available on other platforms.