Prolific French director Olivier Assayas follows up the recent success of Personal Shopper with the work entitled in English Non-Fiction, and in French, Doubles Vies (“Double Lives”, in free translation); both titles provide complementary clues to the content. This film is in complete contrast to the earlier film which was a mysterious, intriguing and often ghostly exploration of how grief at the death of a twin brother affects the surviving twin sister.

In Non-Fiction, the subject matter deals with the present and the story unfolds in order to to reveal the complexity of the long-standing friendships and relationships of a group of friends who live in the centre of Paris. The foursome at the centre of the film have known each other for years and are part of a wider circle of friends who meet to enjoy each other’s company, eat, drink and converse. 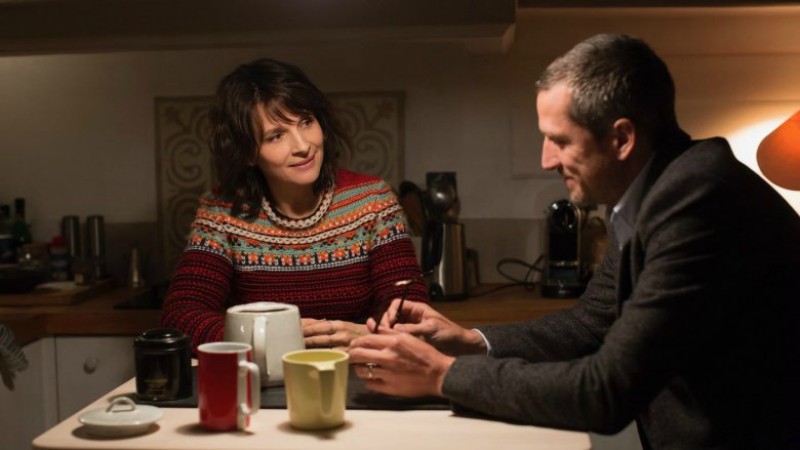 Those familiar with the French language will undoubtedly get more from the long, discursive debates about the future of the printed as against the digital world, while those with a familiarity of film will enjoy the references to Bergman and Haneke. The cultural background extends to a literary reference to Giuseppe Tomasi di Lampedusa’s novel The Leopard. While some may find it too wordy, there is humour, wit and even mockery in the exchanges. Serena’s (Juliette Binoche) defence of the role she plays in a popular TV crime series, explaining more than once she is not “a cop” but a “crisis management operative”, is particularly interesting.

At the core of the narrative is the involved relationship, professional and personal, between publisher, Alain, (Guillaume Canet) and Leonard (Vincent Macaigne). This is tested when Alain rejects Leonard’s latest book. It is an acknowledged fact that the material for Leonard’s books are his most recent affairs, often with women in the public eye. The film follows the issues that this creates with the full understanding of another dimension only emerging towards the end. 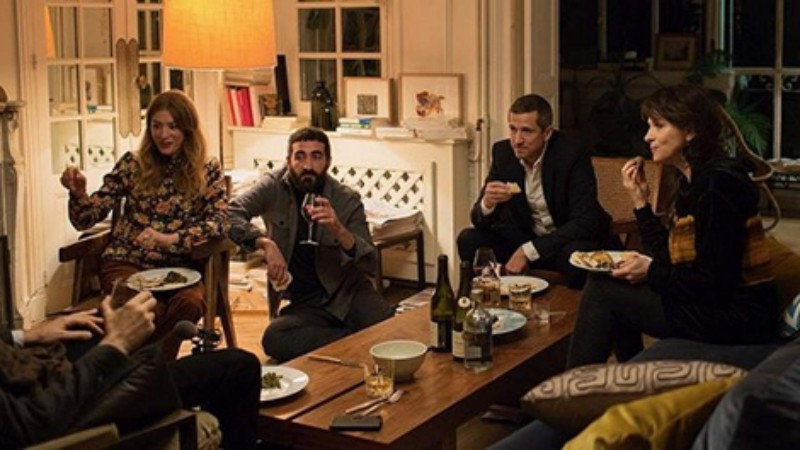 The mise-en-scene which draws the viewer into the atmosphere of life in Paris is thoroughly enjoyable. At the same time, Assayas highlights to the limitations of this sophistication. Most of the group are so Paris-centred, that they have no idea of the geography of France. Leonard’s partner, Valerie ( Nora Hamzawi) an advisor to a left wing politician, is the only one with knowledge and engagement with the industrial world outside Paris.

While the characters involvement with each other is complex, there is great warmth in the way they relate to each other. The acting subtly gives depth to the characters. The cinematography by Yorick Le Saux supports Assayas’s clever dialogue which is thoroughly engaging and credible. A film which deals with the cultural issues of our time through the eyes of a director steeped in French culture. Highly recommended.

Non-Fiction is out in cinemas across the UK on Friday, October 18th, with previews across the country on Saturday, September 7th. On VoD in April. On Mubi in August

Our dirty questions to Olivier Assayas

The director of the unusual blend of horror and fashion Personal Shopper and the classic lesbian romance Clouds of Sils Maria talks to the DMovies about his latest movie, which is out this weekend. [Read More...]

This very unusual French ghost movie is a kaleidoscope of genres, references and nationalities, hardly comparable to anything you've seen before [Read More...]