"Dirty gem"
The devil has never been this adorable before, in this documentary about a group of American progressives who appropriated the Antichrist for the libertarian crusade - in cinemas and VoD

Political activism has never been this dirty and fun before! A small and yet very vocal and active group of political activists founded an entity called the Satanic Temple. They dress up in black and use a copious amount of iconography, as you would expect from a good evil-worshipper. Yet there is no religious connotation to their endeavour. They have simply found a very peculiar and effective way to make themselves visible and their progressive statements heard. 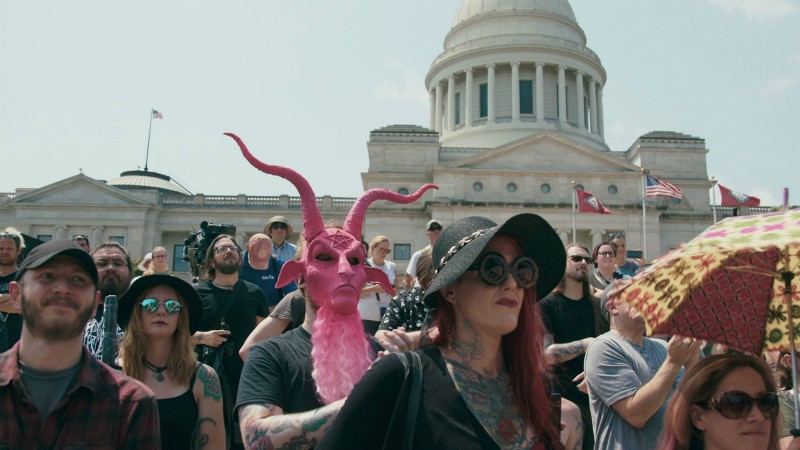 Their creepy-looking leader Lucien Greaves (who is seemingly blind in one eye, although it’s not entirely clear whether that’s just a clever ruse), explains that the “satanism” is an entirely random choice. They are not eagerly waiting for the arrival of some Antichrist. Instead, they stand against “arbitrary authoritarianism” and demand a separation between church and state, and they find very provocative ways of drawing attention to themselves. During the film climax, they request that a Ten Commandments monument is removed from a government building in Arkansas, and upon failing that, they proceed to install a statue of the demonic Baphomet facing the holy scripture. To the sound of Marylin Manson’s I Put a Spell on You!

Hail Satan is a register of a little-known subculture teeming with vivid and extravagant characters, who are seeking a cathartic outlet from their mediocre existence. They are male and female, of various ages, and come from many parts of the US. What they have in common is that they are seeking more personal freedoms. This is expressed in a variety of ways, ranging from a passionate pro-choice enunciation to a very naughty and demonic dance, where male nudity is prominently featured (thereby challenging old-fashioned sexist orthodoxies). They are also anti-aesthetic, refusing body fascism and mainstream beauty stereotypes (which might explain Lucien’s eye) 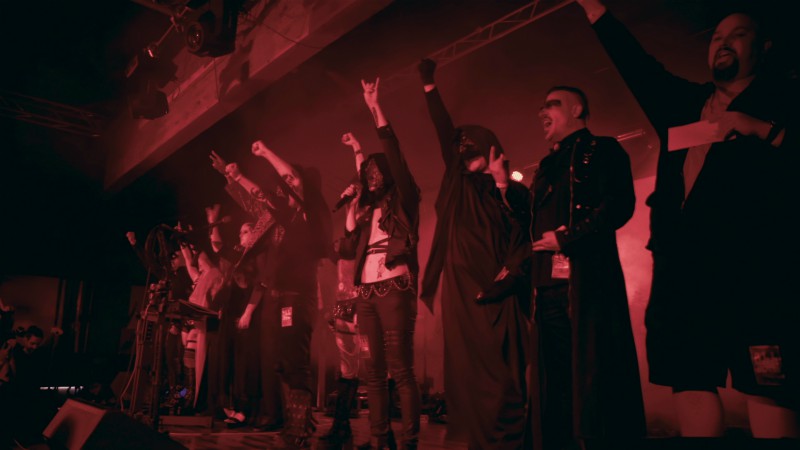 They have devised the Seven Fundamental Tenets, which include “One should strive to act with compassion and empathy toward all creatures in accordance with reason and “One’s body is inviolable, subject to one’s own will alone”). Their principles are far more morally liberating than the Ten Commandments. They are also fiercely anti-violence (a member is promptly expelled after advocating) and very socially active (cleaning streets, educating children, etc).

All in all, Hail Satan is a devilishly fun documentary to watch. Ironically, it’s also a feel-good movie. It’s not anti-Christian. Instead, it challenges the autocracy of government of religion. Simply dirtylicious. Go see it!

Hail Satan is in cinemas on Friday, August 23rd, and then on VoD the following Monday,

Self-proclaimed nuns challenge the American federal establishment and old prejudices by setting up a marijuana business for medicinal purposes - in cinemas and digital HD on Friday, April 26th [Read More...]