"Greasy movie"
Both a celebration and lament for The City by the Bay, this film is also a deeply felt inquisition into the meaning of home - now available on VoD

The tides of gentrification cannot be quelled in The Last Black Man in San Francisco, a deeply felt exploration of the African-American experience in the USA. Mixing melancholy with naivety, beauty with desolation, this is a resounding and exciting debut from director Joe Talbot.

It stars Jimme Fails playing a fictionalised version of himself. As the last name tragically suggests, he isn’t doing so well. He has a job as a carer in an old person’s home, but still cannot afford a place of his own, so sleeps in the same room as his good friend Montgomery Allen (Jonathan Majors). He has his eye on somewhere to move in though, an old Victorian-looking house on Fillmore Street.

It used to be a predominantly Japanese area, until the WW2 internment camps left them empty. African-Americans then moved in (including Jimmy’s grandfather, who we are told built the house himself) leading the area to be dubbed “the Harlem of The West.” But Jimmie’s family split up, and for one reason or another, they lost the building completely. When the white couple who now occupy the house break up, Jimmie has a window of opportunity to restore to its former glory.

Gentrification pervades the entire movie. Black folk feel that the city no longer works for them. Although there are many obvious signifiers, such as a “party tram”, segway tours and annoying white girls, the effects of the tech boom are mostly absent. The fact it isn’t really tackled head on only strengthens the film, as it shows just how shut off locals have become from the city’s vast growth in wealth. Nonetheless, this isn’t a dictatic piece, a late in the game revelation turning simple political theses on their head. Instead, Talbot and Rob Richert, working from Fails’ story idea, zoom in on Jimmie himself (both literally and thematically), allowing the piece to grow in both complexity and universality. 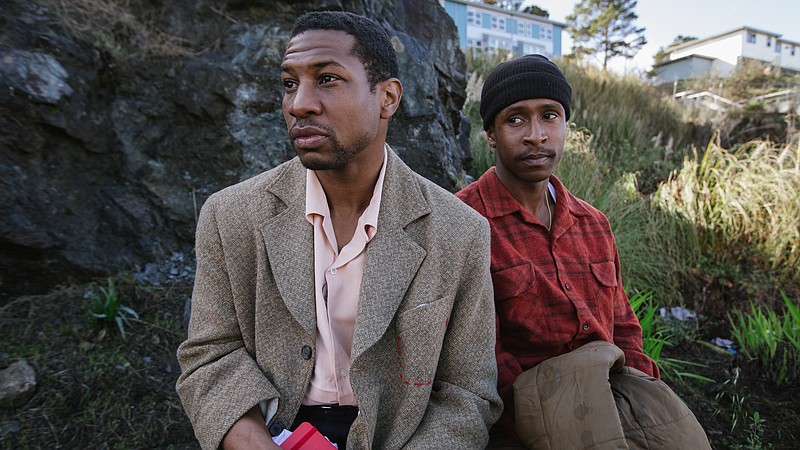 After all, having your own place to live is a simple human right, currently unavailable to the vast majority of people in the Bay Area. This is an issue across the entire States, where there isn’t a single county where a minimum wage job can pay the rent for a two-bedroom apartment. Additionally, in cities as diverse as London, Berlin and Paris, rich white people move in, and non-white communities find their way of culture completely priced out. What’s remarkable about the film is that the director himself is white, yet, finds no need to insert a white perspective into the film. It’s rare to see so much humility in telling other people’s stories.

The Last Black Man in San Francisco is a quintessential debut film: deeply felt, ambitious and full of life, but also messy, structurally flawed and lacking spatial awareness. Talbot and Fails have put their heart and soul into this piece, always looking for the emotion in every scene, lusciously complemented by a clarinet and string-heavy soundtrack; at times it feels overdone and uneccessary, and interrupts the flow of the screenplay, yet at other times they hit on something truly vital. They have put absolutely everything into the film and it really shows.

It makes sense that A24 acquired and distributed this film, containing many of their trademarks: skateboarding, an obsession with faces, and neat musical moments that can easily be shared via Twitter. Yet The Last Black Man In San Francisco is not simply form for its own sake; ambitious camerawork and musical moments bringing the city to life, doubling up as a documentary of faces and places, culture and customs, a testament to a city on the precipice of irreversible change.

The Last Black Man In San Francisco premiered at the Locarno Film Festival, when this review was originally written. It’s out in UK cinemas on Friday, October 25th. On VoD in April!