Sean Penn’s Into The Wild (2007) gets an arthouse update in Wilcox, a tale of isolation in the great Canadian wilderness. The second film from Quebec auteur Denis Côté this year after Ghost Town Anthology, it’s a quiet, modest effort that doubles down on his increasingly minimalist approach.

Looking like a runaway member of the army in his khaki clothes, huge backpack and high boots, Wilcox (Guillaume Tremblay) trudges around the countryside, living in the moment and connecting with nature. Breaking into either abandoned or at least unfurnished homes, stealing from the supermarket or relying on the kindness of strangers, Wilcox is a man who lives entirely off other’s contributions. He meets many local, older men, and judging from the smiles on their faces, it’s evident that they get along well. But as we never hear anyone speak, we can never tell for sure.

Wilcox is presented as a film with no dialogue, which didn’t quite prepare me for how quiet it actually is. In fact, the film barely features any diegetic sound at all, Côté overlaying most scenes with a light ambient hum. The camera palette is both filled with light and rather smudgy, as if someone has rubbed their greasy finger over the lens. It gives the film both a dreamlike feel and a distancing effect, forcing the viewer to project themselves onto the story instead of being swept up by it. In addition, brief archival clips of a tortoise with a rabbit, and a man with facial scars are inserted into the story like something from a dream, adding unnecessary flourishes that may increase the film’s artistic cache but did little to invest me emotionally in its story. These aesthetic choice may hamper Wilcox‘s chances of hitting cinemas, but it fittingly stresses his isolation, and perhaps makes it a perfect choice for a feature length installation piece. 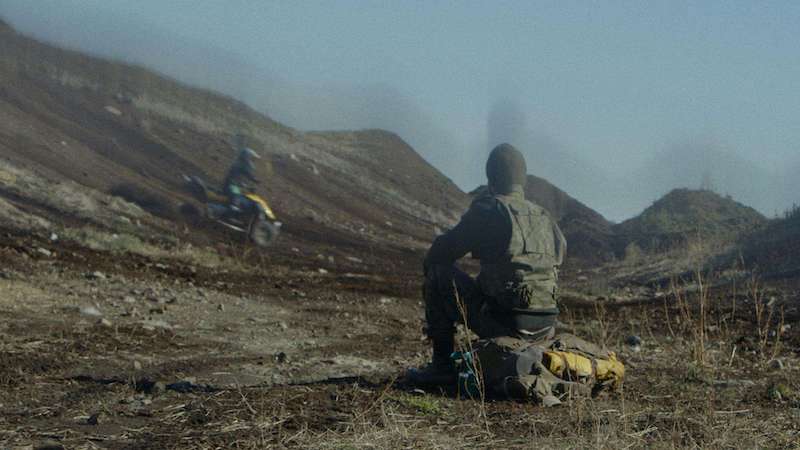 As we never hear Wilcox speak, we never know the reasons for his journey. Despite the film’s attention to detail — such as the tragic looking tinned food he eats, the way he sets up a tent for the night, and how he opens windows of other people’s houses — he is more an idea representing social isolation than a fully rounded man in and of himself. This seems to be Côte’s intention, rarely editorialising but allowing the main chunk of the story to speak for itself.

Nonetheless, the beginning and the end of the movie is bookmarked with short texts telling us of North American explorers who abandoned the civilised world and ended up either dead, missing or in jail. These include Christopher McCandless of Into The Wild-fame and Lillian Alling, a Russian expat who tried to walk back home to Siberia, and was last seen about to cross the Bering strait. Wilcox is presented as both compendium and tribute to these daring souls. Nonetheless, by lacking the drive of either McCandless or Alling, Wilcox is a hard man empathise with, making this a fascinating aesthetic experiment which lacks in truly emotive drama.

Wilcox premiered at the Locarno Film Festival, when this piece was originally written. It shows in October at the Cambridge Film Festival.