"Dirty gem"
What constitutes motherhood? This is the question Maternal (Hogar) wrestles with, a deeply Christian riff on the tale of the Virgin Mary! From the BFI London Film Festival

What constitutes motherhood? Is it something that is hereditary or something that can be earned? This is the question wrestled with in Maternal, which slyly reimagines the story of the Virgin Mary for modern times. A deeply Christian tale, both in its sense of empathy and its themes, Maternal is a precise chamber Italian-Argentinean co-production that wrestles with the meaning of motherhood, finding no easy answers yet imploring the viewer to bring their own faith and meaning to each scene.

It takes place almost entirely within an Italian nunnery in Argentina which doubles up as a sanctuary for single mothers. Either through abuse or paternal neglect, these women, some heavily pregnant, others already taking care of several kids, are given a free space to find their life anew under the patronage of the Catholic Church. 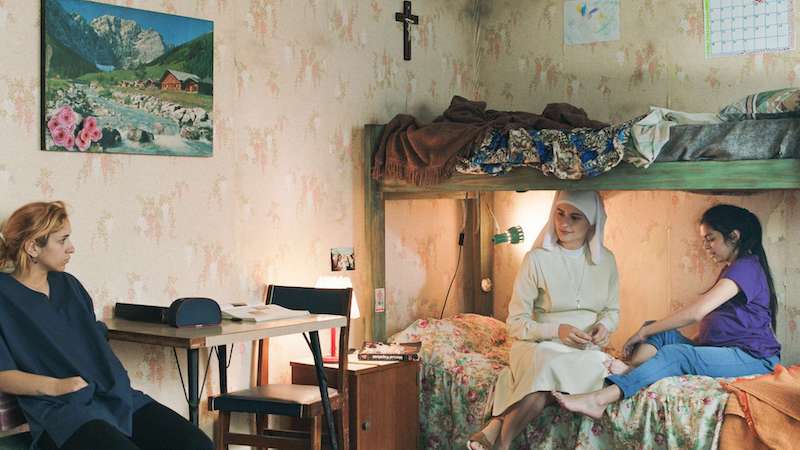 Luciano (Agustina Malale), however, seems to be more concerned with meeting up with men than taking care of her own child Nina, who she tells to leave her alone while applying her make up. Her best friend, the heavily pregnant Fatima (Denise Carrizo), is rather different, hewing to the rules of the institution and finding solace in the comfort of the nuns. When the young Sister Paolo (Lidiya Liberman), a novate from Italy, arrives to take her final vows, and gets closer to Fati, the two women’s relationship is strained.

Like many Argentinian films, Maternal is a quiet and thoughtful movie, more dependent on implication than express, underlined meanings. To highlight this point, there is no non-diegetic score telling us how we should feel in any given moment — even the credits are simply accompanied by the sound of traffic. This is a movie of faces, shot with soft light and tender appreciation; we are invited to look and feel as they feel, to imagine what goes through their mind even if they won’t tell us. As we are given such a clear overview of the nunnery — a place awash in pure white cotton, soft billowy curtains and muted candles — and its various rules, it is easy to understand the implications of each scene. Additionally, there are no speaking role for men in this movie; their affects upon these woman more pronounced through their absence. By focusing solely on these women and their life within the nunnery walls, debut director Maura Delpero treads a delicate and focused line right up until the final frame. 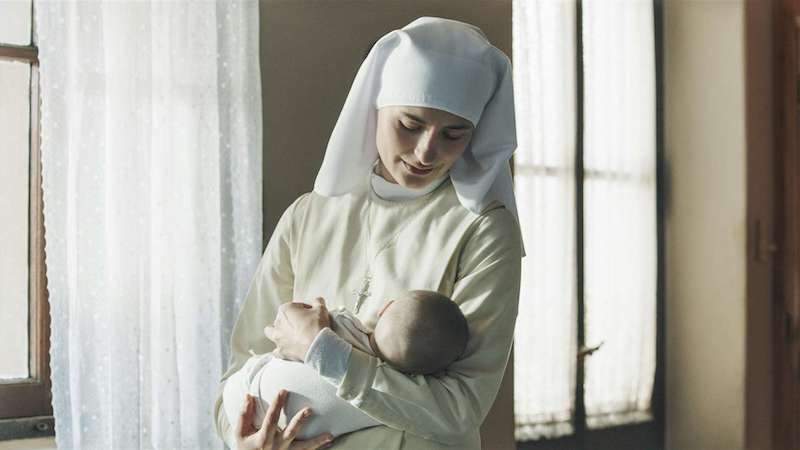 There is no judgement here. Instead Delpero equally weights the runtime between all three women, giving us ample time to understand their point of view. The central conflict is between the nuns, who are by nature celibate, and the mothers themselves: asking if they can really understand what it’s like to be a mother if they don’t have children of their own. This dramatic tension is heightened when Sister Paolo gets rather close to the neglected Nina, acting as a kind of mother figure herself. Is this right? Can she even be a mother? It’s worth considering that Mary, The Mother of God, herself was a virgin. Yet by resisting easy diagnosis, Maternal leaves it up to the viewer to decide.

Maternal debuted at Locarno Film Festival in the competition slate, when this piece was originally written. It premieres in the UK in October, as part of the BFI London Film Festival.

Self-proclaimed nuns challenge the American federal establishment and old prejudices by setting up a marijuana business for medicinal purposes - in cinemas and digital HD on Friday, April 26th [Read More...]