The glorification of male companionship has been celebrated in tragicomedies such as Withnail & I (Bruce Ronbinson, 1987) and Trainspotting (Danny Boyle, 1996). Animals, on the other hand, showcases the triumphant revelry between two young women, decadent in their communal taste for fermented depravity. Effortlessly translating Emma Jane Unsworth’s book from Manchester’s streets to the Irish capital, Animals zips with inspired zest, an energised exposition of elastic wit and inspirited storytelling.

Laura (the British born Holliday Grainger, complete with killer Dublin accent) fancies herself a writer, fancifully fantasising through voluminous bottles with the coquettish Tyler (Alia Shawkat). Their thirties fast approaching, the women see little reason to halt their precocious abilities to party, until love threatens to put these halcyon days to pasture. Minesweeping to Alphaville, Laura walks into the enigmatic Jim (Fra Fee), a precocious Ulster pianist whose scale painting conjures composites of satiated sexual desires. Between these silhouettes, a solitary fox walks, echoing the lonely poetry the film displays. 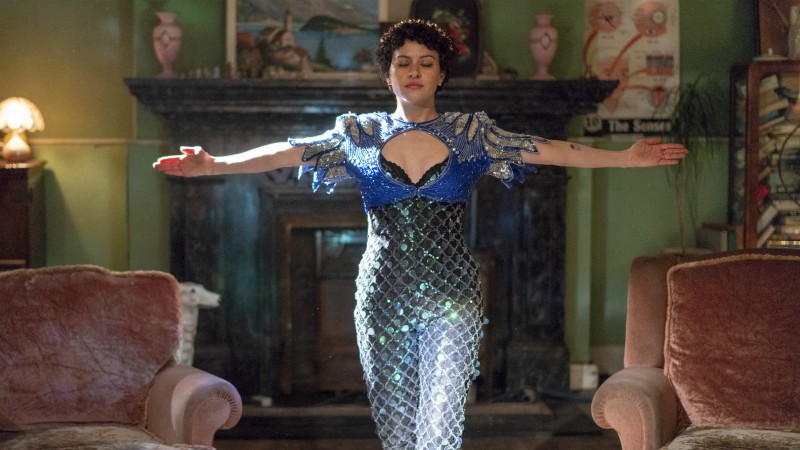 Befriending a musician, Laura looks to the emptiness of her novel, a work which has amassed 10 pages in as many years, at a time when her sister, once a free spirit who put fire to her vaginal hair in the name of drunken mirth, has gifted their parents a darling grandchild. Beside her stands Tyler, bohemian in outlook and lifestyle, hiding her mournful tears for a parent behind copious amounts of drugs and beer.

It’s not an exaggeration to say that the film works with cocaine speed, on cocaine ethics and cocaine rhythms, each shot more unsettling than the last. A communal poetry reading soon turns carnal, with powdered implements entering holes holier than nostrils, while a communal familial dinner is noted for some choice opinions on infertility. Tyler, proudly seeking pleasures from the world outside convention, turns to rhetoric to detail her every life. She chides her friend through an assemblage of wedding dresses as a bastion for idiotic men, while Laura prides her feminism on bringing modernity to the traditional wedding. 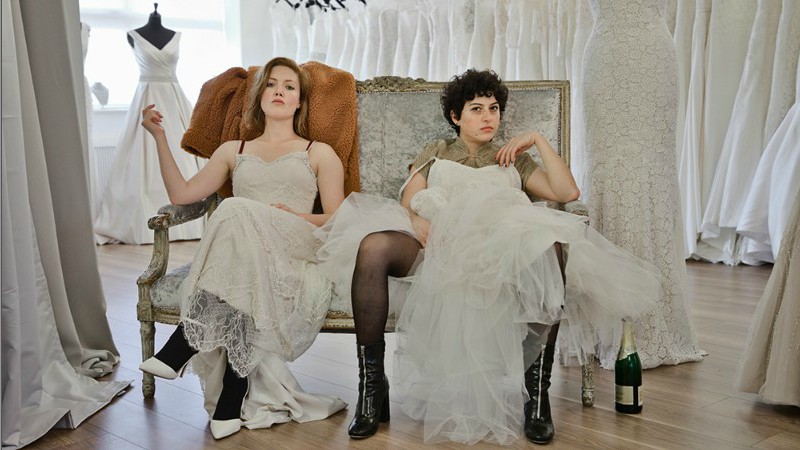 Animals is proudly liberal in its outlook. In a telling moment, Laura invites her fiancé to decide what to do with his body. The film makes use of both posteriors, Tyler walking to them with wine glasses to find her best friend in flagrante delicto beside a red brick wall.

Yet the film’s most intimate scenes concern the two women. Whether bed bound in conversation, rebounded in romantic interests or surrounded by Beatnik literati, the two saunter the Irish city with the contentment of deep friendship, one living through art, the other hoping to catch it. It really doesn’t get much better than this!

Animals is out in cinemas across the UK on Friday, August 2nd. On VoD in April 2020.