"Dirty gem"
The improbable relationship between two very different people living in the crowded city of Mumbai is the central pillar of this elegantly filmed and effective Indian production - in cinemas Friday, August 2nd

The titular photograph of Miloni (Sanya Malhotra) is the thread connecting the episodic narrative. It is taken by Rafi (Nawazuddin Siddiqui) a freelance photographer, eking out a living by taking pictures of tourists at the attraction of the Gateway. Against all the odds and despite the difference in age, background and education, they develop a strong connection.

Said photograph, which is never seen clearly, appears to transform Miloni into an image of beauty. Otherwise, she appears a self-effacing young woman devoted to her studies. Her willingness to go along with her family’s wishes is illustrated by her mother choosing the colour of the dress which suits her best. By volunteering the photograph taken by Rafi, she is compliant in responding to her parents plan to arrange an introduction to a suitable match for her. Despite her own interest in becoming an actress, she studies accountancy at college. 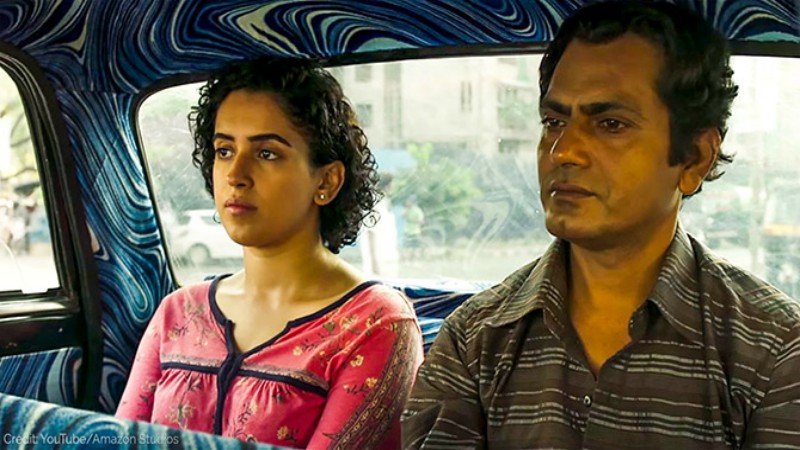 In contrast to the comfortable home where Miloni lives with her parents and sisters, Rafi shares one room in a multi-occupied building with a convivial group of friends and fellow photographers. They and others of Rafi’s acquaintance make much of the fact that his grandmother, living in his home village at a considerable distance (three days journey by train) wants to see him married. He has provided a dowry for each of his sisters and sends money regularly to his grandmother leaving himself with no means of setting up home himself.

Left with extra copies of the photograph of Miloni, it occurs to Rafi to send a sample to his grandmother as proof that he has a girlfriend, not anticipating that this will result in his grandmother coming to see for herself. This sets off a chain of reactions which form the main body of the film. Miloni goes along with the deception and even creates a back story for herself as an orphan. The character of the grandmother (played by Farrukh Jaffar) motivated by the need to see her grandson married, is a an unusual portrayal of a woman in old age, well able to adapt to life in the big city. 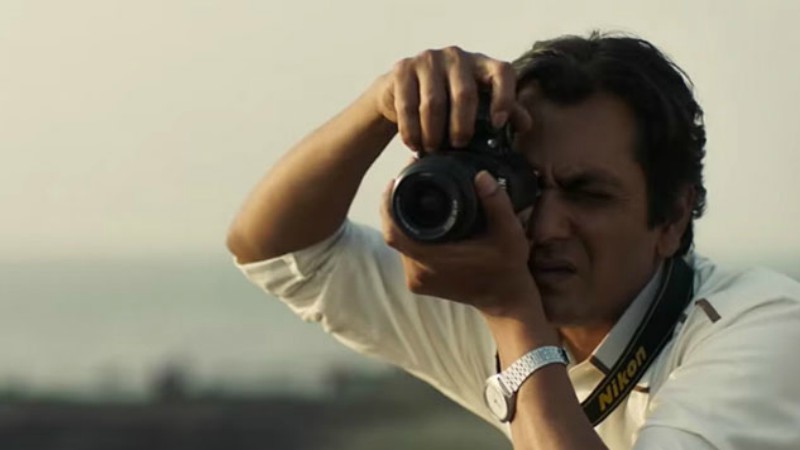 Various encounters with taxi drivers, visits to the cinema, a meeting with prospective husband (whose aim in life is to get away from his parents) expand our understanding of the characters of the couple. Miloni with the awareness of Rafi waiting in the background manages effectively to get away from her unpleasantly assertive college lecturer. She benefits from advice from the more worldly-wise maid within her parents household.

Despite the differences in background, Rafi and Miloni each have stories which demonstrate their strong attachment to their grandparents. Little is said but they manage to meet up quite successfully and spend time together. The specially composed music supports the screen images, often creating a melancholy but intimate atmosphere. Who knows how their friendship will progress but each appears to have a deepening understanding of their importance to each other.

Photograph is in cinemas across the UK on Friday, August 2nd.

Living in a conflict-ridden Kashmir, a "half widow" must find the strength to fight for herself in an absurd situation all too real - from the London Indian Film Festival [Read More...]

Michael Winterbottom's latest action thriller is a travelogue of the world's second most populous nation, and it starts off very well before it descends into something predictable and trite - now also available on VoD [Read More...]