Marianne and Leonard: Words of Love

"Dirty gem"
After decades of continuous "so longs", Leonard Cohen and his muse Marianne Ihlen finally say goodbye, and it all comes neatly full circle - in cinemas Friday, July 26th.

They were in a relationship for eight years. They spent about six months a year together in the Greek Island of Hydra. Then four months. Then two months. Then two weeks. After the eight-year period and the relationship name to an end, they would still see each other for a couple of days a year, Leonard Cohen joked. The two lovers remained connected through music and memories. After all, there ain’t no cure for love. Until one day Marianne became fatally ill. This time, she had to say farewell. She died in July 2016. Leonard Cohen wrote a love letter: “Know that I am so close behind you that if you stretch out your hand, I think you can reach mine”. He passed away just three months later.

The latest work by English documentarist Nick Broomfield – more recognised for controversial and inflammatory pieces such as Aileen Wuornos: The Selling of a Serial Killer (1992) and Sarah Palin: You Betcha! (2011) – is tender, intimate and respectful of his subjects. Broomfield himself was a friend of Marianne Ihlen, as well as an occasional lover. She is described as “extremely kind and generous” throughout the movie. Marianne and Leonard: Words of Love is a love letter to the titular characters. 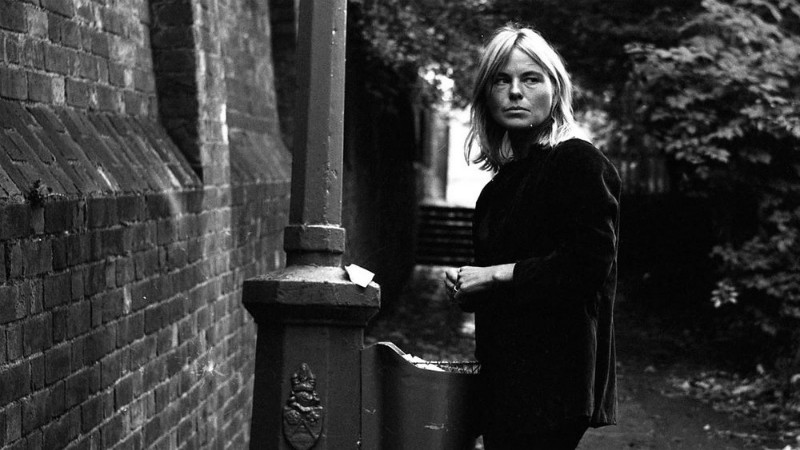 The film starts in the 1960s in the idyllic Greek island. Cohen was a writer struggling to make ends meet. His latest book was panned by critics, who described it as “verbal masturbation”. He wasn’t a singer yet. He was neither rich nor famous. He met Marianne and her toddler Axle and became some sort of father figure to him. Marianne – who was extremely shy and never thought of herself as beautiful – became his muse. He then composed the famous song So Long Marianne, which catapulted him to fame. She first thought that the song wasn’t for her because her name is pronounced “Mariana”. Ironically, it was the fame brought by the song that caused Leonard Cohen to drift from the sun-kissed Norwegian beauty.

Everybody knows that the 1960s were a time of sexual freedom and LSD, and Leonard Cohen was extremely famous and attractive. He became a magnet for females. He also became very promiscuous. He described his life as a “blue film”, and as with any blue film “without romanticism”. He also started a relationship with Suzanne (the one from the eponymous song) in Montreal. He argued that his constant travel and departures, and inability to settle were not a symptom of selfishness, but instead a mere question of survival. Eventually, Marianne decided to split up and move back to Oslo, where she married a seemingly loving and devoted husband. 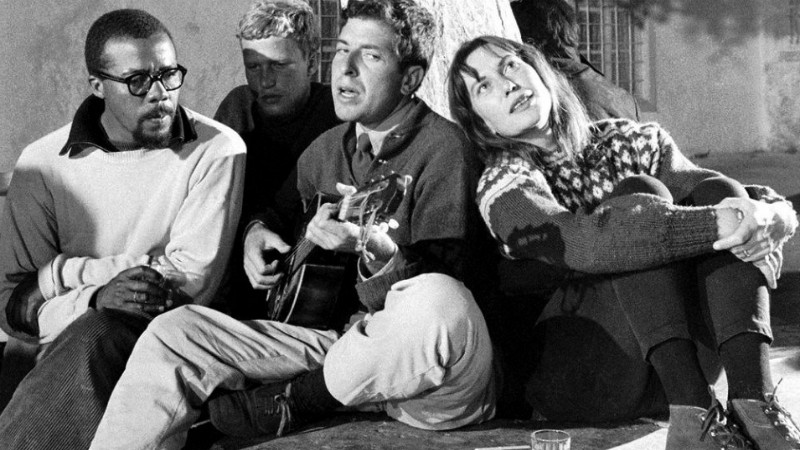 It’s not easy to make a film about Leonard and Marianne in equal measures. Marianne’s life was far less eventful than Leonard Cohen’s. That’s why Broomfield focuses primarily on the Canadian artist. We learn about his Russian mother, his recurring depression problems, his stint at the Bald Zen Center at Los Angeles, and so on. There’s a lot trivia most die-hard fans such as myself are likely familiar with, including the Janis Joplin blow job at the Chelsea Hotel and his creepy experience working with gun-toting Phil Spector. Strangely and disappointingly, Leonard Cohen’s songs are mostly absent from the movie (a live extract So Long, Marianne and Bird on a Wire, the two songs inspired by Cohen’s Scandinavian muse, are only briefly heard).

The end of the movie is beyond powerful. Marianne reads Cohen’s final poem to her on her hospital deathbed, being reminded of the frailty of their bodies and their imminent end. She finds peace in his final words. Their relationship finally came full circle. Hey, that’s the way to say goodbye!

Marianne and Leonard: Word of Love is in cinemas Friday, July 26th.

Was he miles ahead of his time? Biopic by Don Cheadle rescues the legacy of late American jazz musician Miles Davis, including little-known aspects of his life as a recluse [Read More...]