"Dirty gem"
Three decades after its original release, Spike Lee's magnum opus has lost none of its power to provoke and delight in equal measure - back in cinemas on Friday, August 2nd

A day in the life tale of a racially divided block in Brooklyn, the one-of-a-kind talent’s fourth film rightly catapulted his rise to fame and ushered in a new era for black film in America.

This is Spike Lee at his best: direct, unflinching and didactic. He implores the US to find its better self, and to rise above the hatred and to sort out its differences. In the light of his recent, far more politically pointed yet structurally looser works such as Chi-Raq (2016) and BlacKKKlansman (2018), Do The Right Thing stands out for the way it feels both contained and generous, its plot slowly simmering to boiling point while allowing a whole world to teem and bustle within its frames.

In one of the best bits of self-casting in cinematic history, Spike Lee plays the protagonist Mookie, working in a pizzeria in a predominantly black neighbourhood, hereby acting as a bridge between the Italian and African-American community. He also embodies the tensions of a black man in a neighbourhood where all the economic power seems to be contained in the hands of others — both Italian and Korean, with nothing left for the African Americans. 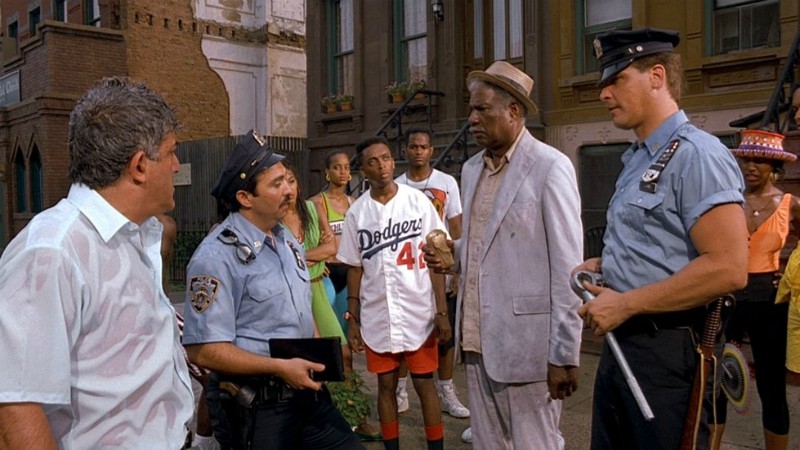 Danny Aiello excels as Mookie’s boss Salvatore, whose pride in his role as the block’s pizza provider borders on the patronising. While not as blatantly racist as his son Pino (John Turturro), he seems wilfully blind to his own prejudice. While often seeing himself as the voice of reason, he quickly rises to anger when his authority is challenged, displaying the privilege of the white man in relative power. Mookie resents his role as the poorly paid delivery man, constantly telling the mother of his child (Rosa Perez) that one day he’ll quit and finally make something of himself.

This central conflict is played out against the wider backdrop of community life, panoramically staged. It often feels like it is channelling the fleeting, joyful and observant poetry of Langston Hughes, the great African American writer who dazzlingly teased out the contradictory realities of black life in America. Whether its the middle-aged men on the block, who shoot the breeze all day while sweating in 100 degree Fahrenheit heat, or the old drunk, acting like the conscience of an entire nation, or the jazz-like rhymes of Samuel L. Jackson as a radio host, Do The Right Thing could have worked as a mere observational piece like Smoke (Wayne Wang and Paul Auster, 1995). What Lee does that’s so clever is weave these different, contrasting lives into the narrative itself, until clashing ideologies finally force the dam to break.

The film functions like a Russian doll of racial conflicts. Episodic scenes such as the Italian-American driver getting his car sprayed by a loose fire hydrant, the white brownstone owner told to leave the predominantly black neighbourhood and Mookie’s own conflicts with his Hispanic mother-in-law, are mini-stories within the main story, showing how on hot days, any small conflict can potentially spill into violence. The spark in this case may be Buggin’ Out (Giancarlo Esposito) demanding a black person adorn the walls of Sal’s pizzeria — which features only famous Italian-Americans such as Al Pacino and John Travolta despite catering to a mostly black clientele — but on another day it could’ve been something else entirely.

Perspective is everything. Its constant change is brilliantly reflected by Ernest Dickerson’s cinematography, excellently using skewed angles to portray differing viewpoints in the neighbourhood. This is complemented by the fine deep shots and wide angles, allowing side characters to constantly flit in and out of the background, giving the impression of a corner constantly bustling with life. Then in one brutally effective sequence, characters talk directly to the camera, shouting every racist epithet under the sun, showing how prejudice is something of a performance in itself; a tale as old as time, perhaps impossible to unlearn. 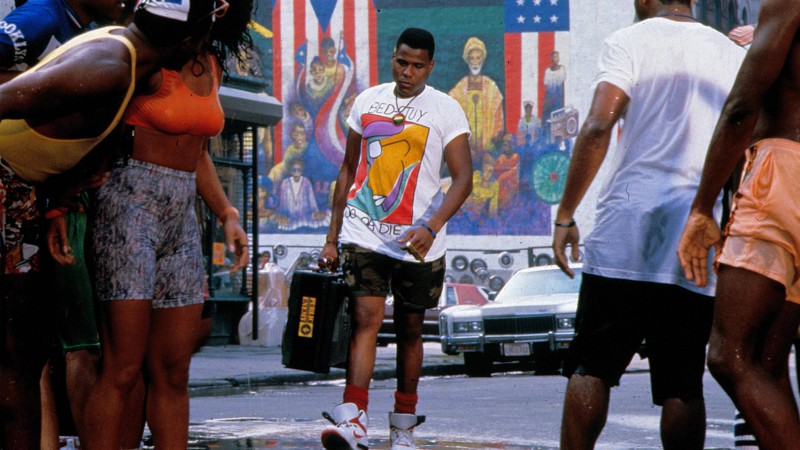 When s**t hits the fan and the police finally arrive and brutally strangle Radio Raheem (Bill Nunn) to death in a scene that horrifically predates Eric Garner’s murder by about 25 years, it becomes clear that the issues facing this neighbourhood cannot be solved within the neighbourhood alone. These are structural problems built upon a fundamentally racist society. Do The Right Thing is so brilliant precisely because its representation is so knotty and its conflicts seemingly unsolvable. It’s not a fairy tale like To Kill A Mockingbird (Robert Mulligan, 1963) where racism can be evaporated through taking your jacket off and giving a good speech.

With everyone so set in their ways, finding a way through can seem almost impossible. But it is not the role of a filmmaker to provide solutions, but to start the kind of conversations that can lead to solutions further down the road. Spike Lee possibly does this better than anyone. With the jury still out on whether Mookie did the right thing by throwing the garbage bin through the pizzeria window, its the kind of conversation-starting cinema that’s needed now more than ever.

Despite its essentially timeless nature, the only thing that seems dated is the portrayal of the Korean shop-owners, put in to provide extra colour but lacking a own perspective of their own. While Lee is usually so good at transcending basic stereotypes (consider the heft given to the complex racial past of the Italian-Americans) the Asian characters have no part to play apart from owning a shop while withstanding prejudice from both black and white patrons. It just goes to show that even Spike Lee has a lot of learning to do. We all do.

The 30th anniversary edition of Do The Right Thing is in cinemas on Friday, August 2nd.